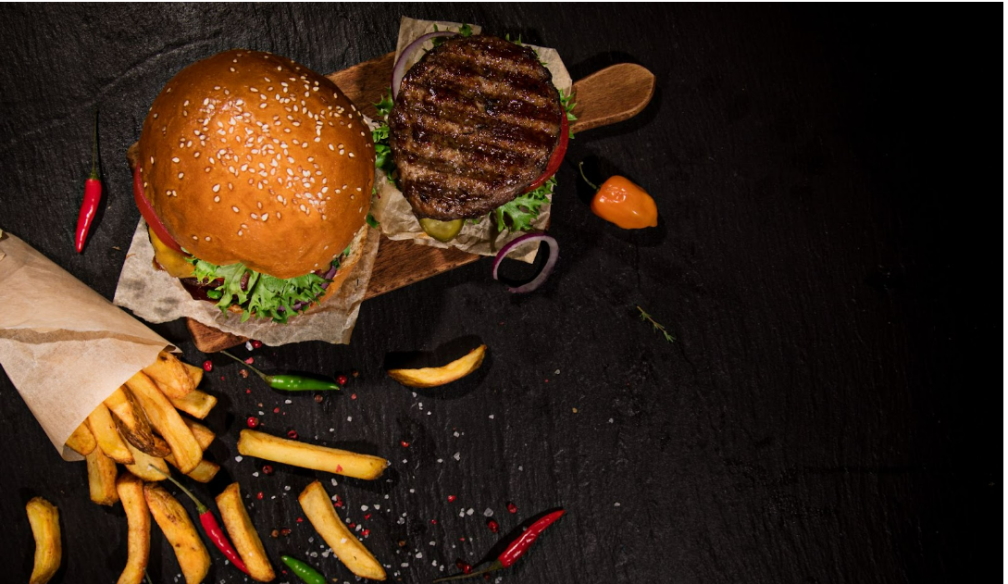 The burger is considered a culinary classic and it has a long and colourful history. Believed to have originated in Hamburg, Germany, the burger made its way to the United States in the late 19th century, where it quickly became a popular menu item at diners and lunch counters around the world.

In the 1920s, burger restaurants began to pop up across the country, and the burger became an American icon. Nowadays, burgers are enjoyed by people of all ages and can be found on menus all over the world. Whether you like your burger with cheese or topped with avocado, there's no doubt that this classic dish is here to stay.

And we’re spoiled for choice when it comes to sourcing the best burgers. Whether you’re dining at a  burger restaurant in Sydney, enjoying a gourmet burger at a high end eatery or just grabbing a quick bite at a fast food chain - this culinary classic is available in almost every major city in the world. But the humble hamburger has had many shifts and changes along the way.

It Was Originally Called the Hamburg Steak

If you've ever enjoyed a juicy hamburger, you have the city of Hamburg, Germany to thank. In the nineteenth century, German immigrants brought the concept of the Hamburg steak to the United States. These steak patties were made from a blend of ground beef and pork and were originally known as the "Hamburg steak."

While the exact origins of the Hamburg steak are unknown, it is thought to have been introduced to America by German immigrants in the 19th century.

The popularity of the Hamburg steak soon began to spread, and it wasn't long before enterprising Americans began serving them up at lunch counters and diners across the country. By the early twentieth century, the Hamburg steak had become an American classic, and it is now one of the most popular menu items in the country.

McDonald's and Burger King (Hungry Jacks) are the two largest fast food chains in the world, and both have exerted a considerable influence on the way that hamburgers are consumed. Prior to the advent of these two chains, hamburgers were largely seen as a regional dish, enjoyed primarily in the American Midwest.

However, McDonald's and Burger King popularised the idea of the hamburger as a global phenomenon. By offering cheap, convenient burgers that could be consumed on the go, these two chains helped to make the hamburger one of the most ubiquitous items on the fast food menu.

In doing so, they also had a significant impact on the way that burgers are prepared and served. For better or worse, McDonald's and Burger King have helped to shape the way that we think about hamburgers today.

In the early days of the fast food industry, hamburgers were seen as a cheap and convenient option for busy Americans. However, over time, chain restaurants have come to dominate the market, and this has created a perception that hamburgers are low-quality food.

This is primarily due to the way that these restaurants mass-produce their burgers, using lower quality meat and cheaper toppings. In addition, many chain restaurants use frozen or pre-cooked burgers, which can further reduce their quality.

As a result, it is no surprise that hamburgers have a reputation for being unhealthy and unappetising. However, there are still some burger joints that take pride in serving fresh, delicious burgers. These restaurants are often independent businesses that use higher quality ingredients and cook their burgers to order.

So next time you're in the mood for a burger, don't settle for the nearest chain restaurant. Seek out one of these hidden gems and enjoy a truly delicious burger.

In 1986, Five Guys opened its doors in Arlington, Virginia, and changed the burger game forever.

Up until that point, most fast food burgers were mass-produced and made with cheap, processed ingredients. But Five Guys used fresh, more responsibly sourced ingredients, and their burgers quickly gained a devoted following.

Today, the better burger category is one of the fastest-growing segments in the restaurant industry, and it all started with Five Guys. Thanks to them, we now have a wider variety of burger options to choose from, and we know that a burger can be so much more than just a cheap fast food meal.

The Rise of the Gourmet Hamburger

In the past, the hamburger was seen as simple food, nothing more than a quick and easy way to satisfy a hunger pang. However, in recent years, the humble burger has undergone something of a transformation. Thanks to the rise of the gourmet burger restaurant, the humble burger is now seen as a culinary delight.

These restaurants take great care in sourcing their ingredients, using only the freshest and highest quality beef, cheese, and produce. They also offer a wide range of creative toppings and sauces, giving customers the opportunity to customise their burgers to suit their taste.

As a result of this trend, the hamburger is no longer seen as a simple food; it is now an affordable luxury.

In recent years, vegan burgers have surged in popularity. While once a niche product, vegan burgers are now widely available at both fast food chains and high-end restaurants. There are a variety of reasons for this change.

First, more and more people are looking to reduce their meat consumption for health or environmental reasons. Second, vegan burgers have come a long way in terms of taste and texture. Thanks to advances in food technology, they now closely mimic the taste and feel of traditional beef burgers.

Whether you’re a committed vegan or simply looking to cut down on your meat intake, there’s never been a better time to try a vegan burger.