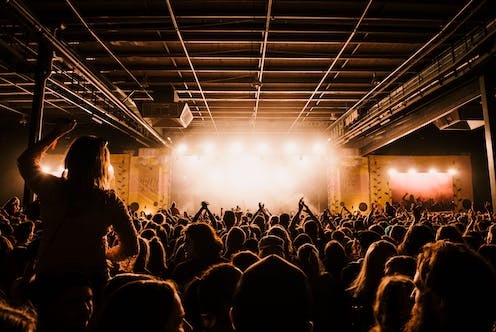 Over the past three years, our Making Music Work project has mapped the creative, social, cultural, and economic realities of a music career in Australia.

We surveyed nearly 600 musicians to understand their working lives, creative goals, career paths and economic circumstances. We also conducted interviews with 11 diverse musicians to explore their careers in more depth.

Our study shows the vast majority of Australian musicians undertake a portfolio career which encompasses concurrent and often impermanent roles. This is not a new phenomenon but in recent decades there have been major shifts in how music is made, paid for and consumed.

Now, the impact of COVID-19 on the funding and policy landscape has dramatically affected how musicians develop and sustain their careers – or not.

Musicians told us they stay in the music industry because of their love and passion for music, which is central to their identity. Far from the “starving artist” myth, they combine music and non-music work in highly entrepreneurial ways. Surveyed before the current crisis, almost half (49%) the musicians in our study held two or more concurrent paid roles.

We found 560 different job titles, the most common being instrumental musician (25%) and private music teacher (10%). Musicians worked in music-related jobs as disparate as composers, sound technicians and community arts workers, and non-music jobs including sales assistants, journalists and librarians.

We spoke to musicians from 18 years old to 65 and above. Almost 70% had worked in music for more than 10 years, with nearly one in three of them practising as professional musicians for more than 20 years. This gives an indication of how committed Australian musicians are to the industry and sustaining their music careers and creative practice over time.

While most musicians we studied are committed to the profession, 12% said that they were thinking about leaving.

The most common reasons for leaving the music industry were financial stress, lack of income and caring responsibilities – all of which have since been exacerbated by the pandemic.

Performance is the most common paid activity for musicians, with two-thirds of musicians deriving at least some of their income from performance fees.

Live performances are also crucial for peer networking and career development. Peer networks are mostly built and maintained through events, and are key to musicians’ building and renewing skills, developing new creative collaborations and securing jobs.

Given live music was immediately impacted by the COVID-19 restrictions and will be slow to return, the capacity of musicians to maintain their careers has been severely limited.

Rob Nassif on the importance of live performance.

Federal, state and local governments have initiated a range of targeted grants and subsidies to help support the sector and its workforce. However, lobby groups and representative bodies have called for significantly more funding.

Read more: Friday essay: the politics of dancing and thinking about cultural values beyond dollars

On 10 June, music rights organisation APRA AMCOS published an open letter with more than 1,000 industry signatories imploring the Australian government to consider a suite of proposals.

In making their case, the signatories assert:

[w]e contribute $16 billion to the economy and we are an asset that is a lynchpin for the tourism and hospitality sectors and a powerful driver of metropolitan and regional economies and export to the world.

Musicians are predominantly self-employed or are employed on temporary contracts, leaving them ineligible for the current JobKeeper scheme.

Only half of musicians receive all of their income from music-related work, and the most common sources of music-related income are performance fees, music teaching and grants. The average income from all work was $41,257, with a median income of $30,576.

While the Australian government has permitted early release of superannuation in response to COVID-19, our study has shown that musicians have limited access to this and other employment-related benefits.

Less than one-third of our survey participants reported employer-based superannuation contributions, and only 7% had access to a health plan or private health insurance scheme.

Read more: The government says artists should be able to access JobKeeper payments. It's not that simple

In spite of the challenges, Australian musicians have shown tremendous creativity and resilience in adapting their work to online environments during the pandemic.

Emily Smart on how the internet affords opportunities to collaborate.

Musicians’ resilience is unsurprising given how creatively and financially nimble they have to be when negotiating music and non-music roles. To successfully engage across a variety of markets, genres and performance sites, musicians deploy diverse and agile skill sets. If they were to receive similar support as other sectors of the economy in this current crisis, they would be well placed to survive and thrive into the future.

Throughout our research, Australian musicians generously shared their expertise. They recognise the crucial role of peer networks to develop creative practices, sustain livelihoods and nurture the sector. This creative generosity will be central to the industry’s recovery from COVID-19.