We’re building a lot of apartments in Australia. High-density precincts are being developed across our major cities. But these buildings and neighbourhoods are often not designed and managed in ways that meet the needs of lower-income residents.

Our research released today identifies five key problem areas. We also propose a broad range of solutions, including six outlined in this article. Some are easy to apply and others will require more effort and funding.

Read more: This is why apartment living is different for the poor

Business as usual, however, will result in increasing social and economic costs. This is because the proportion of Australians living in apartments, now one in ten, continues to increase. In recent years, we’ve been building bigger apartment complexes and creating more high-density precincts (buildings of four storeys or more).

Apartments house a broad cross-section of the population. However, they are more likely than other dwelling types to house people on lower incomes, especially in Sydney and Melbourne. Over 70% of Australia’s high-density dwellings are in these two cities. 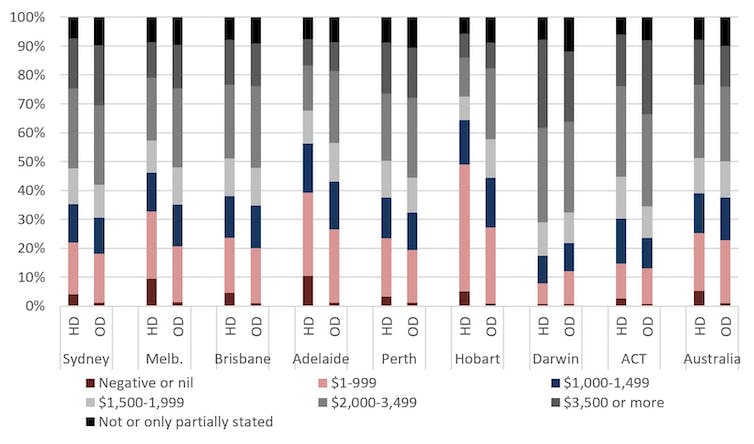 Income distribution of households in high-density (HD) dwellings (4+ storeys) and in all other dwelling types (OD). Data from ABS Census 2016

Lower-income households have less choice about their living situation. This means they’re particularly affected if their building or neighbourhood is poorly designed or managed. It’s especially important, then, for our planning and development processes to consider their needs.

So how can we make sure the apartments and neighbourhoods we’re building meet the needs of lower-income households (the bottom 40% of incomes)?

What are the problem areas?

Our research investigates this issue. It included case studies across four high-density neighbourhoods in Sydney and Melbourne.

Residents of Upper Strathfield in Sydney were living next to an empty development site, without the street upgrades or park they’d been told was coming. The development had been delayed, which also delayed the contributions needed to provide this infrastructure. One grandmother we spoke with walks past the site with her grandchildren to catch a train to go to a park in another suburb.

In the same local government area, Rhodes West has fantastic local parks and a multipurpose community centre. It was designed with community input and funded through negotiated developer contributions.

These neighbourhoods provide a notably different quality of life, even though lower-income residents live in both precincts and both are in the same local government area. This highlights why improved policy responses, applied consistently across cities, are needed.

We identified five main points of tension in delivering high-density buildings and precincts that meet the needs of lower-income residents. These were:

Our AHURI report, Improving Outcomes for Apartment Residents and Neighbourhoods, proposes priorities for policy and practice to help resolve these tensions and guide future high-density development.

Implementing these recommendations will require strong co-ordination by government agencies in partnership with private developers. Ensuring developments are both publicly beneficial and privately profitable is challenging for planning authorities. 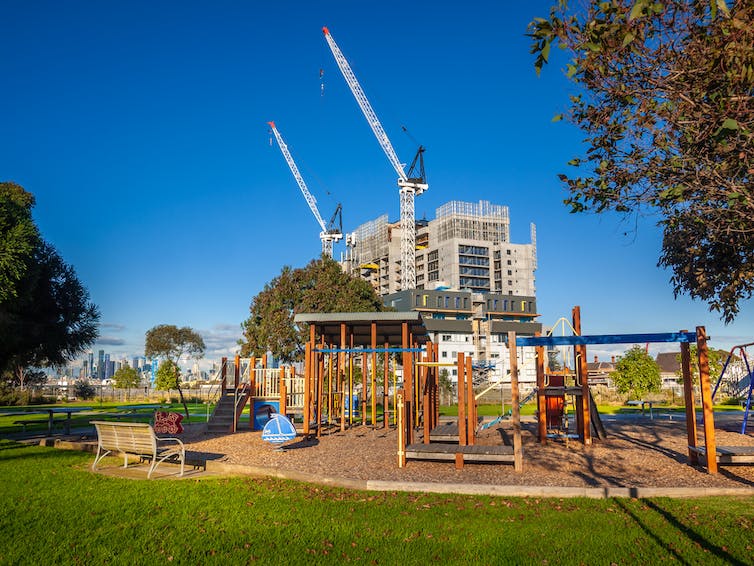 Having a park nearby will greatly improve the quality of life for residents of these apartments in Melbourne. Shuang Li/Shutterstock

Read more: What's equity got to do with health in a higher-density city?

Relying on development contributions to provide these facilities can be risky. In some case studies we found developer contributions did fund parks and community centres. In others, stalled developments left residents with poor local services.

Some of our proposals are relatively easy to apply. Examples include:

Others proposals will require significant effort and funding by both government and industry. Examples include:

Read more: How to turn a housing development into a place where people feel they belong 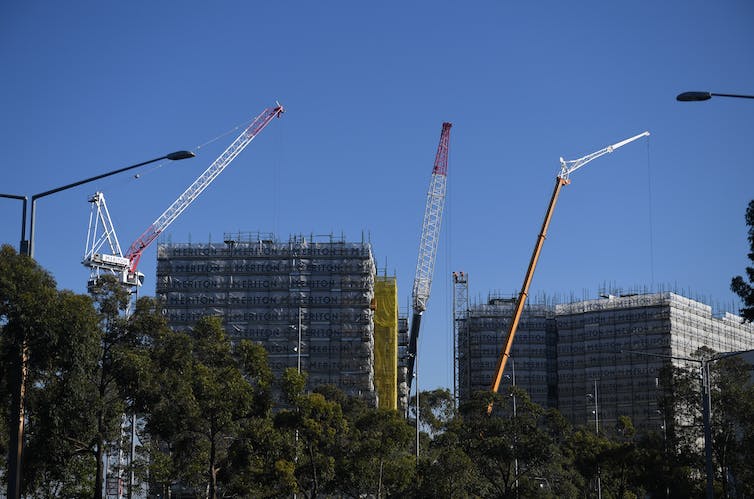 The scale of the shift to high-density apartment living in Australia means not getting developments right creates significant costs. Brendan Esposito/AAP

We need to prioritise these changes to ensure our high-density neighbourhoods meet the needs of all residents, not just the wealthy. If we don’t, there will be social and economic costs.

Apartment living is growing fast, meaning more people will experience the pros and cons of high-density living in coming years. Failure to cater for this shift, and to reduce the inequities lower-income residents face, risks undermining the prosperity and social cohesion of our cities.