Summer might be more than six weeks away, but out-of-control bushfires have already torn across parts of eastern Australia in recent days, destroying homes and threatening lives.

As of Wednesday afternoon, up to 30 homes were feared lost or badly damaged by bushfires burning in northern New South Wales. About 40 fires burned across the state.

This did not come as a surprise to meteorologists and fire agencies. Record-breaking heat and windy conditions were forecast for parts of NSW and Queensland this week, prompting severe fire danger ratings.

We’re often told the Australian bushfire season is starting earlier. This year it began in September on the eastern seaboard. Last year and in 2013, significant spring fires hit NSW and in 2015 they affected much of the nation’s southeast.

But what lies behind this phenomenon? We examined seasonal fire weather history for 44 years at 39 weather stations to find the precise answer. 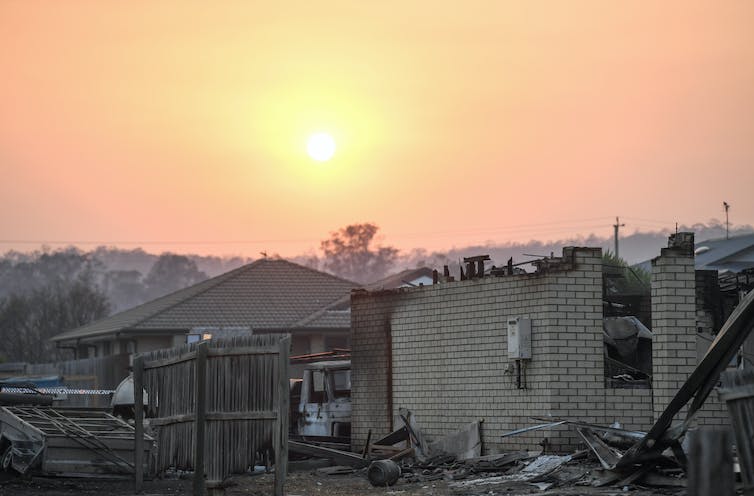 The prerequisites for a severe bushfire season are high temperatures, low humidity, and strong winds that coincide with long periods of low rainfall.

These weather ingredients are used to calculate an area’s fire danger rating, using the Forest Fire Danger Index. The index produces a score reflecting the severity of fire weather on a given day, where zero represents minimal fire danger, 50 represents conditions where a fire ban may be issued, and 100 is considered potentially catastrophic.

Loss of human lives and property most often occurs on days when the index is high in a particular area. But strong seasonal fire weather doesn’t always translate to high-impact fires. Other factors in play include terrain, vegetation, ignition and the weather on the day.

In our research, we analysed the strength of the worst fire weather conditions to understand the relative severity of fire weather during different seasons and years, in relation to various climate drivers.

Why is fire weather so different every year?

In Australia, the year-to-year changes in climatic conditions are largely driven by three factors: the El Niño Southern Oscillation, the Indian Ocean Dipole, and the Southern Annular Mode.

Each of these climate drivers involves either changes to sea surface temperatures, wind movements, or both. They can all can affect temperature and rainfall patterns across the Southern Hemisphere, including Australia.

Our research confirmed that across the continent over more than four decades, climate drivers have affected the variability of Australia’s fire weather.

Of these drivers, the El Niño Southern Oscillation is the most influential. Weather during an El Niño phase is typically hot and dry, leading to worse seasonal bushfire conditions.

The positive phase of the Indian Ocean Dipole often coincides with El Niño and exacerbates its effects. This phase generally results in lower than average rainfall across southern Australia.

But when these two climate modes are in a negative phase, our research confirms that Australia often experiences more rain and milder bushfire conditions.

The modes evolve over many months and their effects on fire weather persist for several seasons. Their state during winter and spring is a strong indicator for the rest of the fire season for much of Australia.

The Southern Annular Mode refers to the north-south movement of strong westerly winds in parts of the Southern Hemisphere. When the mode is in a prolonged negative phase, fire weather conditions in Australia are worse - particularly in NSW. This effect is pronounced in winter and spring and means less rainfall and strong westerly winds.

The 2019 winter saw a persistent negative Southern Annular Mode, as did the 2013 and 2018 winter and spring seasons. There was a strong El Niño event and positive Indian Ocean Dipole in 2015. Australia’s bushfire season started earlier than usual in each of these years.

The converse is also true. In 2011 a strong La Niña (the opposite of an El Niño) resulted in milder bushfire seasons, as did the negative Indian Ocean Dipole of 2016.

Climate change is a culprit too

Long-term climate change in Australia is an undeniable reality. The State of the Climate 2018 report for Australia notes strong land surface temperature increases and a 10-20% decline in cool season rainfall across southern Australia since the 1970s. These changes are closely associated with increasing human greenhouse gas emissions, as well as natural variability.

The changed conditions has led to an average increase in the severity of seasonal bushfire weather across Australia - especially in southern parts of the continent. The increased severity affects all seasons but in particular spring, which means that, on average, the bushfire season is starting earlier. 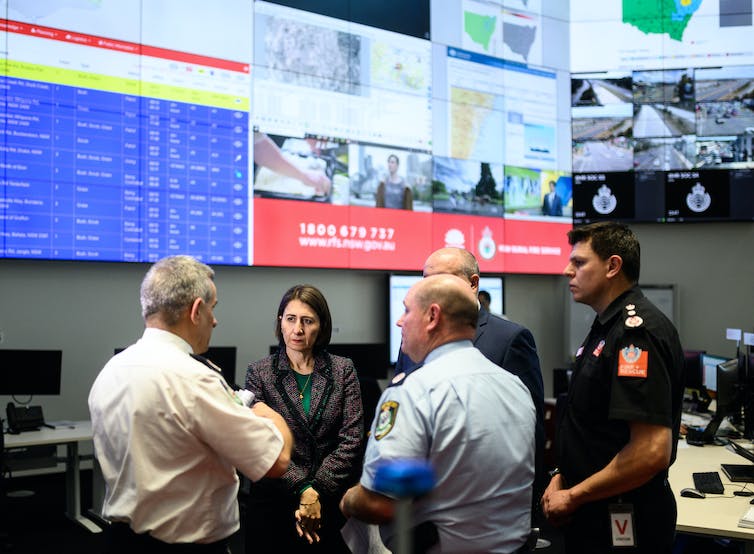 Pulling it all together

Our research has made clear that climate modes bring large and rapid swings to the fire weather, while human-induced climate change gradually increases background fire weather conditions. The trend generally means an earlier start to the bushfire seasons than in the past.

Climate change is definitely playing a role in producing the earlier start to bushfire seasons and overall more extreme seasons, particularly in southeastern Australia. However, the natural variations in climate modes continue to play a key role, meaning we should not expect every bushfire season to be worse than the last as a result of climate change.

Similarly, a few milder bushfire seasons among a string of record high seasons does not mean that climate change should be dismissed.