The latest report card on Australia’s greenhouse gas production is the same old news: emissions are up again. We’ve heard it before, but the news should never stop being confronting.

It’s 2019. The first assessment report of the Intergovernmental Panel on Climate Change, which outlined the serious consequences of unmitigated climate change, was released the better part of 30 years ago. But Australia is still going backwards.

Emissions from one of the sunniest and windiest countries on the planet, blessed with every possible advantage when it comes to emissions reduction potential, are still rising. How do you justify that? 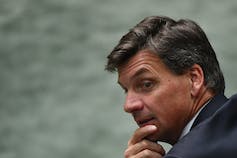 Energy and Emission Reduction Minister Angus Taylor tried to justify it by blaming gas. He said if you ignore the greenhouse gases released when producing gas for export, Australia is doing well because emissions in the March quarter fell by 0.3%.

It’s a bit like suggesting that if you ignore the cancer, smoking is completely fine. It’s untrue, and ignores the bigger part of the problem.

How does producing gas for export release fossil fuel emissions?

A mammoth share of the coal and gas that Australia produces goes to the international market.

The combustion of these fuels is not counted in Australia’s ledger, though. This is because the United Nations Framework Convention on Climate Change counts emissions from the combustion of fossil fuels in the country where they are burned. 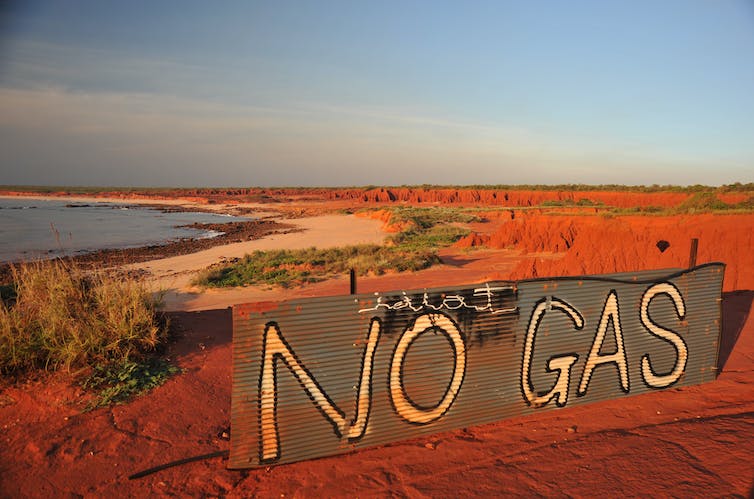 A protest sign at the site of a proposed liquid natural gas plant at James Price Point in Broome. AAP

Gas is principally made up of methane, a greenhouse gas that is 30-80 times more powerful than carbon dioxide. When it leaks, it has an outsized impact on the climate - and these emissions are growing fast.

Putting our gas emissions in perspective

It is disingenuous to use the production of gas exports to explain away Australia’s poor performance on emissions reduction.

In the 2018 financial year, around one in seven tonnes of greenhouse gas emitted from Australia was released in the process of making even more greenhouse gas, from both gas and coal extraction.

That means that six in every seven tonnes of greenhouse gas Australia emits can largely be attributed to the the total absence of a national climate policy. 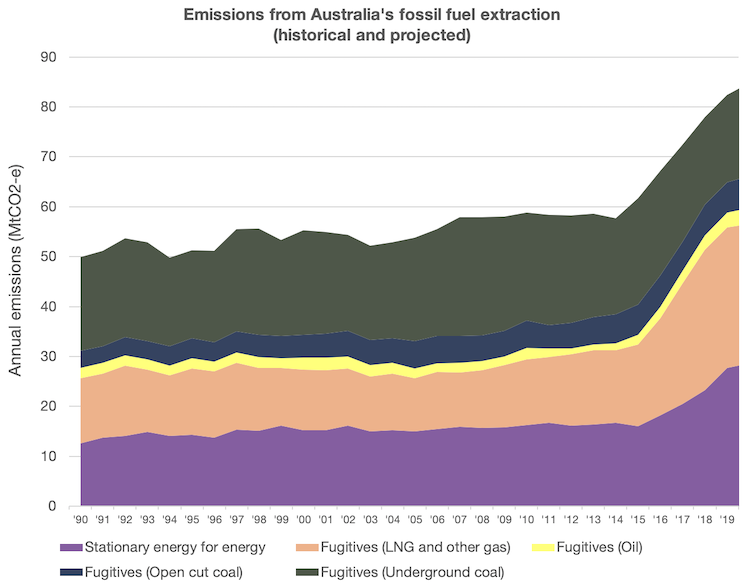 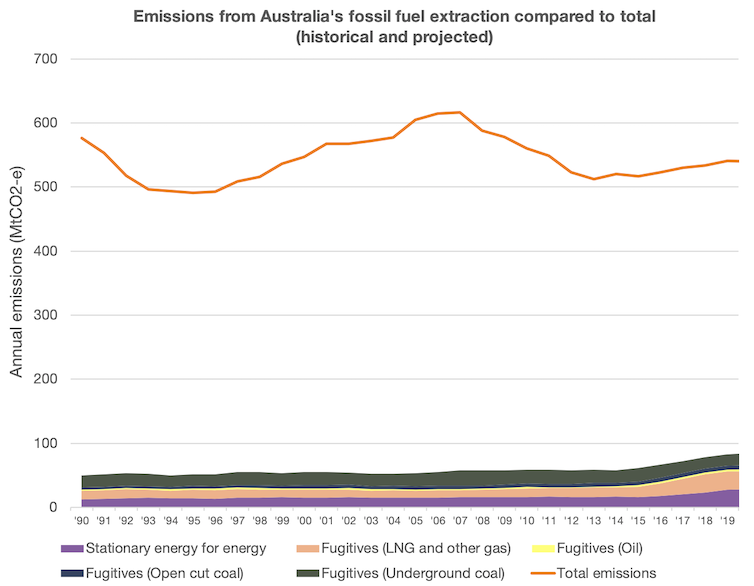 This policy failure has big implications. Article 4.1 of the Paris Agreement says the world must reach net-zero emissions over the entire period from 2050 to 2100. (And the IPCC says emissions must come down even faster than that if planetary warming is to stay below the critical 1.5℃ threshold).

Even if, disregarding export gas production, Australia cut emissions by 0.3% a year, at that rate net-zero emissions won’t be reached for another 333 years.

So while fossil fuel extraction is making things worse, our emissions elsewhere are hardly able to reach the net zero goal in the Paris agreement.

Gas is not the silver bullet for any other nation

The minister and his department also made much of the idea that our gas is reducing emissions overseas. The quarterly report even contained a “special topic” talking up the benefits of Australia’s gas exports.

The logic is that by exporting gas, which is allegedly cleaner than coal, we are replacing a high emitting source with a relatively low emitting source. That logic does not hold and is not scientifically robust. 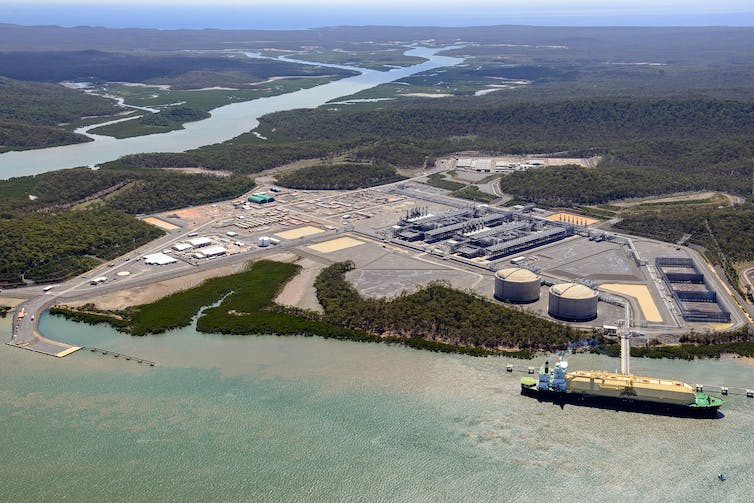 Second, the department and Mr Taylor relied heavily on a study by the CSIRO’s Gas Industry Social and Environmental Research Alliance (GISERA) to talk up the relative benefits of our gas exports. That study, a life-cycle assessment of the emissions from Curtis Island’s liquified natural gas processing facilities, expressly avoided testing the assumption that our gas is in fact replacing coal overseas.

We may not know the whole story, but we do know it is not true in one of the largest purchasers of Australian gas, Japan. Since the Fukushima accident in 2011 took much of Japan’s zero-emissions nuclear energy out of the mix, it has been replaced by Australian gas, which is far worse for the climate.

Third, even if our gas is substituting coal, the benefits are very small. The same GISERA study indicated that “climate benefits of natural gas replacing coal are lost where fugitive emissions [leaking gas] … are greater than 3%”.

It burned because of methane bubbling up through it, purportedly from nearby unconventional gas extraction. These emissions, the result of leaks through natural fractures in the Earth, are difficult to predict and model. They are not accurately measured in Australia, and may make gas far worse for the climate than even coal.

Even if the results of all this uncertainty come out in favour of gas, limiting global warming requires that we urgently stop burning both coal and gas. While there are substantial proven reserves around the world, much of this will have to remain unburned if we hope to avoid the worst of climate change.

The evidence of climate change is increasingly clear, yet Australia’s emissions continue to increase. Our political leaders are spinning the data and failing to act, putting our children’s future, our economy and the natural environment at risk.