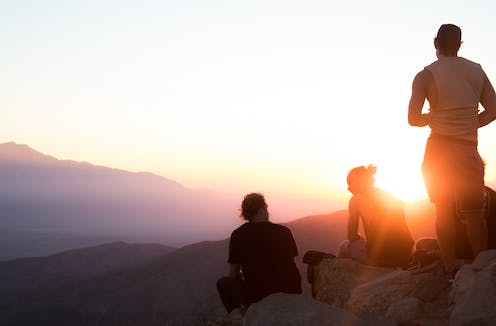 The way we think and talk about climate change has shifted. Climate change has become a reality and many New Zealanders feel a sense of urgency to act on the goal of the Paris Agreement to stop temperatures from rising to more than two degrees above pre-industrial levels.

According to a recent poll, four out of five people in New Zealand are increasingly concerned and think of climate change as a personally important issue.

The data also show most New Zealanders are aware of the main projected impacts of climate change - including wilder storms, more frequent and extreme floods and inundation of coastal cities, and the loss of animal and plant species. But many feel they don’t have all the information they need to prepare for or reduce the impacts climate change will have on them.

This is where Climate Explained comes in. The Conversation has teamed up with Stuff and the New Zealand Science Media Centre to provide expert answers to your questions about our changing climate.

We launch this series with a piece about climate and health, in which University of Otago environmental health lecturer Alex McMillan responds to a reader’s query about whether climate change will make us less healthy.

Each Climate Explained article will be published on The Conversation and by Stuff in its newspapers and online, but it will always be free to read for everyone anywhere and free for other media to republish.

Even though this project starts with questions from New Zealand readers, anybody who is looking for an evidence-based response is welcome to ask. Just email your question, and be sure to include your name and hometown.

Evidence-based, good quality information has never been more important. At The Conversation, research-backed, agenda-free reporting is our core. The answers to your questions will be written by some of Australia’s and New Zealand’s top minds, and vigorously edited by our team to ensure they can be read by a general audience.

Make sure you don’t miss an article by signing up to our daily newsletter.

If you are interested in this, you might also like The Conversation UK’s newsletter Imagine, which draws on the collective wisdom of academics who explore a future in which we act on climate change.