However, Adani’s proposed mine remains highly contested and uncertain. A number of environmental plans are still waiting state approval, and the Queensland government will not extinguish native title over land Adani needs while outstanding Traditional Owners’ court action is unresolved.

Members of the Wangan and Jagalingou Traditional Owners Family Council (W&J Council) are contesting the validity of Adani’s Indigenous Land Use Agreement (ILUA). The case is due to be heard by the full bench of the Federal Court in May.

What was approved last week?

Price’s approval decision last week refers to Adani’s plan to manage the impacts on ecosystems drawing on groundwater for the Carmichael mine.

The announcement follows apparent threats from Price’s Queensland colleagues as pressure mounts to secure votes before the federal election. Queensland’s environment minister Leanne Enoch says the approval “reeks of political interference” and has called into question the integrity of Price’s decision; federal Labor is building a case to review the decision. 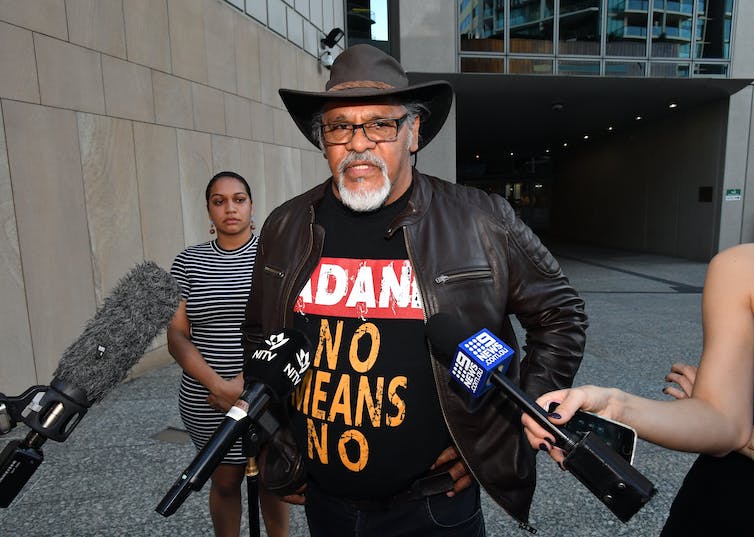 Serious concerns have been raised by CSIRO and Geoscience Australia in a joint report. They warn that the modelling used by Adani underestimates the effect of the project on local bore water, and there’s real risk to the aquifer that feeds the environmentally significant and sacred site, the Doongmabulla Springs.

Read more: Why are we still pursuing the Adani Carmichael mine?

For W&J people, the Doongmabulla Springs are their most sacred site, from which the Rainbow Serpent, or Mundunjudra, travelled to shape the land. W&J Council cultural leaderAdrian Burragubba has said:

The water is our life. It is our dreaming and our sovereignty. We cannot give that away. With this decision, the Commonwealth continues to violate our common law rights to our culture. Water is central to our laws, our religion and our identity. It is the Mundunjudra, the water spirit, the rainbow serpent.

Minister Price’s support removes the last remaining federal hurdle to Adani’s mine, but there are still nine environmental issues waiting state approval. Among those is the Black-Throated Finch Management Plan, which prior assessment has determined as inadequate to protect the endangered Black Throated Finch population.

Adani must also obtain state approval for its Groundwater Dependent Ecosystem Management Plan. Enoch, as state environment minister, has called out uncertainties in the science related to each of these plans. She has also stressed that these decisions will not be rushed.

Nor has Adani submitted its revised railway plans for assessment, or finalised royalty arrangements. Adani asserts these arrangements need not be concluded before “breaking ground” in central Queensland. This is a risky proposition, given that outstanding approvals could delay or substantially compromise the mine.

Last year the Federal Court upheld the registration of the Adani ILUA, which allows the Queensland government to extinguish W&J peoples native title to give Adani freehold title to 2,750 hectares of land required for “critical infrastructure” for its mine operations.

But the W&J Council has appealed that decision, alleging Adani manipulated the native title process, including by stacking and controlling a meeting to achieve an agreement in the face of numerous prior rejections of their land deal. They say the deal should never have been certified.

The appeal will be heard by the full bench of the Federal Court in May. The Queensland government has indicated it will not exercise its ability to extinguish native title rights while the matter is outstanding. Nor are they obliged to, even if the registration is upheld. But if the W&J leaders are successful in their appeal, Adani will suffer a major blow, with compulsory native title extinguishment being the only option open to the Queensland government to support the mine. 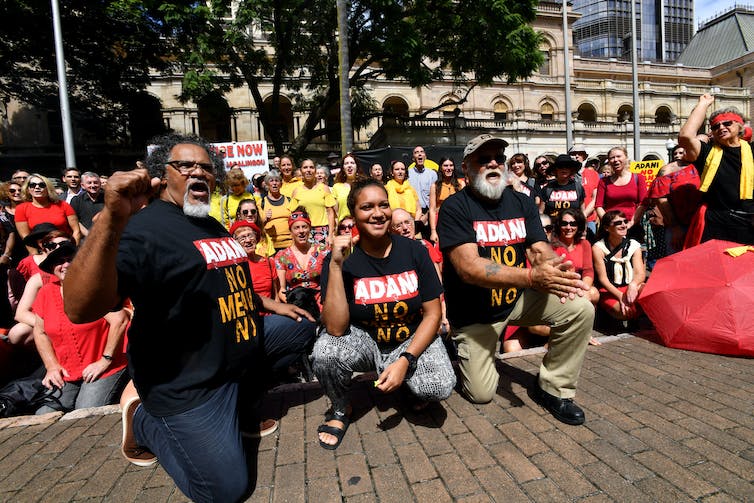 W&J Council’s resistance is particularly remarkable given the extent to which political and legal institutions and processes are stacked against them. They highlight the limits of the ILUA authorisation process, and the failure of the native title system for their people.

The native title regime denies Indigenous peoples’ right to veto proposed development on their lands, facilitates mining and other forms of development, and is backed up by the threat of compulsory state acquisition. We have previously argued the federal government has a long history of prioritising mining development over Indigenous rights through native title.

These dynamics have been described by United Nations Monitoring Committee on the Elimination of all forms of Racial Discrimination as racially discriminatory. Australia’s first Indigenous senior counsel, and Wangan and Jagalingou traditional owner Tony McAvoy, has similarly called the system out for “embedding racism”.

Read more: How will Indigenous people be compensated for lost native title rights? The High Court will soon decide

By challenging dominant Australian political institutions and foregrounding their commitment to protecting ancestral homelands, W&J Council highlight that settler state authority is not the only form of law operating on the Australian continent. The W&J Council continues to assert its members’ right to oppose mining on their homelands as part of their defence of country and culture.

While their efforts are under-reported, as mainstream media focuses on outstanding state-based approvals for the Adani mine, their campaign represents a resurgence of Aboriginal rights in the face of settler state institutions.

Regardless of the outcome of the pending Federal Court appeal, the W&J Council is affirming Aboriginal authority and unsettling the settler state and its service to the mining industries.