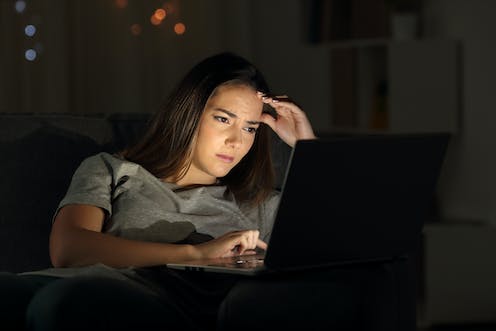 Calls for public access to information about convicted child sex offenders occur often in Australia. It may seem like common sense that allowing the public to know the whereabouts of dangerous people should increase community safety. As in many areas of criminal justice, the real story is more complicated.

Child sex offenders are required to keep police informed of their address and other personal details for a period of time (which varies across states and the nature of convictions) after they are released into the community. But in most Australian states, these details are not available to the public.

while public sex offender registries may have a small general deterrent effect on first time offenders, they do not reduce recidivism. Further, despite having strong public support, they appear to have little effect on levels of fear in the community.

A 2011 US paper compared research on offending rates of sex offenders who appear on public registers and those don’t. It detected little difference in rates of re-offending between the two groups. These registers can have other, unintended, consequences including creating community panic and vigilante attacks.

Read more: The causes of paedophilia and child sexual abuse are more complex than the public believes

Where public registers are available

Among Australian states, the South Australian police website has hosted a public access register since 2014 for sex offenders who have failed to report to police or given false information, and whose whereabouts are unknown. Western Australia recently introduced a register of sex offenders with limited access to the public. The scheme provides:

The US, South Korea and the Maldives are the only countries that allow public access to sex offender registers. Open public registers have existed under federal legislation in the US since 1994, but the legislation is inconsistently applied across states. New York State, for instance, refuses to fully comply with the register, preferring an evidence-based approach where judges use risk assessment tools to place offenders into categories.

Maintenance of registries is also often expensive and information may not be updated due to lack of resources.

Knowing where convicted sex offenders live may allow people to believe they can organise their and their children’s lives to reduce the risk of harm. This may be attractive to politicians seeking to tap into people’s wish to protect their children. But the Australian Institute of Criminology review concluded registries had no appreciable effect on levels of fear in the community.

Conversely, some researchers have considered whether registries actually do the opposite and magnify safety fears. In 2007, residents of an upstate New York town displayed what the researchers called “community-wide hysteria”, including sleeping difficulties, after notification about sex offenders living nearby.

Others have raised concerns access to registers may lead to a false sense of security and perpetuate myths about “stranger danger” when most child sex offenders are known by, and are often related to, the victim. Some Australian groups have expressed concerns that publication in small communities may mitigate against reporting, as well as identify and stigmatise victims.

The risk of vigilantism is real too, despite Derryn Hinch’s claims to the contrary. In Tennessee, in September 2007, a man’s wife died after two neighbours set their house on fire. This was believed to have been prompted by the man’s recent charges for possession of child pornography.

In one US study, up to 15% of respondents reported being physically assaulted after being publicly identiﬁed as sex offenders, and about 19% of sex offenders reported negative effects had been experienced by other members of their households. One-third of the offenders in the study had experienced physical threats. Another study found 5% of attacks (some fatal) were on people with no history of child sex offending, possibly due to incorrect information on the registers.

While the idea of public access to identifying information about convicted child sex offenders is attractive, there is little evidence it improves public safety.