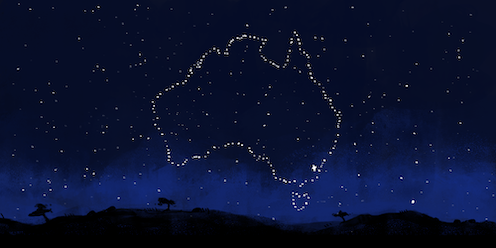 More details on the federal government’s commitment to establish an Australian Space Agency are expected in next week’s budget.

In his budget speech on Tuesday, Treasurer Scott Morrison is tipped to allocate A$50 million to help establish the agency.

Former CSIRO boss Megan Clark will reportedly head the agency for its first year. She is chair of the Expert Reference Group, part of the government’s review of Australia’s space industry capability.

Following a period of consultation, the group earlier this year delivered its final strategy to the government on how the agency should take shape.

The campaign to get a space agency for Australia has been running for years, and has been extensively covered by The Conversation.

1. Why Australia needs a space agency

Back in August 2013, Andrew Dempster, director of the Australian Centre for Space Engineering Research UNSW, highlighted the problem, arguing there was a hole in the Australian public administration where a space agency should be.

He pointed to a 2009 Senate report that noted then that Australia was the only Organisation for Economic Co-operation and Development (OECD) country to lack a space agency.

Dempster outlined ten reasons why he and others believed Australia needed a space agency. Apart from helping to secure funding, and giving Australia access to other space agencies, one of the key arguments was to keep our space experts and engineers in Australia.

He said the UK space agency allowed it to set goals on how it could be part of a global space economy likely to be worth some £400 billion by 2030:

The absolute best Australian students are being attracted to space at the undergraduate level, and goals like that will provide them with somewhere to work – here.

So there are plenty of reasons to establish a space agency – otherwise, Australia will remain “lost in space”.

2. More lessons from the UK

A year later, in July 2014, Dempster and UNSW colleagues Barnaby Osborne and Elias Aboutanios argued again the lessons that could be learned from the UK’s space agency.

They highlighted the pressure from space industry leaders for better UK government support, and a goal to capture 10% of the global space market.

The UK Space Agency was eventually established in 2010 with an ambition to meet that 10% target.

If the UK can do it, why not Australia? But just how much of the global space market does Australia have?

Not a lot, said Dempster, Osborne and Aboutanios in The Conversation:

Australia has so far captured only about A$1.2 billion or just 0.37% of the existing market.

Clearly more needed to be done if Australia was to improve on that share, hence the need to look to the UK’s case for ideas on how to gain government support for a space agency here.

Read more: Investing in space: what the UK Space Agency can teach Australia

In September last year the federal government finally said Australia would get a space agency.

Senator Simon Birmingham made the initial announcement in front of thousands of international delegates at the International Aeronautical Congress in Adelaide.

Among those to react to the announcement was Andrew Dempster who said:

This announcement has the potential to be monumental, and great reward for people (including me) who have fought for an agency for many years.

Details on what role the agency would take were still to be worked out but Graziella Caprarelli, associate professor in space science at UniSA, could see the potential for jobs and the economy:

…the long-term sustainability of a space industry in Australia will critically depend on the availability of local talent, steady supply of expertise, and the manufacturing and technical skills required to bring Australia to space.

Read more: Yes, Australia will have a space agency. What does this mean? Experts respond

4. What sort of space agency?

So a commitment was made to an Australian space agency. But what sort of space agency did people want?

The Expert Reference Group was taking submissions and plenty of people and organisations were prepared to have their say on future role of the agency.

In November last year, Anthony Wicht, an Alliance 21 Fellow (Space) at the United States Studies Centre, University of Sydney, outlined his vision for an agency:

My five steps to an effective agency are: include both “new” and “old” space, give the agency actual power, make the most of the space “brain drain” and work cooperatively with the Department of Defence.

He said space was already attracting investment with Venture capital funding and a number of small businesses already focused on the space sector.

But he too was keen to see an agency help retain Australia’s space experts, and see a return of the wealth of Australians who have gone overseas to pursue space careers.

One of the issues still to be resolved is where any space agency would be based.

Andrew Dempster, from UNSW, and Alice Gorman, a senior lecturer in archaeology and space studies, at Flinders University, picked up the argument.

Clearly there is going to be much interest from many states and territories as to the ideal location for the agency, because that means jobs said Gorman:

People probably are thinking it will be something like NASA, with a whole industrial complex. We’re not anything like that scale. Having said that, a Canberra-based headquarters supported by state-based centres makes a lot of sense.

Dempster agreed that a Canberra location for part of the agency would give it an advantage:

In terms of location, I agree there will need to be an administrative presence in Canberra, to interact with the Federal Government. Other satellite sites should reflect where the action is.

If there are to be satellite offices, they need to be close to where the industry is currently active, and where it is developing. This may require some sort of representation in each state.

There are still plenty of unknowns at this stage and it’s hoped that further details will be revealed once the funding for the space agency is confirmed in Tuesday’s budget.

The Conversation will continue to bring you expert reaction and analysis once those details are known, so watch this space (sic).