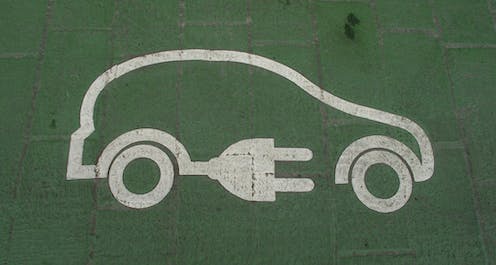 We need to plan for electric cars, but at this stage we need incentives - not extra taxes.byronv2/Flickr, CC BY-NC

The apparently inevitable rise of the electric car has prompted Australia’s top federal infrastructure advisor to warn of falling revenues from the petrol excise.

The apparently inevitable rise of the electric car has prompted Australia’s top federal infrastructure advisor to warn of falling revenues from the petrol excise.

But the reality is that, unless federal policy changes, Australia is extremely unlikely to increase its very small share of electric vehicles. Far from worrying about alternative taxes, international examples suggest subsidies and incentives are required to shift a country towards low-emissions cars.

These incentives were crucial for removing the price barrier and influencing demand, raising Norway’s total of electric vehicles in 2017 to 123,200.

It is projected that by 2030, up to 4 million electric vehicles will be on the road in the Nordic states. Norway and Sweden will account for 80% of the growth by 2030.

If Australia wants to achieve its estimated 230,000 electric vehicles by 2025 (and more than a million by 2030) it’s clear we need additional federal policy measures.

Read more: Sustainable shopping: with the right tools, you can find an eco-friendly car

According to Australian surveys, half of consumers are prepared to buy an electric car, but are concerned about price, range, and infrastructure. Although state and territory governments are supporting infrastructure and introducing policies to reduce stamp duty and registration for zero- and low-emitting vehicles, more is needed.

Federal government policy has not addressed the major barrier to sales: the high price sticker of electric vehicles relative to equivalent combustion vehicles, and the long time it takes for petrol savings to “pay back” the price difference.

For example, the hybrid Mitsubishi Outlander, which emits just 41 grams of carbon dioxide per kilometre, is listed in the manufacturer price guide at A$55,490. The petrol-fuelled model, which emits 211g of CO₂ per km, costs A$41,000. How many people will pay an extra A$14,490 for a low-emission car, with a nearly identical alternative available?

Without significant reductions in purchase price – through policy reform of taxes like the luxury car tax, and other incentives – it’s highly unlikely there will actually be a “rapid uptake” of electric vehicles in Australia. Low consumer demand will discourage car manufacturers form increasing the supply of electric or hybrid options in Australia, creating a vicious cycle.

The Australian Institute’s Emission Audit for December 2017, found that over the past two years emissions from road transport fuels has grown at twice the rate of GDP. This is actually offsetting any falling electricity generation emissions.

To put it bluntly, if Australia doesn’t get on board the global transition to low-emission vehicles, we risk not meeting our 2015 Paris Agreement commitment to reduce emissions by 26-28% below 2005 levels by 2030.