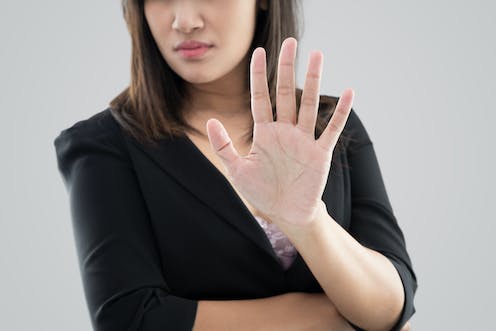 Accounts and other tax professionals might face some awkward conflicts of interest thanks to the federal government’s proposed whistleblower laws. They encourage accountants, tax agents, legal advisers and financial service providers to report breaches of the taxation law.

But there are conflicting messages for accountants between laws and professional codes of conduct as to where their loyalties should lie on blowing the whistle on any wrongdoing. Taxpayers, as well, might be left exposed under these new laws.

A review of the tax and corporate whistleblower protections in Australia started in 2016. The resulting bill is yet to pass parliament, but seeks to protect whistleblowers who break the law when it comes to disclosing client information or in relation to defamation.

How tax whistleblowing is treated now

Taxpayers expect their advisers (lawyers, accountants, tax agents and tax advisers) to keep their financial affairs confidential and to comply with their fiduciary duty to them. This means doing things that are in their best interest because their clients depend on them.

If tax professionals fail to uphold this duty, then they could face the prospect of being sued for damages. The proposed whistleblower protection laws would completely contradict this area of law.

In fact, rewarding whistleblowers with money, when they are in a fiduciary relationship with a client, changes their loyalty to the Australian Taxation Office (ATO) instead of their client.

Under current laws, even if the tax professional knows their client is breaking the law, if they disclose any information to the ATO then they could expect to be sued for breaching their duty of confidentiality. This duty is incorporated into the Tax Agents Services Act, which states:

At present, tax agents do not have a legal obligation to report any breach of the taxation law but they may decide not to prepare a tax return for the taxpayer.

This same section acknowledges that tax whistleblowers risk losing their registration, other sanctions by the Tax Practitioners Board and potentially their livelihood.

Read more: When is a leak ethical?

If the Commissioner of Taxation asks for certain documents from a tax professional the only defence a taxpayer has under current law is to claim legal professional privilege.

However, the effect of this privilege would disappear if the new tax whistleblower laws are enacted. This is because the ATO would have access to a wide range of information, before the taxpayer had any opportunity to claim the privilege. This is a risk especially if the whistleblower isn’t their accountant but may be employed by their accountant.

As part of the review of the new whistleblower laws, the government examined the concept of paying a reward for information and in particular with tax disclosures.

The United Kingdom has a reward system for tax informants but according to an Australian Treasury Review into the UK system, the authority responsible for making the payments to whistleblowers is reluctant to publicise the rewards and most whistleblowers receive no reward.

Likewise in the United States Internal Revenue Service pays a reward to tax informers. It has been on the books since March 1867, allowing the Secretary of the Treasury to pay an amounts they deems necessary for:

…detecting and bringing to trial and punishment persons guilty of violating the internal revenue laws or conniving at the same.

But it changed in 2006 when the Bush administration introduced the Tax Relief and Health Care Act to introduce rewards up to 30% of the tax, penalties and interest collected as a result of legal action.

Compensation for whistleblowers isn’t in this current bill but isn’t off the table, as politicians like Nick Xenophon are pushing for it. But changing the laws in Australia to provide an incentive for tax whistleblowers actually threatens the substantial body of law and regulations that safeguard taxpayers, usually protected by legal professional privilege.

This awkward re-arranging of loyalties when it comes to tax should make Australian tax payers nervous.