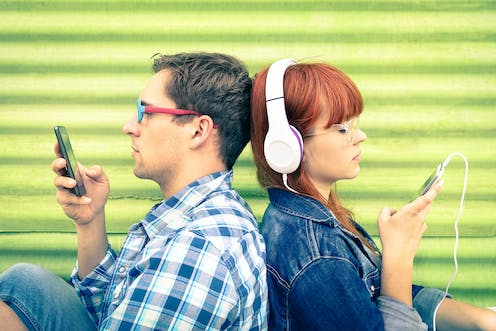 Do you care if your data is being used by third parties? from www.shutterstock.com

We all seem worried about privacy. Though it’s not only privacy itself we should be concerned about: it’s also our attitudes towards privacy that are important.

When we stop caring about our digital privacy, we witness surveillance apathy.

We all seem worried about privacy. Though it’s not only privacy itself we should be concerned about: it’s also our attitudes towards privacy that are important.

When we stop caring about our digital privacy, we witness surveillance apathy.

And it’s something that may be particularly significant for marginalised communities, who feel they hold no power to navigate or negotiate fair use of digital technologies.

In the wake of the NSA leaks in 2013 led by Edward Snowden, we are more aware of the machinations of online companies such as Facebook and Google. Yet research shows some of us are apathetic when it comes to online surveillance.

Attitudes to privacy and surveillance in Australia are complex.

According to a major 2017 privacy survey, around 70% of us are more concerned about privacy than we were five years ago. 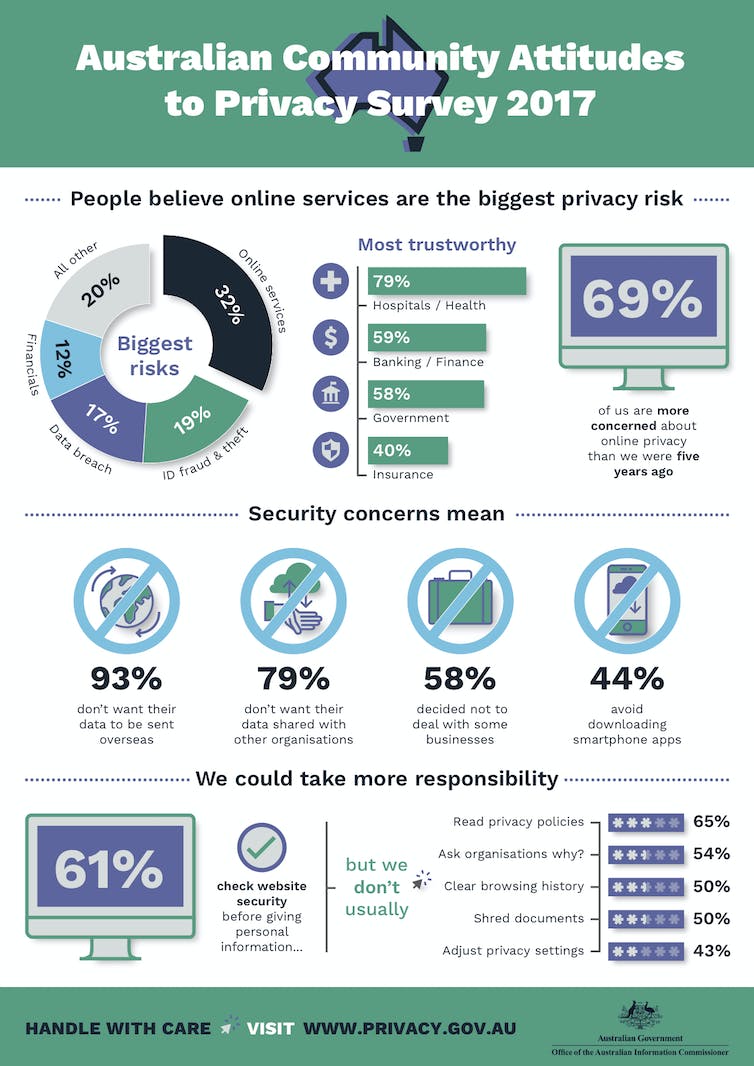 Snapshot of Australian community attitudes to privacy 2017. Office of the Australian Information Commissioner

And yet we still increasingly embrace online activities. A 2017 report on social media conducted by search marketing firm Sensis showed that almost 80% of internet users in Australia now have a social media profile, an increase of around ten points from 2016. The data also showed that Australians are on their accounts more frequently than ever before.

Also, most Australians appear not to be concerned about recently proposed implementation of facial recognition technology. Only around one in three (32% of 1,486) respondents to a Roy Morgan study expressed worries about having their faces available on a mass database.

So while we’re aware of the issues with surveillance, we aren’t necessarily doing anything about it, or we’re prepared to make compromises when we perceive our safety is at stake.

Across the world, attitudes to surveillance vary. Around half of Americans polled in 2013 found mass surveillance acceptable. France, Britain and the Philippines appeared more tolerant of mass surveillance compared to Sweden, Spain, and Germany, according to 2015 Amnesty International data.

In 2015, philosopher Slavoj Žižek proclaimed that he did not care about surveillance (admittedly though suggesting that “perhaps here I preach arrogance”).

This position cannot be assumed by all members of society. Australian academic Kate Crawford argues the impact of data mining and surveillance is more significant for marginalised communities, including people of different races, genders and socioeconomic backgrounds. American academics Shoshana Magnet and Kelley Gates agree, writing:

[…] new surveillance technologies are regularly tested on marginalised communities that are unable to resist their intrusion.

A 2015 White House report found that big data can be used to perpetuate price discrimination among people of different backgrounds. It showed how data surveillance “could be used to hide more explicit forms of discrimination”.

Read more: Witch-hunts and surveillance: the hidden lives of queer people in the military

According to Ira Rubinstein, a senior fellow at New York University’s Information Law Institute, ignorance and cynicism are often behind surveillance apathy. Users are either ignorant of the complex infrastructure of surveillance, or they believe they are simply unable to avoid it.

As the White House report stated, consumers “have very little knowledge” about how data is used in conjunction with differential pricing.

So in contrast to the oppressive panopticon (a circular prison with a central watchtower) as envisioned by philosopher Jeremy Bentham, we have what Siva Vaidhyanathan calls the “crytopticon”. The crytopticon is “not supposed to be intrusive or obvious. Its scale, its ubiquity, even its very existence, are supposed to go unnoticed”.

But Melanie Taylor, lead artist of the computer game Orwell (which puts players in the role of surveillance) noted that many simply remain indifferent despite heightened awareness:

That’s the really scary part: that Snowden revealed all this, and maybe nobody really cared.

Surveillance apathy can be linked to people’s dependence on “the system”. As one of my media students pointed out, no matter how much awareness users have regarding their social media surveillance, invariably people will continue using these platforms. This is because they are convenient, practical, and “we are creatures of habit”. 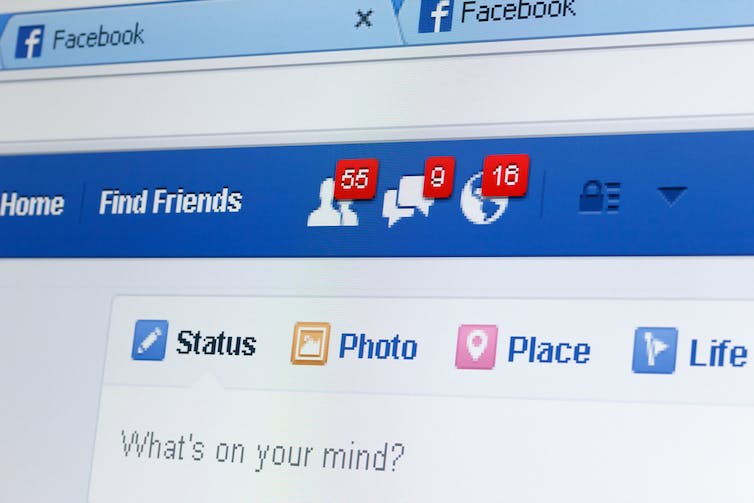 Are you prepared to give up the red social notifications from Facebook? nevodka/shutterstock

As University of Melbourne scholar Suelette Dreyfus noted in a Four Corners report on Facebook:

Facebook has very cleverly figured out how to wrap itself around our lives. It’s the family photo album. It’s your messaging to your friends. It’s your daily diary. It’s your contact list.

This, along with the complex algorithms Facebook and Google use to collect and use data to produce “filter bubbles” or “you loops” is another issue.

While some people are attempting to delete themselves from the network, others have come up with ways to avoid being tracked online.

Search engines such as DuckDuckGo or Tor Browser allow users to browse without being tracked. Lightbeam, meanwhile, allows users to see how their information is being tracked by third party companies. And MIT devised a system to show people the metadata of their emails, called Immersion.