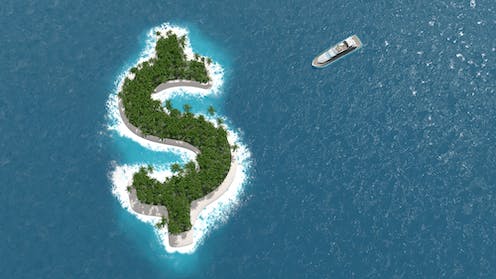 The release of more than 13 million financial and tax documents known as the “Paradise Papers” show that the Panama Papers last year and LuxLeaks in 2014 were just the tip of the tax avoidance iceberg. It also shows that governments have not learnt their lesson and taken action.

Both the OECD and G20 made recommendations several years ago that would have increased transparency of corporate taxes, and extensive research shows that this is effective in limiting corporate tax avoidance. Recently, we also recommended to a Senate committee that the government limit the use of some financial products that can be re-purposed for tax avoidance.

The Paradise Papers detail the complex offshore financial and tax activities of celebrities, politicians, world leaders, and more than 100 multinational entities. Here are three things that could help curb the problem.

Read more: Explainer: the difference between tax avoidance and evasion

The first strategy is to require the public disclosure of country by country reporting of company tax affairs (CbCR). This idea comes out of the OECD’s action plan on Base Erosion and Profit Shifting (BEPS). It would increase tax transparency by requiring corporations to make specific disclosures on the tax paid in different countries, by project and region.

Doing so would allow any interested party to observe and understand how corporations transfer profits from high to low tax jurisdictions. With such specific information it would more difficult for companies to hide their tax affairs and provide impetus and justification for the public to pressure tax avoiders.

This idea was strongly opposed by the majority of multinational entities’ in most countries on the basis of commercial sensitivity of the information, the compliance burden, and that it might distort the view of a company’s true contribution to an economy. However, such argument is spurious as large corporations already have sophisticated systems in place that are capable of producing this information.

The laws in the United Kingdom fostered a 2010 campaign that named and shamed companies who were not disclosing subsidiaries in tax havens. That campaign made the UK authorities tighten disclosure requirements, and after companies started disclosing their tax haven subsidiaries they became less tax aggressive.

Unfortunately, there is no similar mechanism in Australia for the provision of information to the public to pressure corporations that avoid taxes.

2) Create a register of who benefits

The next idea comes from the G20, and is to set up a public register of beneficial ownership (in other words, who owns the companies).

Earlier this year the Australian Treasury released a consultation paper looking at this idea. At the time, Minister for Revenue and Financial Services Kelly O'Dwyer noted that:

Improving transparency around who owns, controls, and benefits from companies will assist with preventing the misuse of companies for illicit activities including tax evasion, money laundering, bribery, corruption, and terrorism financing.

However, the policy is still at the consultation stage.

Interestingly, a recent comment by ATO Commissioner Chris Jordan seems to both support and dismiss a public register.

A register of beneficial ownership is just, you know, what someone says someone else owns so, you know, it could be good but it could be just a lot of ‘stuff’ that doesn’t really help us.

The United Kingdom has set up a beneficial ownership register, but it is too early to know what the impact has been.

A third strategy is one we presented to a Senate committee and might have tackled some of what the multinational conglomerate Glencore was alleged to have been doing in the Paradise Papers.

Glencore is alleged to have used cross currency interest rate swaps and is under investigation by the Australian Tax Office. These are financial instruments that may be legitimately used by companies to manage foreign currency risk, for instance when borrowing debt denominated in foreign currencies.

However, these instruments may also be used by multinationals to avoid tax, by shifting profits between subsidiaries in different countries. Unfortunately, it is very difficult to determine whether these instruments are being used for legitimate purposes or for avoiding tax. Our proposal is to prohibit or limit their use, as has been done in Hong Kong.

Hong Kong is a special case, as it has a very low tax rate, but some form of this policy might be adopted in Australia and elsewhere.

With three large leaks, spanning a number of years, Australians have a right to ask why the problem of tax avoidance seems to be stagnating, if not getting worse.

Perhaps the hackers who leak these documents are getting better. But the likely answer is that it is the result of inaction by governments around the world, and Australia in particular.

Recommendations from the OECD, G20, and even our submission to a Senate inquiry show there are ideas out there to solve some of these issues. And countries such as the United Kingdom, Hong Kong and France have made efforts to increase public transparency of corporate tax affairs and limit the use of certain financial instruments.

The research from these countries show that these proposals can be successful if enacted.

In the end, failure to cut down on tax avoidance is not due to a lack of proposals. The failure to enact these proposals feeds into the distrust of all governments as they don’t appear to be doing a very good job at limiting tax avoidance.