Diets that exclude meat and fish (vegetarian) or all animal products including dairy and eggs (vegan) are becoming increasingly popular for health, environmental and ethical reasons.

Past research in adults has linked vegetarian and vegan diets with a reduced risk of heart disease but a greater risk of fractures, caused by low calcium intakes. But the impact on children has not been evaluated, until the release of a new study this week.

The researchers found a link between shorter heights and lower bone mineral content among vegan children, compared to meat-eaters. But they didn’t show vegan diets caused the difference. Nor can they say the differences will last into adulthood.

The paper, published in the American Journal of Clinical Nutrition, examined the differences in children aged five to ten years of age in Poland.

They looked at 187 healthy children between 2014 and 2016 who had been on their respective diets for at least one year: 72 children were omnivores (meat eaters), 63 were vegetarians and 52 were vegans.

The research team looked at the children’s nutrient intakes, body composition and cardiovascular risk – how likely they are to have heart disease or a stroke in the future.

The study was observational, so researchers didn’t make any changes to the children’s diets. They recruited children who were already eating these diets.

Specifically, it was a type of observational study called a cross-sectional study. They looked back at the children’s diets, growth and cardiovascular risk factors at a given time point. 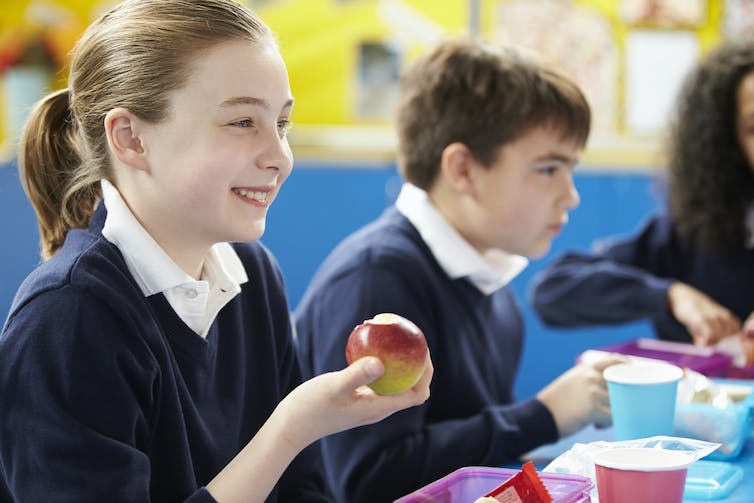 The research team ensured the children in the vegan and vegetarian group were similar to children in the omnivore group, in factors that impact growth and cardiovascular risk factors. These include sex, age, parental smoking, parental education, clinical characteristics of their mother’s pregnancy and, importantly, their parents’ height.

Read more: Are there any health implications for raising your child as a vegetarian, vegan or pescatarian?

What did the researchers find?

The researchers found that compared to children on omnivore diets, children on vegan diets had a healthier cardiovascular risk profile, with 25% lower levels of low-density lipoprotein (LDL, or unhealthy cholesterol).

However the vegan children had an increased risk of nutritional deficiencies. They were more likely to have lower levels of vitamin B12, calcium, vitamin D and iron in their diet.

This 5% difference is concerning, as people have a limited period of time at this age in which they can optimise their bone mineral density; 95% of bone mass is attained by about 20 years of age. Lower bone densities are linked to higher rates of fractures in later life.

Vegetarians showed less pronounced nutritional deficiencies but, unexpectedly, a less favourable cardiovascular risk profile compared to both meat-eaters and vegans. The authors attributed this to a lower-quality diet, with these children consuming more processed foods.

Are there any problems with the study?

Observational studies are only able to tell us if something is linked, not if one thing caused another. This study only tells us there is a link between these diets and the outcomes they looked at.

But in this study, there are plausible biological links between bone development and growth in children.

Calcium, vitamin D and protein are critical for bone development and growth. These nutrients may be lower in vegan diets, as they come mainly from animal products: 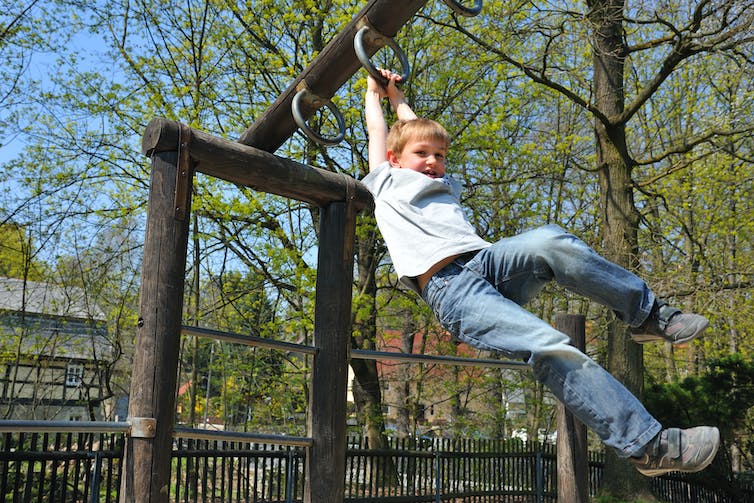 Children get vitamin D from sunlight, but also small amounts from food. Shutterstock

So, why didn’t the researchers carry out an intervention study and change the diets of the children?

First, it would be difficult to find children and their families who are willing to change their diets for a long period.

Second, it would be unethical to put children on a diet potentially affecting their growth and cardiovascular risk factors.

This study, conducted in Poland, is the only one to look at growth and cardiovascular outcomes in vegan and vegetarian children.

One small study in children aged five to ten years isn’t enough for the scientific community to say these results are valid and we must act on them.

But it does give us clues about potential problems and what we can look out for.

As the researchers indicated, more observational studies are needed, and in different countries.

Read more: Have you gone vegan? Keep an eye on these 4 nutrients

So what does it mean for children on vegan and vegetarian diets?

This doesn’t mean every child who follows these diets is going to have these nutritional and health benefits or problems. And we also can’t say whether these problems will persist into adulthood.

But it does highlight potential risks which health practitioners and parents need to be aware of. And it’s a reminder to either find suitable replacements that align with the family’s diet philosophy, or prescribe supplements if a deficiency is diagnosed through a blood test.

In particular, parents and caregivers need to be careful their children are maintaining a good intake of protein from a variety of vegan sources (beans, lentils, nuts) and calcium (from calcium supplemented plant milks). 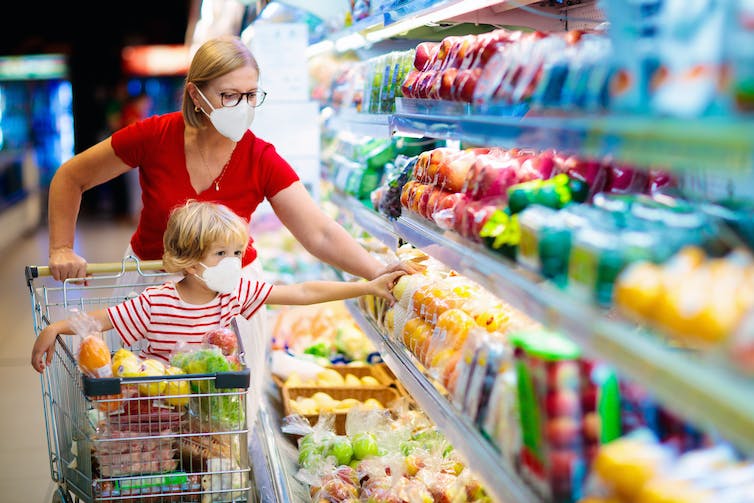 The study highlights potential risks for parents to be aware of. Shutterstock

Whether you’re following a vegan, vegetarian or meat-eating diet, you still need to make sure the diet is balanced across all food groups.

The study is also a reminder to minimise your family’s intake of processed foods which are high in salt, sugar and saturated fat, which are risk factors for heart disease and stroke.

If you’re concerned about your children’s diet, talk to your GP or an accredited practising dietitian, who can assess their growth and diet. – Evangeline Mantzioris

The reviewer has provided an accurate assessment of the research paper.

The study highlights the importance of meal planning to optimise food and nutrient intakes of children whose usual dietary pattern is vegan or vegetarian and the need for regular use of fortified foods and/or dietary supplementation with vitamin B12 and vitamin D and potentially calcium and iron, particularly for vegans.

However, the results of the study may be a “best case scenario”, given most families participating were highly educated and hence likely to be more invested in planning family meals. It is possible other families might have less healthy dietary patterns, and therefore greater nutritional deficits.

Together with the results highlighted by the reviewer about bone mineral content and height, as well as iron and cholesterol levels, this study confirms both the potential risks and benefits associated with vegan and vegetarian diets in children.

A key message is that families following plant-based diets need more advice and support to optimise their food and nutrient intakes, and their children’s diet-related health and well-being. – Clare Collins

Read more: Pregnant women and babies can be vegans but careful nutrition planning is essential