But despite Bluey’s global success, policy changes announced yesterday mean that we may see fewer Australian-made children’s shows on broadcast TV in the future.

The federal government has scrapped quotas for minimum hours of local children’s content for commercial television networks. Foxtel’s obligation to Australian content has also been halved.

These changes represent a rapid unravelling of regulatory infrastructure established in the 1970s — and refined over decades — to support production and broadcast of quality Australian children’s content.

The argument about children’s content quotas has been going ever since they were introduced nearly 40 years ago. The broadcasters never wanted to do it and they didn’t treat the shows well.

Read more: Save our screens: 3 things government must do now to keep Australian content alive

Under the existing system, commercial networks must abide by strict requirements to broadcast a certain amount of children’s content each year: 130 hours for pre-school children, and 260 hours for children under 14, including at least 25 hours of new drama.

From 2021, commercial networks will have no such obligation.

Children’s content quotas were suspended in April 2020, a decision Minister for Communications, Cyber Safety and the Arts Paul Fletcher said was in response to COVID-19.

Now a decision initially described as “an emergency red tape reduction measure” has been enshrined into policy. 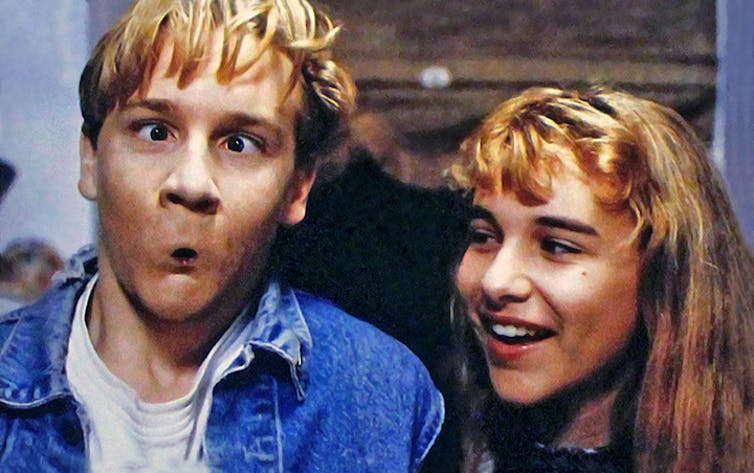 Locally made kids’ shows like Round the Twist remain popular, 30-odd years since their first airing. IMDB

The government’s decision to remove children’s quotas responds to intense lobbying from commercial networks. In February 2020, Seven declared it planned to halt the production of Australian children’s content, a decision that would likely have resulted in a breach of children’s content quotas in 2021 if the current system was sustained. Seven’s Chief Executive explained he wanted the government to take “immediate action” to remove the quotas.

In 2017, the chief executives of Seven, Nine and Ten advocated together at a parliamentary inquiry for the removal of children’s content quotas.

They argued children weren’t watching their children’s programming. Indeed, many children’s programs on commercial networks don’t rate well. This may relate to the cheaply produced, culturally non-specific animated programs made to meet the quotas.

ACTF CEO Jenny Buckland notes that over the past decade, commercial broadcasters have halved their spending on children’s drama. International co-productions also count towards the quotas, resulting in a surfeit of “co-produced animated series based on international concepts”.

The networks also argue the rising popularity of streaming services has made the quota system outdated. Indeed, an increasing number of Australian children are turning to streaming services such as Netflix and YouTube, however the Australian Communication and Media Authority’s research has found that children still watch broadcast TV programs made specifically for them.

Read more: TV has changed, so must the way we support local content

Where the ABC fits in

Bluey is the most popular show in the history of the ABC’s streaming app ABC iView, demonstrating there is demand for quality local children’s content.

But rather than seeing this as an endorsement, commercial broadcasters claim the popularity of children’s content on the ABC diminishes the need for quotas.

However, public broadcasters, the ABC and SBS, are not obligated to produce or broadcast a certain amount of local children’s content (rather than quotas, they have internal targets underpinned by their charters). This means the ABC can pull funding from the children’s television budget as it sees fit. Local content targets on children’s channel ABC ME were reduced to 25% (from 50%) in 2015.

Budget restrictions make the ABC’s track record of quality local children’s content difficult to sustain. Government analysis in 2017 raised concerns that the ABC may have “reduced its commitment to producing children’s content”.

Despite the ABC’s role in broadcasting quality Australian content, and even directly helping with remote education during the pandemic, the government has pressed pause on the indexation of ABC funding until July 2022. This means by end of the financial year (2020–21), the ABC’s operational funding base will have reduced by 10% since 2013.

Children’s content was a key target of a recent round of redundancies at the ABC. June saw the closure of Melbourne children’s division ME TV and the cancellation of kids’ show Definitely Not News. The Media Entertainment and Arts Alliance warns changes to production quotas could “mean the demise of children’s content on commercial TV, leaving a cash-strapped ABC to pick up the slack”.

Definitely Not News was cancelled in June.

we’ll be working very hard with producers to try and open those commissioning doors to new content, and tracking what happens to production over the 2-year period.

… there needs to be Australian children’s content on all the places that children go to watch content — that includes having well-resourced public broadcasters with a major commitment to kids, as well as content on commercial video-on-demand platforms and other destinations. We were hoping there would be Australian content expenditure requirements on these platforms, and the door might still be open for that.