This morning, NSW Nationals leader John Barilaro capitulated on a threat to tear apart the state government over new koala protections. For now, the government remains intact. However the Nats’ campaign to loosen environmental protections that affect farmers will continue to destabilise the Coalition in the longer term.

The dramatic events of the past 24 hours have cast doubt on whether such a blustering, short-sighted political party has what it takes to lead rural Australia. The NSW Nationals have been entrusted with seven ministerial portfolios – from agriculture to trade and early childhood. But they were willing to throw it away over the fine print of a single planning policy.

There’s no doubt many people in the bush, including farmers, are doing it tough. And many farmers feel environmental protections are hurting their livelihood.

But it’s in everyone’s interests – including farmers’ – to ensure our environment stays healthy. And the extreme summer bushfires shone new light on how close we are to losing vulnerable species such as koalas. It’s hard to understand what the National Party thought it had to gain from this damaging display of brinkmanship. 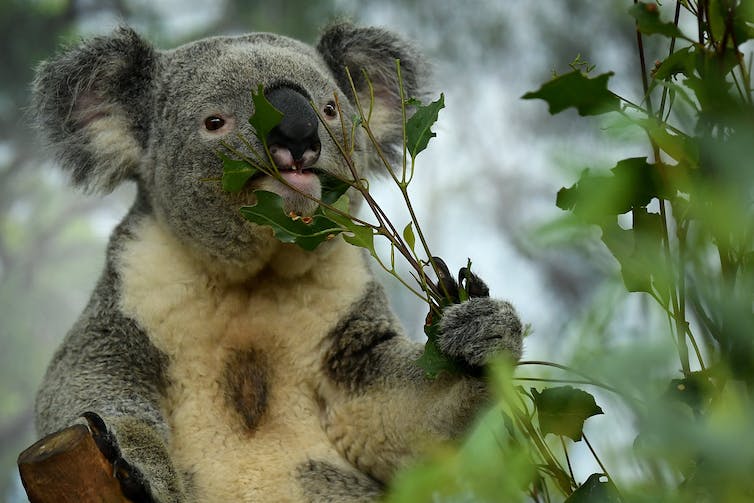 The Nationals objected to changes to koala protections that curtail their land management. Joel Carrett/AAP

A long history of tension

Nationals MPs had been demanding the government change a state environmental planning policy that aims to make it easier to identify and protect koala habitat. The policy changed the way koala habitat is identified by increasing the number of protected tree species from ten to 65.

Barilaro branded the change a “land lockup policy”. He described the number of protected tree species as “excessive” and said farmers would be forced to conduct time-consuming and expensive surveys before any new development or farming on their land.

Read more: Farmers, murder and the media: getting to the bottom of the city-country divide

NSW Liberal Planning Minister Rob Stokes rejected Barilaro’s claims that farmers can’t build a feed shed or a driveway without a koala study, and that noxious weeds are listed as core koala habitat.

Development pressures on the NSW north coast have likely fuelled this latest stoush. There, a move to different, more lucrative crops such as blueberries and the demand by “sea-changers” for residential real estate is prompting agricultural land to be sub-divided and sold. The new koala rules might slow this down. 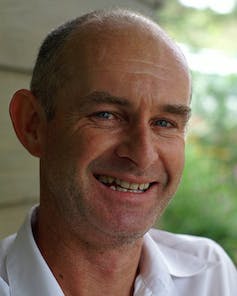 Land clearing policy has always been a flashpoint for conflict in regional and rural NSW. Tensions tragically came to a head in 2014 when environment compliance officer Glen Turner was murdered by a disgruntled landholder found guilty of breaking native vegetation laws. In the days afterwards, rural politicians said Turner’s death was “brought about by bad legislation” on land clearing.

Since then the NSW government has relaxed native vegetation laws. As a result, land clearing in the state has risen almost 60%, according to government data.

And in August last year the government announced it would no longer investigate or prosecute those who cleared land illegally under the old laws. 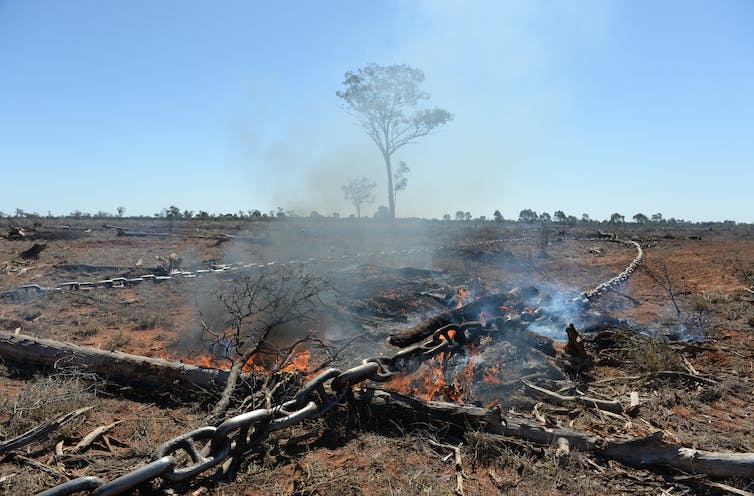 A chain used for land clearing is dragged over a pile of burning wood on a rural property. Dan Peled/AAP

The issue of environmental protection plays into a historical city-country divide that has long been an easy wedge for rural politicians.

This tension came to the fore over the koalas issue. Clarence MP Chris Gulaptis said this week:

I was elected to Parliament to represent my community and I get really annoyed when city-centric people preach to us, especially when people in Sydney have done nothing for their koalas.

But it’s worth remembering northwest NSW has some of the highest land clearing rates in the world. It has been identified as a deforestation hotspot, on par with Brazil and the palm oil plantations of Indonesia.

And environmental degradation is not just a concern for city people. Biodiversity underpins our agricultural systems; insects, birds and soil microbes all contribute to food security and regional prosperity.

Separately and just as importantly, in all this talk of what regional communities want, the National Party is virtually silent on the views of Indigenous Australians. 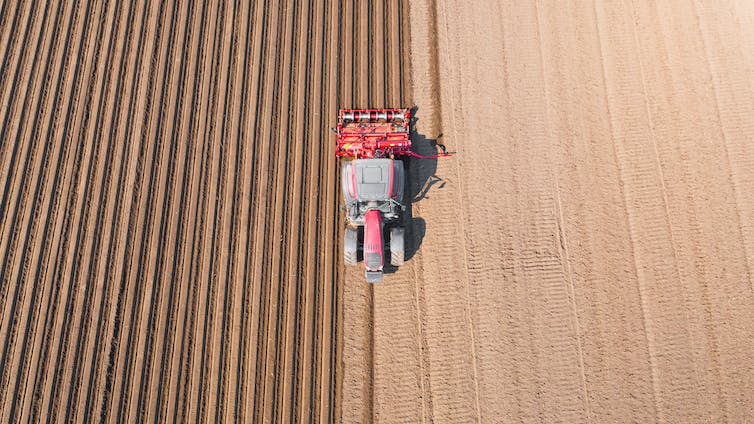 Farmers have bigger problems than koalas

Barilaro and his MPs suggested the amendment was the final “nail in the coffin” of rural and regional Australia. But the fact is, the rapidly dwindling NSW koala population already has one foot in the grave.

A recent NSW inquiry predicted the extinction of the species by 2050 unless protections and rehabilitation efforts were radically ramped up. And a World Wildlife Fund report this week found a 71% decline in koala numbers across bushfire-affected areas of northern NSW.

Koala protections are far from being the biggest threats to rural prosperity. Escalating tensions with China have led to recent bans on barley and beef. The rural community has been hit hard by the extreme drought, and there is growing discontent with the mismanagement of water in the Murray Darling Basin.

What’s more, recent expansion of gas exploration and development in the state’s northwest has left locals worried about water contamination and over-extraction.

There is no doubt life in regional and rural Australia is different to the life lived in the city. In some areas there are poor internet connections, worse roads and great distances to travel for basic health services.

But these problems, like land clearing, are complex. And it seems the NSW Nationals are ill-equipped to deal with these challenges. This week’s display suggests the party only deals in wedge politics and blunt solutions – and with that approach, we all stand to lose.