It all started in the late 1980s. Wally Conron, a breeding manager for Guide Dogs Victoria, noticed that some people needing a guide dog appeared to be allergic to the shedding hairs of Labrador Retrievers.

Aware of the perception that Poodles shed little hair and so shouldn’t create such a reaction, Wally crossed a Labrador Retriever with a Standard Poodle. The result proved to be successful, and breeding “Labradoodles” took off around the world, with Wally left standing on the sidelines. 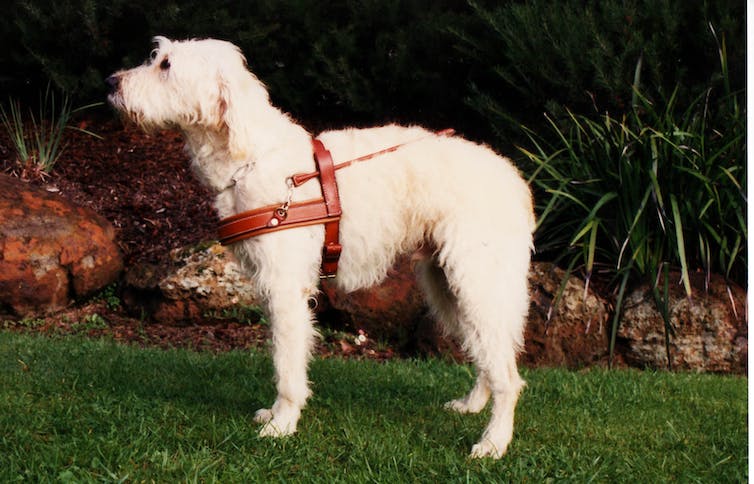 This is Sultan, the very first Labradoodle. Guide Dogs Victoria

These results aren’t surprising to animal geneticists. They provide scientific evidence for the common understanding of how breeders choose dogs to mate for their desirable traits, such as a poodle-like coat. And over generations, this preference leads to a strong genetic predominance in the new breed.

What the research found

The researchers from USA, Pakistan and South Korea analysed genetic data from individual Australian Labradoodle dogs and a variety of other breeds, including Labrador Retrievers and Poodles of different varieties. They included dogs from the two distinct types of Labradoodles: 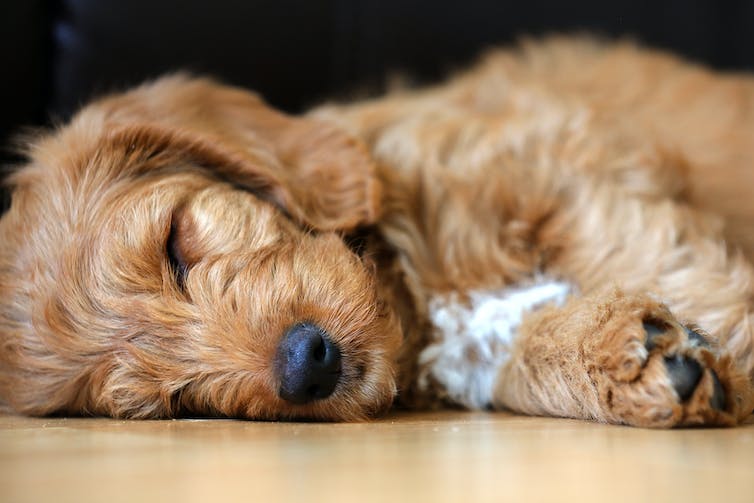 Australian Labradoodles often include other breeds such as Spaniels to, for example, make them smaller. Shutterstock

So, what did the researchers discover?

Not surprisingly, the actual offspring of a cross between a Labrador and a Poodle have an equal share of genetic material from each breed. We expect this because each pup will have one Labrador chromosome and one Poodle chromosome for each chromosome pair.

Also not surprisingly, individual dogs of the Australian Labradoodle breed have a range of proportions of Labrador and Poodle ancestry, strongly tending towards the Poodle.

When first generation Labradoodles are bred together, their resulting descendants have a range of genetic contributions from the Labrador or Poodle grandparents.

Any pup can have 100% Labrador DNA, 50% Poodle DNA or 100% Poodle DNA at any particular gene. If a pup accidentally inherits no poodle DNA at the relevant coat genes, then it will have a Labrador coat. 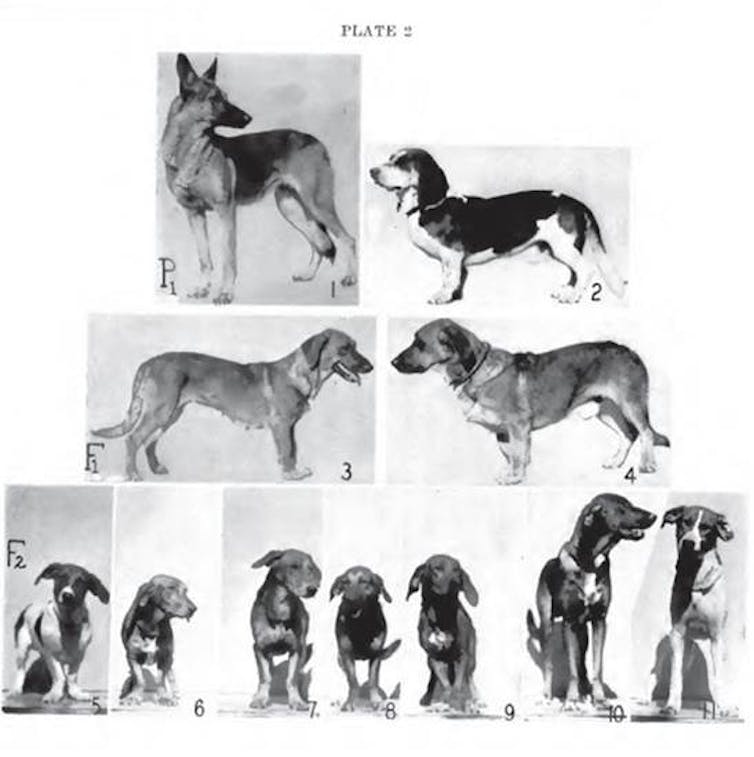 This time-honoured illustration shows how the first-generation offspring of two breeds is similar (all having exactly one-half of chromosomes from each parental breed), in contrast to the substantial variation in subsequent generations. M. Burns and M.N. Fraser (1966) , Author provided

Given the main initial aim of creating Labradoodles was to make use of the perceived low-allergenic properties of Poodles, the higher proportion of Poodle ancestry in Australian Labradoodles is expected after generations of selection for a Poodle-like coat. This is the main conclusion of the paper just published.

Interestingly, the researchers make the important point that even though a Poodle-like coat is widely regarded as being lowly allergenic, there seems to have been no research study that has investigated this. This is an important knowledge-gap that needs to be filled.

The study also found other breeds have made small contributions to Australian Labradoodles, including Poodles of different size varieties. There’s even a touch of Spaniel.

Read more: 8 things we do that really confuse our dogs

This is a common occurrence. As soon as breeders decide to mix two breeds in the hope of combining some desirable traits, it makes sense to introduce other breeds if it’s thought they could make a useful contribution. For example, a Cockerpoo (Cocker Spaniel crossed with a Poodle) might have been mixed in to make the breed smaller.

What does this tell us about the concept of dog breeds?

This study reinforces the common understanding that, from a biological point of view, a breed is an amalgam of genetic variation derived from various sources. It shows Australian Labradoodles have considerable genetic diversity, most of it derived from Poodles. 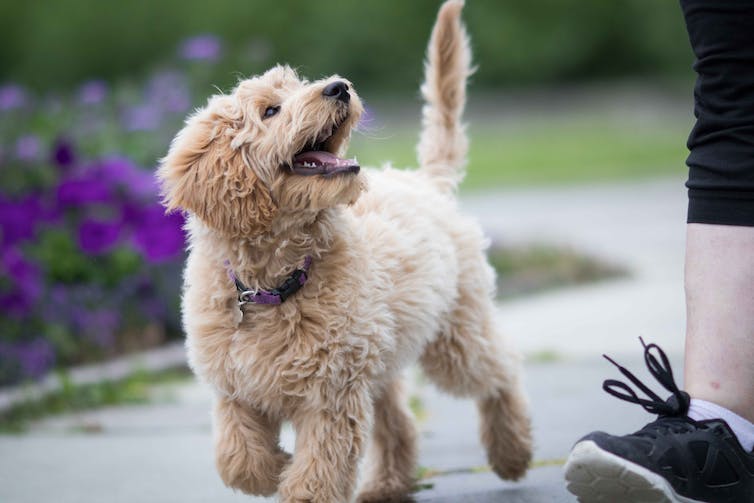 As a breed becomes more recognised and more formalised, the only animals that can be registered as members of that breed are the offspring of other registered members. At present, Australian Labradoodles are commonly regarded as a breed but are not, so far as we can determine, officially recognised as such by relevant national authorities.

Importantly, there are no scientific criteria for when a breed should become closed and when it should be formally recognised: these are decisions that are made solely by interested breeders and the registering authorities.

Read more: Managing mutations of a species: the evolution of dog breeding

What this means for breeders

The Australian Labradoodle Association lists 32 accredited breeders which suggests the breed is a moderately-sized population in Australia. It likely produces 150 to 300 pups per year. This is a population size comparable with many other registered dog breeds in Australia.

As in any population of most animal species, problems can arise in any breed from the mating of close relatives. The more closely related the parents, the greater is the chance valuable genetic variation will be lost from a breed, and the greater the chance of offspring having inherited diseases. 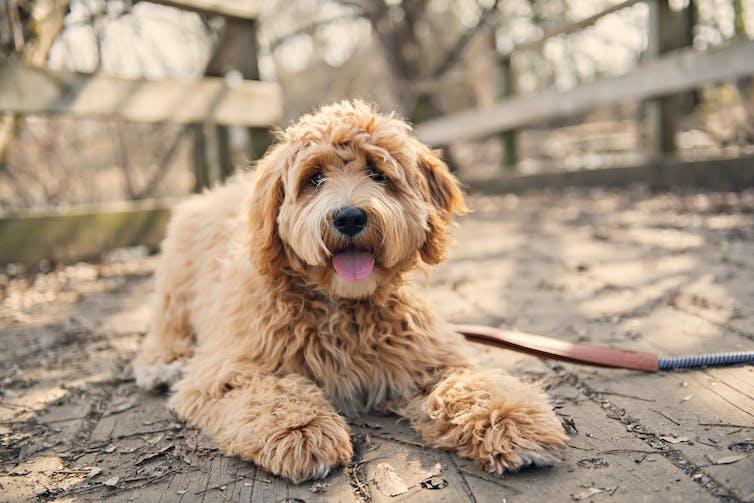 Breeders should use scientific tools to avoid inbreeding. Shutterstock

Fortunately, pedigree tools are available to enable breeders to consider a wide range of possible matings. DNA tests, which are becoming increasingly available for inherited diseases, can also be very helpful.

In any case, the new research results have provided an important, solid scientific underpinning of the common understanding of how breeds are formed. By combining the desirable aspects of both Labradors and Poodles in one breed, the Australian Labradoodle is a welcome addition to the dog-breed pantheon.

It is to be hoped breeders of Australian Labradoodles, indeed breeders of all breeds, use the available powerful scientific tools to maintain genetic variation within their breed and reduce substantially the chance of inherited diseases.

Read more: Routine and learning games: how to make sure your dog doesn't get canine cabin fever