The COVID-19 death toll is reported every day by state and federal governments. These numbers are often used, alongside case numbers, to assess how public health policies are faring in controlling the pandemic, and to gauge the success of various drugs or interventions.

There’s been confusion, however, over whether reported death statistics reflect those who’ve died from COVID-19, or those who’ve died with the virus. Often it’s hard for medical practitioners to determine which of these categories a death falls into.

But the COVID-19 death toll publicised daily on Australian state and territory government websites and reported to the press does not differentiate between the two. It includes all people who’ve died with SARS-CoV-2 (the virus that causes COVID-19) in their body. It’s unclear if the federal government currently makes this distinction or not.

Lumping these statistics together makes it hard for the public to understand the true impact of the virus. Clarifying what’s being counted as a COVID-19 death is necessary for understanding the impact of the virus, and for informing public health and clinical responses to the pandemic. If we know who is susceptible to dying with COVID-19 because of pre-existing conditions, public health responses could more effectively target and protect potentially vulnerable people and communities.

We are not suggesting this is a reason to downplay the seriousness of the virus, but rather that successful public health engagement requires open communication of death causation data, especially in a pandemic. Therefore, we need a transparent approach to counting and reporting coronavirus deaths in Australia.

Cause of death is not straightforward

Federal Deputy Chief Medical Officer Nick Coatsworth acknowledged that determining cause of death is complex when questioned by reporters on Tuesday, saying:

I remember as a junior doctor trying to do death certificates – it’s not always an easy thing […] I don’t, by any stretch of the imagination, think it’s a reason to underplay the severe impact that COVID has on people who have [pre-existing] conditions.

Indeed, distinguishing between dying with and dying from COVID-19 may require a more complex investigation into the cause of a death, beyond citing a positive SARS-CoV-2 test that was completed prior to the person’s death. 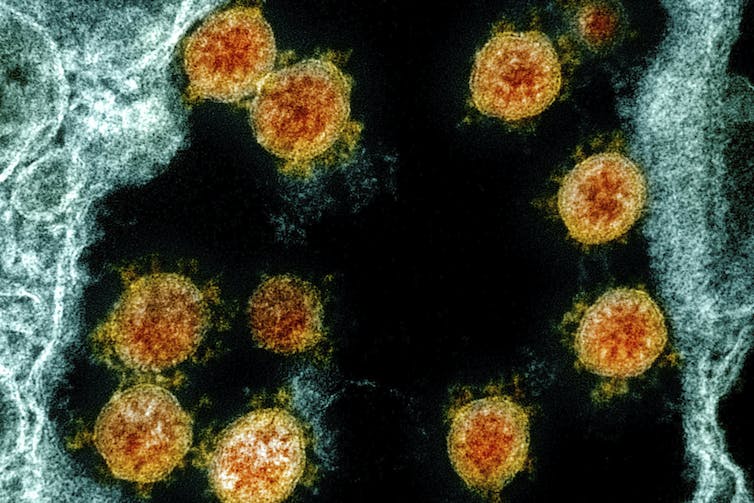 It’s not always easy to tell if someone has died because of the effects of the SARS-CoV-2 virus, or whether they’ve passed away from pre-existing medical conditions but with the virus in their system. NIAID/NIH/AP/AAP

For example, Victoria’s coroner is currently investigating the death of a man in his twenties, who was widely reported as being Australia’s youngest coronavirus death. The coroner is investigating whether his death was primarily caused by SARS-CoV-2, or whether the virus contributed less substantially to his death.

While this death was reported on August 14 in Victoria’s daily death toll, according to The Sydney Morning Herald, as of August 28 it wasn’t counted in the federal COVID-19 death tally. It remains unclear whether the death has been added to the federal count as of today.

Generally when a person dies a medical practitioner is responsible for indicating the cause of death. The doctor will complete a “medical certificate of cause of death”, and inform the Registry of Births, Death and Marriages in their state or territory.

In some circumstances, the cause of a death can also be reported by a coroner, but they typically investigate deaths that are sudden, unnatural, violent or accidental, or which occur during or after medical procedures. The cause of death may be initially unclear at the beginning of a coronial investigation. Sometimes, the determined cause of death may be multiple, while other times it may change when more information is revealed, for example through a post-mortem examination or toxicology tests, or when new information comes to light about how a virus affects the body. 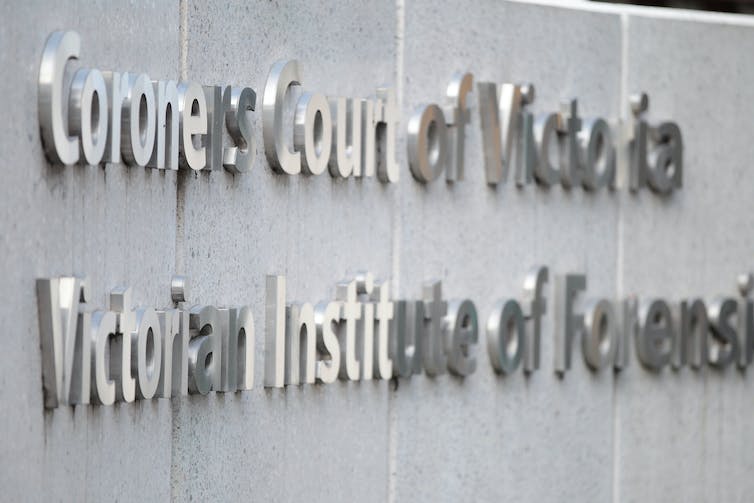 The Victorian Coroner is currently investigating the death of a man in his twenties believed to be Australia’s youngest coronavirus victim. Stefan Postles/AAP

The lack of nuance in Australia’s COVID-19 death tally means the true death rate may be unknown, and may be adjusted in the future.

For example, on August 31 Victoria recorded only eight COVID-19 deaths from the previous 24 hours, but also added 33 historical deaths to the toll. According to the state’s Chief Health Officer Brett Sutton, this backlog was due to changes in how aged care providers reported COVID-19 deaths, and differences in reporting methods between the state and federal governments.

On September 4 there were six deaths recorded over the previous 24-hours, but a further 53 historical deaths were added to the daily toll, 50 of which were related to aged care.

There is a lack of transparency about why there is a discrepancy between how Victoria and the Commonwealth count COVID-19 deaths.

A spokesperson for federal Aged Care Minister Richard Colbeck suggested delays in data collection and reporting are the primary reasons for the discrepancies. But there appeared to be confusion in early August in the aged care sector about the necessity of reporting “all COVID-19 related deaths, including those involving other causes or comorbidity factors”, according to a letter written to Victorian aged care providers from the secretary for the Department of Health, Brendan Murphy.

Read more: Have there been uncounted coronavirus deaths in Australia? We can't say for sure, but the latest ABS data holds clues

Delays may have been caused by aged care providers struggling to verify not only residents who died from COVID-19, but also those suspected to have died with the virus.

The Victorian and Commonwealth governments are reportedly working to reconcile how COVID-19 deaths are counted and reported. But it may be months or years before detailed death data can be analysed.

In the meantime, we need more detail about what’s being reported in the daily COVID-19 death data, and governments should be transparent about what is (and is not) being counted as a COVID-19 death.