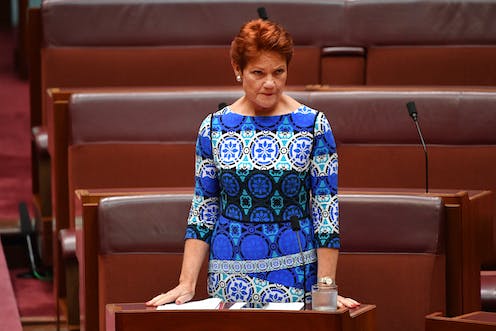 In the early 1990s, Harvard University political scientist Robert Putnam embarked on a series of studies that were to make his name synonymous with the concept of what is now widely referred to as social capital.

He has written a few bestsellers about it, including Bowling Alone and Better Together.

The idea, basically, is that societies with lots of networks – sports clubs, churches, community organisations – have higher social capital than do societies in which people are not joined in these ways. Putnam assembled a large body of evidence to support his case.

High social capital brought with it norms of reciprocity: people looked out for each other and acted in ways that enhanced the common good. It was especially valuable in times of trouble.

On television on the evening of July 5 2020 we saw social capital being accumulated: ordinary Melburnians bringing carloads of food and other essentials for the 3,000 people locked down in the residential tower blocks of Flemington and Kensington.

On television that same morning, we had seen social capital being destroyed: Senator Pauline Hanson delivering a divisive and ignorant rant, with racist overtones, excoriating those same 3,000 people.

They couldn’t speak English, said Hanson. They were drug addicts who were now having their habits fed at public expense.

Channel Nine’s Today show, on which this atrocity was broadcast, thought it was great sport. It put out a tweet promoting the rant and inviting people to say what they thought. Life, you understand, is measured in analytics – ratings, engagement and eyeballs.

This unleashed a social media backlash, so after studied reflection Channel Nine announced Hanson would no longer be a regular guest on the show. It also deleted the tweet mentioned above. Perhaps Hanson will just be an irregular one when an opportunity arises to ventilate hate speech.

Nine’s director of news and current affairs, Darren Wick, said in a statement:

We don’t shy away from diverse opinions and robust debate, but this morning’s accusations from Pauline Hanson were ill-informed and divisive. At a time of uncertainty in this national and global health crisis, Australians have to be united and supportive of one another.

By then, naturally, the analytics had been harvested.

Predictably, Hanson was then reported in The Australian as saying her right to free speech had been infringed.

No. She had exercised her right to free speech, and now she had to wear the consequences. That is the way it works in a democracy: speech that does unjustifiable harm brings consequences.

In this case there was an interesting sidelight to the free speech argument.

At 4.10pm on the afternoon of July 6 – roughly five hours after the story broke – a Google search yielded no link to any story on the issue in Nine’s two major metropolitan daily newspapers, The Age and The Sydney Morning Herald.

Two searches of their websites at that time yielded nothing either.

It was in The Australian – with reaction from Hanson; it was in the Guardian Australia; it was even in the Wauchope Gazette, perhaps the first time it has ever scooped the SMH on a national story.

Read more: Coronavirus is a huge story, so journalists must apply the highest ethical standards in how they tell it

It finally appeared on the SMH and Age websites a little after 4.30pm.

Long before Hanson got into the act, the large number of Sudanese refugees who live in those towers had for years been stopped, searched and questioned repeatedly by Victoria Police.

Eventually, in 2010, the police were sued under the Racial Discrimination Act by a group of young Sudanese men, who alleged the police engaged in racial profiling. That is, the police took action against them based on their race rather than on anything they were reasonably suspected of having done.

On the basis of statistical evidence from the police force’s own data base, Professor Chris Cunneen, a criminologist from James Cook University who specialises in the policing of Aboriginal people, concluded that racial profiling was happening in Flemington.

In 2013, the case, Haile-Michael v Konstantinidis, was settled at the door of the court, with the police promising to introduce training programs designed to improve relations between the police and ethnic minorities, particularly African communities. However, the police always denied the charge of racial profiling.

It was a long and complex saga, an excellent summary of which can be found here.

Against this troubled background, the potential exists for tension in the towers to reach dangerous levels no matter how well the police on duty there perform now.

By giving rein to her ignorance and prejudice, Hanson has made their job, and the lives of the locked-down residents, even more difficult. She has diminished Australia’s social capital.

And Channel Nine gave her a megaphone to do it with.