Chinese activity in Papua New Guinea was not the only factor behind Australia’s Pacific “Step-Up”. As a former high commissioner to PNG, I know it followed serious deliberations about Australia’s overall strategic imperatives in the region.

But China’s engagement with our nearest neighbour was in the minds of many when Prime Minister Scott Morrison announced the foreign policy initiative in November 2018, pledging to

take our engagement with the region to a new level.

Chinese President Xi Jinping was about to make a state visit to Port Moresby, before joining other world leaders at the APEC Summit there. China had been busy repairing roads and constructing an international conference centre in the PNG capital ahead of the meeting, along with a six-lane highway leading to the parliament.

A Chinese hospital ship had just conducted a well-publicised “humanitarian mission” to PNG. And Prime Minister Peter O'Neill had recently signed up to the Belt and Road Initiative, fuelling concern that PNG’s growing financial exposure to China might be converted to Beijing’s strategic advantage. 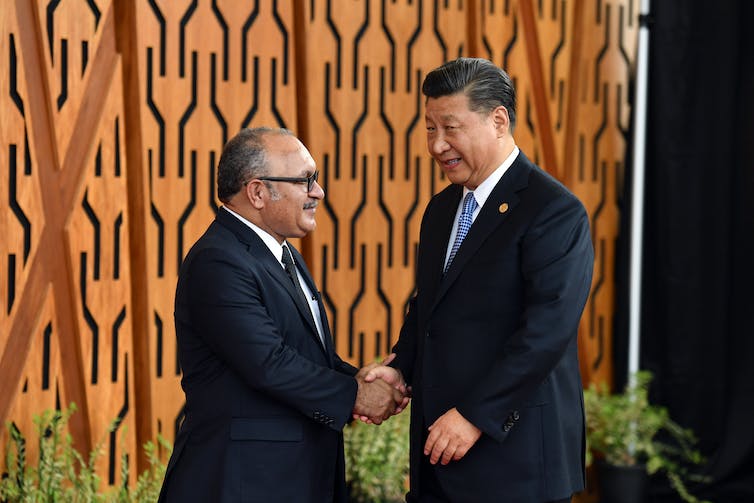 Xi Jinping was the first Chinese leader to visit PNG when he arrived for the APEC summit in November 2018. Mick Tsikas/AAP

Xi then used the opportunity of his state visit to pledge an additional US$300 million in concessional loans to the country.

Several Papua New Guinean friends commented then that none of this activity would be of lasting benefit to the struggling developing country. But it certainly captured public attention, and suggested a renewed strategic intent on China’s behalf to boost its influence in the region.

Read more: Despite its Pacific 'step-up', Australia is still not listening to the region, new research shows

Eighteen months later, China is still looking for ways to engage with PNG, motivated by interest in both its abundant natural resources and key strategic location. But these efforts sometimes seem uncoordinated, and Beijing has suffered some significant setbacks.

China has been surprisingly slow to respond at critical moments. For instance, PNG officials became frustrated with bureaucratic stalling in early 2019 as they sought to follow up on Xi’s promised loan, and Australia ultimately stepped in to supply the required A$440 million.

And this year, China has not sent any meaningful signal of solidarity to PNG since the onset of COVID-19 – just proforma PPE donations. Western institutions like the IMF are instead stepping in with emergency financial assistance but, so far at least, China has been nowhere to be seen.

The recent experience of China’s Zijin Mining Group points to another constraint – the anti-Chinese sentiment that sometimes lurks below the surface in PNG.

The PNG cabinet decided in April not to renew the gold mining lease held jointly by Zijin and Canada’s Barrick Gold at Porgera in the Highlands region. Prime Minister James Marape announced Porgera would instead transition to national ownership.

A letter from Zijin Chairman Chen Jinghe to Marape was then leaked. Chen warned if Zijin’s investment was not “properly protected”, he was

afraid there will be significant negative impact on the bilateral relations between China and PNG.

This provoked visceral anti-Chinese sentiment and praise for Marape’s stance on social media in PNG. Speculation last week the government was looking to sell the mine to another Chinese group sparked a further wave of anti-Chinese feeling – this time critical of Marape.

The tone of some of these messages brought to mind the violent attacks against Chinese and other Asian small business owners at past moments of economic hardship and local tensions in PNG. 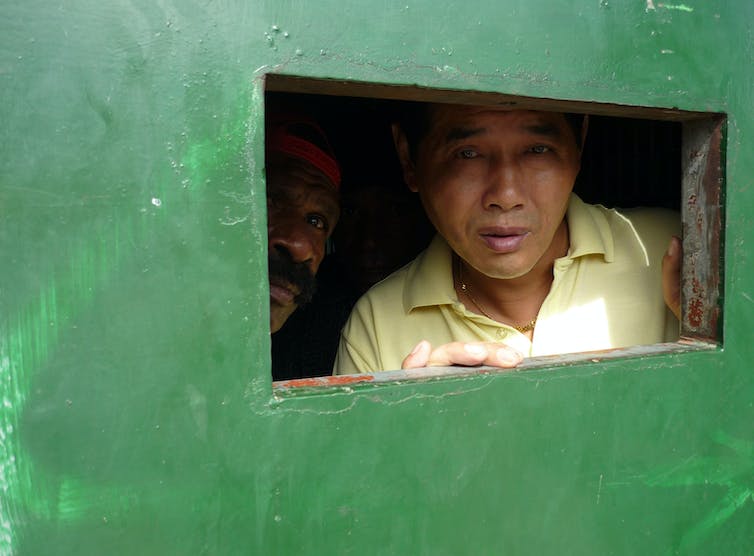 Zijin is not the first Chinese resource company to face difficulties in PNG. In 2004, China’s Metallurgical Construction Company (MCC) secured the agreement of then-Prime Minister Michael Somare to buy the Ramu nickel mine in Madang province.

The company learned quickly that an agreement with the head of government is not enough. MCC did not plan adequately for engagement with landowners, provincial authorities and environmentalists, and inflamed local tensions by using imported Chinese labour.

MCC spent almost two years in court pitted against these groups, to its substantial cost.

Read more: Everything but China is on the table during PNG prime minister's visit

China is not giving up

PNG can be a hard place to operate. As the Australian government and many businesses and NGOs have found, success requires sustained effort with multiple stakeholders.

Chinese companies are not giving up. China Mobile reportedly looked at taking over domestic mobile carrier Digicel earlier this year, and Shenzhen Energy is persevering with its stalled US$2 billion “Ramu 2” hydro power project, given initial approval by the O'Neill government in 2015.

Industry sources report the current government, eager to announce employment-generating projects, is considering moving to implementation stage after some hesitation.

Read more: In the post-APEC scramble to lavish funds on PNG, here's what the country really needs

A deal has also recently been signed allowing PNG seafood exports to China.

China has every right to pursue investments in the region, and PNG is entitled to diversify its external links. Beijing will likely make further advances, but on current form these will likely be more opportunistic than strategic.

Australia should engage China positively in PNG, consistent with its bilateral interests in both Port Moresby and Beijing. It should also build confidently on the advantages that flow from geographic proximity and a long, overall positive relationship with its friends across the Torres Strait.