Morrison’s reforms are based on Steven Joyce’s 2019 review of Australia’s vocational education and training (VET) system, of which all recommendations were accepted by the federal government.

But actors in the sector may be sceptical of the “overhaul” based on their experience of past changes. Reforms in 2014 were similarly aimed at making VET more responsive to industry needs and cutting red tape, all the while pulling funding from the sector.

Read more: The government keeps talking about revamping VET – but is it actually doing it?

The end result was a substantial contraction of the sector, as well as significant rorting by private organisations.

What’s happened since the last reforms?

Governments from both parties have introduced 33 significant sector reforms since 1998. And the Coalition has made a number of attempts to reorganise VET since being elected in 2013.

The result is an industry suffering from “reform fatigue”, and teachers experiencing dissatisfaction with their work and low morale.

The sector has also shrunk. Between 2013 and 2018 total full-time equivalent student hours decreased by 30% – while total student numbers decreased from 1.9 million to fewer than 1.1 million.

Read more: Most young people who do VET after school are in full-time work by the age of 25

Apprenticeships were particularly impacted by the changes. While 214,000 apprentices completed their training in 2013, this went down to 89,000 in 2018. This was accompanied by a substantial drop in financial support from government – from A$6.8 billion to A$5.3 billion.

Meanwhile, efforts to decrease regulation to make the sector more responsive to the market resulted in substantial rorts by private providers, who greatly tarnished the reputation of the sector as a whole.

Morrison’s disparaging rhetoric towards VET harks back to federal industry minister Ian Macfarlane’s attempts at reform in 2014, when he aimed to update a “fractured, unwieldy and overly bureaucratic” sector to be “streamlined and effective”.

Morrison outlined three key problems to overcome in the VET system. First, the system is too complex and unresponsive to industry demand. Second, it does not offer clear information about the skills needed for the future. And third, the system is inconsistent between states and there is poor accountability over how money is spent. 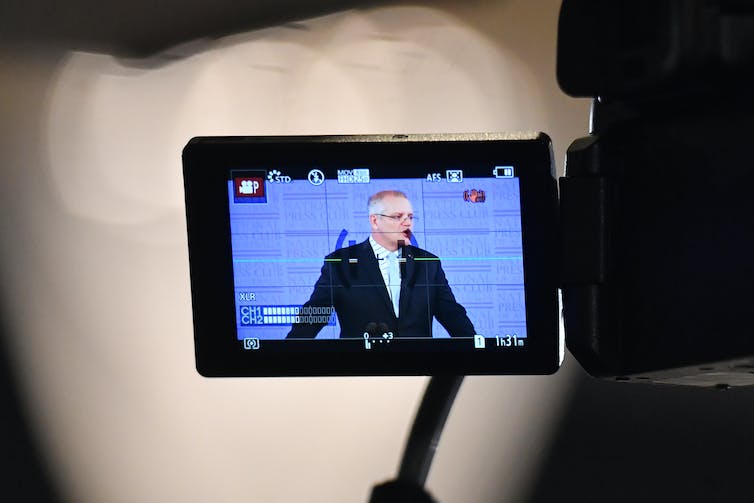 The prime minister announced no new funding for the VET sector. MICK TSIKAS/AAP

To solve these problems, the government will establish pilot Skills Organisations to “enhance the […] leadership of industry in the skills pipeline”, by giving industry more control over the contents of qualifications.

These organisations are reminiscent of Macfarlane’s 2014 Industry Skills Councils. These were aimed at giving industry “the freedom to design the type of training they’re after”.

Given this still a recurring issue, it appears previous efforts to give industry more voice in training package design have not achieved their goals.

Read more: Jobs are changing, and fast. Here's what the VET sector (and employers) need to do to keep up

This draws from another past VET reform. Paul Keating established the Australian National Training Authority in 1992. It had a very similar remit to this new skills commission but was dissolved by the Howard government in 2005.

A final feature Morrison’s skills overhaul shares with its predecessors is a lack of commitment to increasing funding to the sector. Morrison said he wanted to better target A$1.5 billion of federal funding to the sector, rather than committing to providing additional financial support.

While funding was raised as a key issue during the 2014 reforms, it remains relevant. Vocational education is still comparatively underfunded compared to schools and higher education.

Without increasing funding to the sector, it is hard to imagine it achieving the goals set up for it by Morrison and the Joyce review.