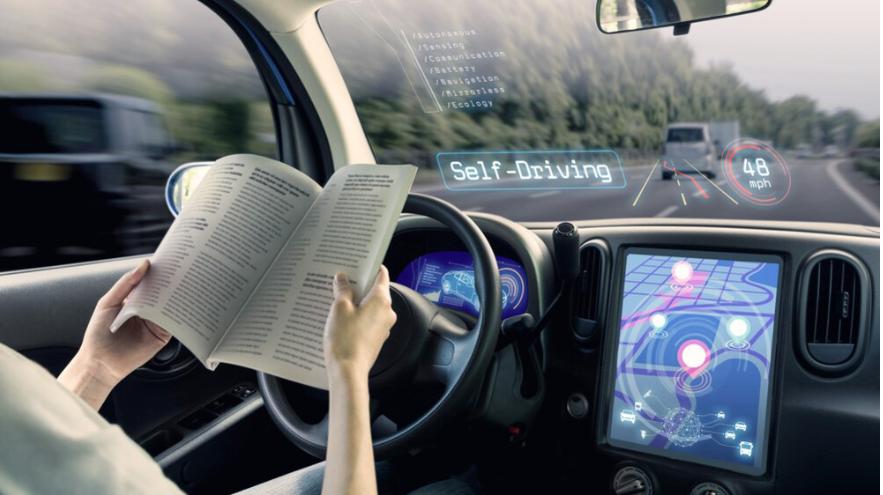 2020 was supposed to be the year where humans were finally replaced. We could relax and the cars would run without our assistance. The autonomous revolution would have been embarked. These were not the promises of the common man. Companies like Uber, Google, Ford, BMW among many others ensured a fully autonomous vehicle by 2020.

In 2012, Google CEO Sergy Brin said that the autonomous vehicle would be accessible for the ordinary people within 5 years. In 2016, Uber CEO Travick kalnick promised to eliminate human driver’s within a time frame of 4 years. A board member of BMW cheered the crowd saying, “The company’s slogan, ‘The Ultimate Driving Machine’ would be antiquated by 2020.”

Fast forward to current times, and here we are in the midst of the global pandemic crisis. No sign of self-driving cars. The advanced technology needed to construct self-driving cars are far from being accessible. The future, the tech companies promised, is not yet realized. In fact, it could take another decade to get close to the predictions car companies made. Humans have the unique ability of managing the complete operations of driving a car. We are fully aware of the different scenarios and the decision making ability. These peculiar aspects are difficult to integrate in an autonomous system. Any car issue to a human can be easily serviced by looking for a car service near me facility. To know how far we have come, we need to understand the five major levels of achieving our goal of fully autonomous vehicles.

Level 1 - The vehicle is limited to either control the steering or braking, not both simultaneously. This is known as Driver’s assistance.

Level 2 - The car can control both the steering and braking parts simultaneously, although the driver still needs to pay attention on the road. This is called Partial Automation. Tesla’s Autopilot and General Motors are a great illustration of this level.

Level 3 - The car manages to operate most of the facets of driving and the driver can take their eyes off the road. This is known as Conditional Automation.

Level 4 - The car takes full control of the vehicle enabling the driver to focus on other tasks. This is what is called High Automation.

Level 5 - The car drives you. You need not worry about anything. There’s not even the steering component of the car. This is known as Full automation.

At present we are between the Level 2 & Level 3.

Level 4 & Level 5 are years ahead and need a constructive research and development duration before we get close to it.

The Car Industry was too optimistic, neglecting the challenges and the advanced technology it would need to build a fully automated vehicle. As the companies race to be the pioneer of the self-driving cars revolution, there is more to it than just considering the automated feature of the car. People safety on the road and traffic problems are the major problems to be tackled to realize this dream and look for mechanic near me.

In 2018, where these concerns aroused, one of Uber’s self-driving test cars battered and killed a woman in Tempe, Arizona. Four Tesla drivers have been killed since 2016 while testing the company’s semi-autonomous system. While the technology part will be developed sooner or later, the problem in the machines lies in understanding the environment as precisely as humans. Replicating Human’s cognitive abilities is the hardest challenge for a machine.

Machines work on one principle - Inductive reasoning. They gather data and based on their experiences and observations come to a conclusion. Machines are consistently fed with information to help them recognize things. To help machines conclude the difference between a dog and a cat, they are shown cat photos for the umpteenth time. This way after a certain period of time they are able to recognize cats.

While this is easily grasped by the machines, the issue arises to match the cognitive thinking ability. A fully autonomous car cannot conclude whether the cat on the footpath will jump into the traffic or continue walking sideways.

To develop a fully autonomous car, the machine needs to be shown live observations of everything concerned with driving a car. This includes witnessing a car accident, detecting potholes, identifying traffic, ability to halt while seeing someone cross the road, etc.

Machines need enormous data to recognize and be well versed with every aspect of driving the car with ease. Many companies are trying to achieve the same. Waymo is the leader at present. Waymo, a subsidiary of Alphabet Inc. is trying to develop the necessary characteristics in the machines.

The problems are endless and the companies need to figure out the challenges first before coming with the solutions. Self-driving cars can indeed prove beneficial for the common man. Road accidents lead to a huge number of deaths per year. Autonomous cars can curtail human errors which is the prime reason for road accidents. There would be less traffic. They are also good for the environment. It will help reduce emissions which is the major problem of global warming concerns.

Benefits are many, but one cannot enjoy it unless the shortcomings are met. While the future is indeed of Self-driving cars, we are distant as of now. It could take several decades to reach Level 5.

The automobile industry needs to find an ideal path towards the realization of Self-driving cars. Through collective effort, the optimal process can be deciphered. We can then only realize our long awaited dream of having a fully autonomous car.