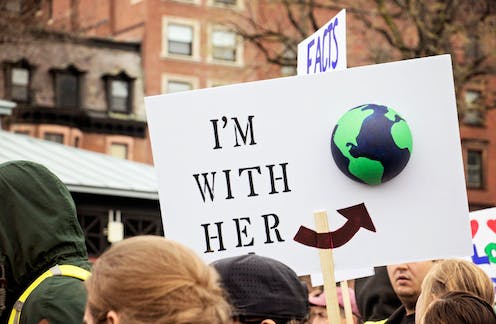 Australian news consumers are far more likely to believe climate change is “not at all” serious compared to news users in other countries. That’s according to new research that surveyed 2,131 Australians about their news consumption in relation to climate change.

The Digital News Report: Australia 2020 was conducted by the University of Canberra at the end of the severe bushfire season during January 17 and February 8, 2020.

It also found the level of climate change concern varies considerably depending on age, gender, education, place of residence, political orientation and the type of news consumed.

More than half (58%) of respondents say they consider climate change to be a very or extremely serious problem, 21% consider it somewhat serious, 10% consider it to be not very and 8% not at all serious.

While most Australian news consumers think climate change is an extremely or very serious problem (58%), this is still lower than the global average of 69%. Only ten countries in the survey are less concerned than we are.

There’s a strong connection between the brands people use and whether they think climate change is serious.

More than one-third (35%) of people who listen to commercial AM radio (such as 2GB, 2UE, 3AW) or watch Sky News consider climate change to be “not at all” or “not very” serious, followed by Fox News consumers (32%).

This is perhaps not surprising when some of the most strident critics of climate change science can be found on commercial AM radio, Sky and Fox News.

Among online brands, those who have the highest concern about climate change are readers of The Conversation (94%) and The Guardian Australia (93%), which reflects their audiences are more likely left-leaning and younger.

Read more: We want to learn about climate change from weather presenters, not politicians

More than half of Australians get their information about climate change from traditional news sources (TV 28%, online 17%, radio 5%, newspapers 4%).

However, 15% of Australians say they don’t pay any attention to news about climate change. This lack of interest is double the global average of 7%. Given climate change impacts everyone, this lack of engagement is troubling and reflects the difficulty in Australia to gain political momentum for action.

The polarised nature of the debate

News consumers in regional Australia are also less likely to pay attention to news about climate change. One fifth (21%) of regional news consumers say they aren’t interested in climate change information compared to only 11% of their city counterparts.

Given this survey was conducted during the bushfire season that hit regional and rural Australia hardest, these findings appear surprising at first glance.

And the data clearly reflect the polarised nature of the debate around climate change and the connection between political orientation, news brands and concern about the issue. It found right-wing news consumers are more likely to ignore news about climate change than left-wing, and they’re less likely to think reporting of the issue is accurate.

The findings also point to a significant section of the community that simply don’t pay attention to the issue, despite the calamitous bushfires.

This presents a real challenge to news organisations. They must find ways of telling the climate change story to engage the 15% of people who aren’t interested, but are still feeling its effects.

Other key findings in the Digital News Report: Australia 2020 include:

In many ways these findings, including those on climate change reporting, reflect wider trends. Our interest in general news has been falling, along with our trust.

This changed suddenly with COVID-19 when we saw a big rise in coverage specifically about the pandemic. Suddenly, the news was relevant to everyone, not just a few.

We suspect that key to the “COVID-trust-bump” was the news media adopting a more constructive approach to reporting on this issue. Much of the sensationalism, conflict and partisanship that drives news – particularly climate change news – was muted and instead important health information from authoritative sources guided the coverage.

This desire for impartial and independent news is reflected in the new report. The challenge is getting people to pay for it.