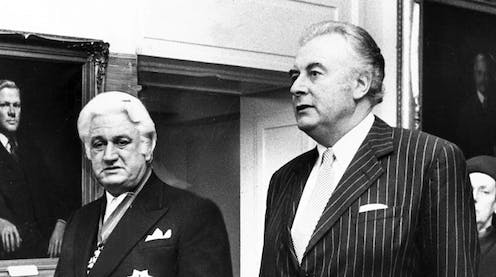 In August 1975, speaking at a private dinner at Sydney’s Wentworth Hotel,...

In August 1975, speaking at a private dinner at Sydney’s Wentworth Hotel, Governor-General Sir John Kerr proudly described himself as “the Queen’s only personal representative in Australia with direct access to her”.

Kerr was a staunch monarchist, and what he saw as his “direct” access to the Queen was of great moment to him:

I am in constant communication with her on a wide variety of matters, on most of which I am communicating directly to her.

We now know just how constant that communication was. Kerr wrote frequently, at times several letters in a single day. There are 116 of his letters to the Queen, almost all of them sent through her private secretary, Sir Martin Charteris, containing extensive attachments including press reports, other peoples’ letters to Kerr, telegrams and articles. There are also 95 letters from the Queen to Kerr, all through Charteris.

These 211 letters in the National Archives of Australia, written during the entirety of Kerr’s tenure as governor-general and with increasing frequency after August 1975, constitute “the Palace letters”. They are without doubt the most significant historical records relating to the dismissal of the Whitlam government in November 1975. Yet, until last week’s landmark High Court decision, they had been closed to us by the archives, labelled as “personal” records and placed under the embargo of the Queen.

Read more: High Court ruling on 'Palace letters' case paves way to learn more about The Dismissal - and our Constitution

Aware of their immense historical significance, and with the support of a legal team working pro bono, in 2016 I launched a Federal Court action against the National Archives in an effort to secure access to the Palace letters.

It was not only the obvious importance of letters between the Queen and the governor-general, her representative in Australia, relating to Kerr’s unprecedented dismissal of the elected government that drove this case. It was also the importance of asserting the right of public access to, and control over, our most important archival records.

It took four years and a legal process through the Federal Court, the full Federal Court, and finally the full bench of the High Court of Australia - at which the federal attorney-general Christian Porter joined with the archives against my action. But in an emphatic 6:1 decision, the High Court ruled against the archives. It found the letters were not “personal” but rather Commonwealth records, and as such must now be available for public access under the provisions of the Archives Act. 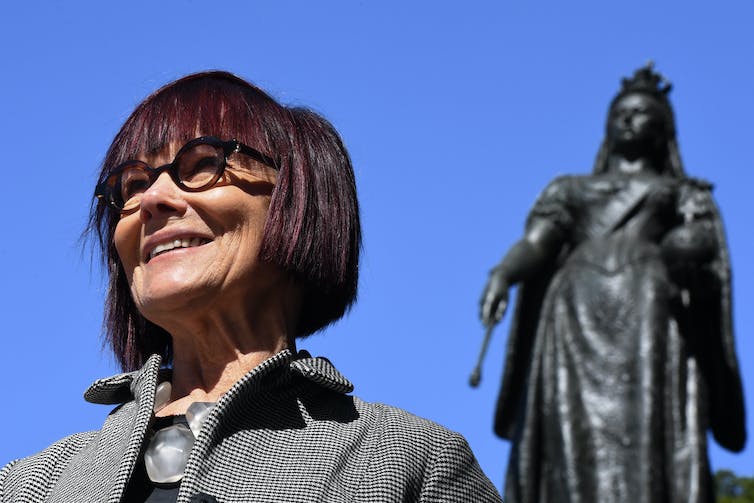 Jenny Hocking last month won her case in the High Court to have access to the Palace letters. AAP/Peter Rae

This is an immensely important decision, overturning decades of archival practice that has routinely locked away royal records from public view as “personal”. It also provides a rare challenge to reflexive claims of “royal secrecy”, here and elsewhere.

Its implications will be felt broadly in other Commonwealth nations and potentially in the United Kingdom, where the Royal Archives are firmly closed from public access except with the permission of the monarch. Of equal importance is that the High Court’s ruling has brought the Palace letters firmly under Australian law, ending the humiliating quasi-imperial imposition of the Queen’s embargo over our archival records, and over our knowledge of our own history.

What made this case so important was the significance of original documents to the evolving history of the dismissal. A series of revelations in recent years, much of it from Kerr’s papers, has transformed that history and deeply challenged our previous understandings of the dismissal.

As a deeply contested and polarised episode, access to original records – as opposed to subsequent interpretations – was unusually significant. There could be no more significant records than the letters between the governor-general and the Queen regarding what the Federal Court described as “one of the most controversial and tumultuous events in the modern history of the nation”.

I first came across the Palace letters more than a decade ago, when I began exploring Kerr’s papers as part of the research for my biography of Gough Whitlam. When I sought access to them I was told they were “personal” papers -– “non-Commonwealth, no appeal”. This meant I could neither access them nor appeal that denial of access to the Administrative Appeals Tribunal. The only way of challenging the label “personal” was a Federal Court action, an onerous and prohibitive prospect.

A series of revelations from Kerr’s papers highlighted their importance and the travesty of their continued closure. These include: a personal journal Kerr wrote in 1980 in which he cites several of the letters and recounts his critical discussion with Prince Charles in September 1975 expressing concern for his own recall as governor-general if he were to dismiss Whitlam; extracts from some of the letters; and his frequent references to the letters in other letters to friends and colleagues. Perhaps the most crucial item of all was a handwritten note, “Points on Dismissal”, in which he refers to “Charteris’ advice to me on dismissal”.

There could scarcely be a stronger indication that the Palace was intensely involved with Kerr’s consideration of the possible dismissal of the elected government. This, along with other materials, suggest that at the very least, Kerr had drawn the Palace into his planning before the dismissal.

Kerr cites a letter to the Queen in August 1975 in which he raised the “possibility of another double dissolution”. Just why he would be raising this two months before supply had been blocked in the Senate, and when the prime minister had held a rare double dissolution just the previous year and was intending to call the half-Senate election which was then due, may be answered when we see the letters.

Kerr writes that his conversations with Whitlam “were reported in detail to the Queen as they happened” for several months before the dismissal itself. This is a simply extraordinary situation: the governor-general is reporting to the Queen his private conversations, plans, matters of governance, and meetings with the Australian prime minister, and this is kept secret from the prime minister himself.

This is the crucial context of secrecy and deception in which the Palace letters must be considered: that Whitlam knew nothing of these discussions because Kerr had decided on a constitutionally preposterous policy of “silence” towards the prime minister, who retained the confidence of the House of Representatives at all times.

It is this extensive communication through hundreds of letters to and from the Queen, when taken in the context of Kerr’s self-described “silence” towards his own prime minister, that shows Kerr’s aberrant perception of his vice-regal role as acting as “the Queen’s personal representative” while failing to consult his own prime minister.

As historian John Warhurst has noted, from what we already know of the Palace letters:

…the British crown was interfering in the 1975 dispute in ways that should offend anyone who wants Australia to be a fully independent nation … the Palace did not stand above the fray … Kerr consulted the Palace and took advice from the Queen’s secretary acting on behalf of the Queen.

Knowing our story, in full

The National Archives’s denial of access to the Palace letters has prevented us knowing the extent of that consultation and advice for too long. The High Court’s resounding rejection of the basis for that secrecy is an historic opportunity for the director-general of the archives, David Fricker, to make good his claim the archives is a “pro-disclosure organisation”, recognise the profound breach with the past the decision represents, and embrace the spirit of public access that underpins it by releasing all 211 of the Palace letters.

It’s time for an open reckoning with our past, a fully informed debate about the events of 1975, and an answer to the lingering questions over the role of the Queen.

No matter how unpalatable this story may be to some, it’s our story and we have a right to know it.