Disasters are typically followed by an influx of resources, including millions of dollars channelled through humanitarian agencies for rebuilding housing. Images of destruction and distressed victims create deep empathy and generosity, generating a “revolution of giving” to ease suffering and help rebuild shattered lives. For instance, the Aceh post-tsunami reconstruction received nearly US$7 billion worth of humanitarian aid.

However, this outpouring of support often occurs with limited understanding of the actual conditions of affected people and the support they need. In contrast to the costly implementation of reconstruction projects, very little attention is paid to project evaluation. Non-governmental organisations (NGOs) and other humanitarian agencies often focus on short-term outcomes.

In fieldwork in the Philippines in 2014 and 2019, we explored how and why residents have improved the houses first built in 2012 when they were relocated after Typhoon Washi hit the city of Cagayan de Oro. Over the years, these modifications have produced more habitable housing. They have also added colour to otherwise dull and uniform housing units. 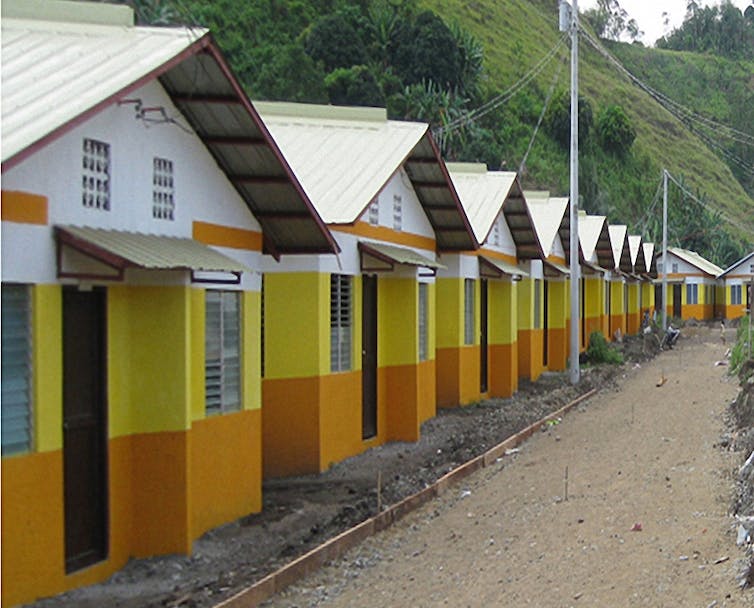 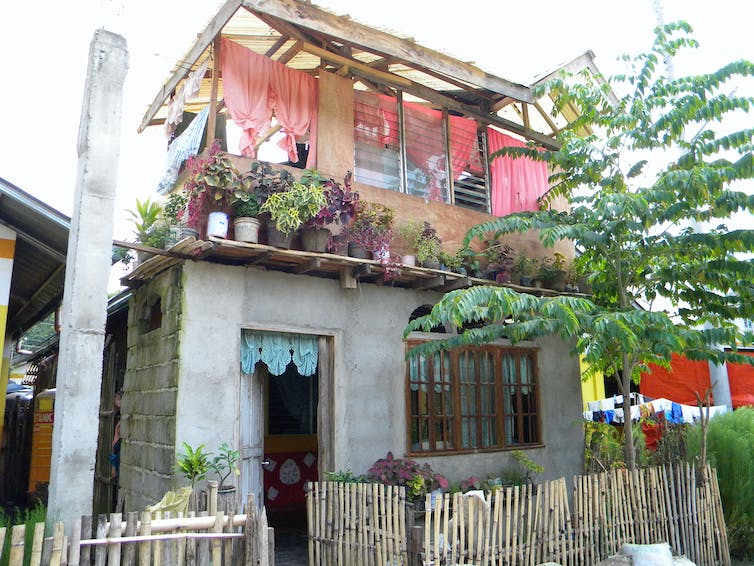 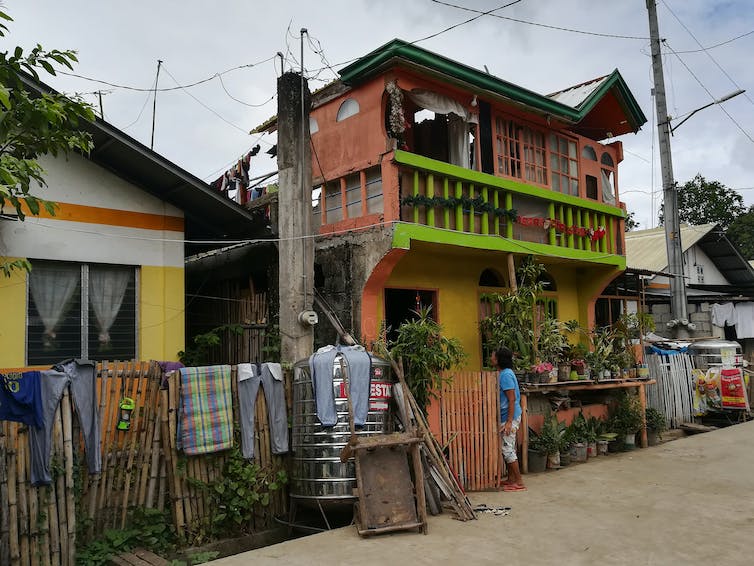 The evolution of a Habitat for Humanity block house from completion in 2012 (top) to July 2014 (middle) to December 2019. S. Carrasco 2014, 2019, Author provided Our research findings underscore the need to consider community views on post-occupancy issues and development opportunities. It is important to understand why resettled residents resort to their own housing renovations. It’s their way of coping with the impacts and shortcomings of humanitarian housing projects. The case of Cagayan de Oro 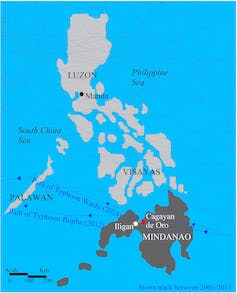 Typhoon exposure of the Philippines and the path of Typhoon Washi through Cagayan de Oro (red dot). Carrasco et al. (2016), Author provided The 2019 World Risk Index ranked the Philippines among the countries most at risk of disasters in Asia and the ninth in the world. Typhoons are by far the most frequent hazard. The poor and those who live in vulnerable areas are most at risk. On December 16 and 17 2011, Typhoon Washi (locally known as Sendong) devastated most of Cagayan de Oro, a regional city in Northern Mindanao. Washi displaced more than 250,000 people, almost 40% of the city population. Around 85% of the affected households, mostly poor families, lived in informal settlements near or along the Cagayan River. After the typhoon, the state-led rehabilitation plan focused on building 11,225 permanent houses. Humanitarian agencies built 86% of these for households in relocation sites. The government mobilised resources and tapped multiple stakeholders to fast-track construction. In April 2012, four months after the disaster, the first families moved in to their new houses. The new housing sites were 7 to 20 kilometres away from their original homes near the city centre. The former settlements were cleared and declared “no-build zones” to prevent relocated residents from returning. 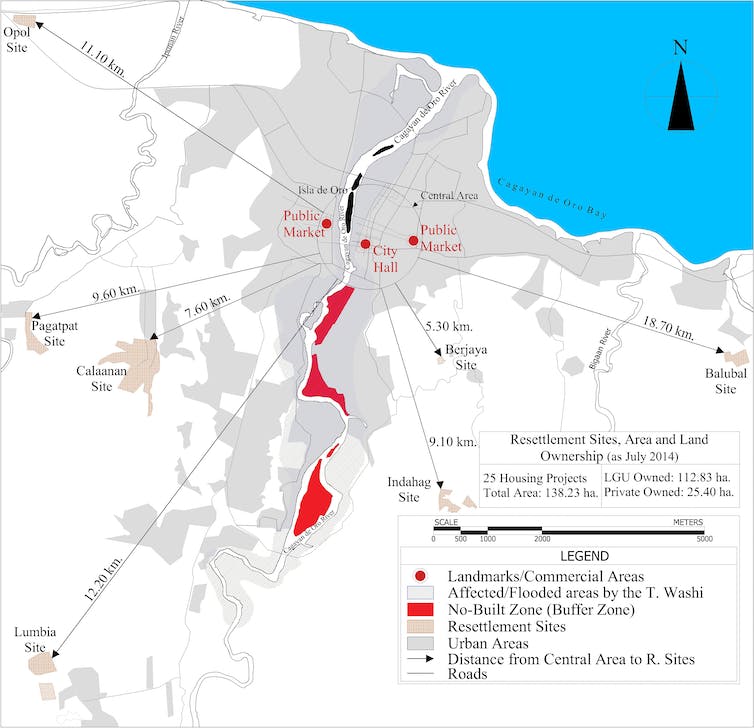 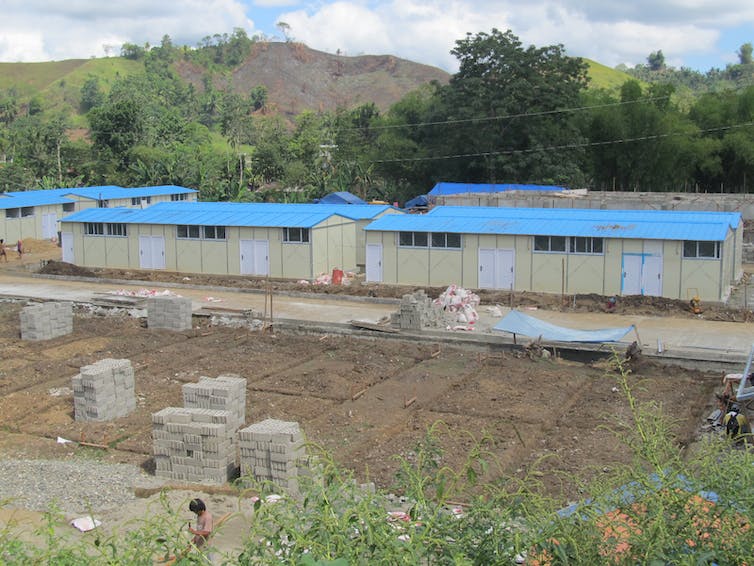 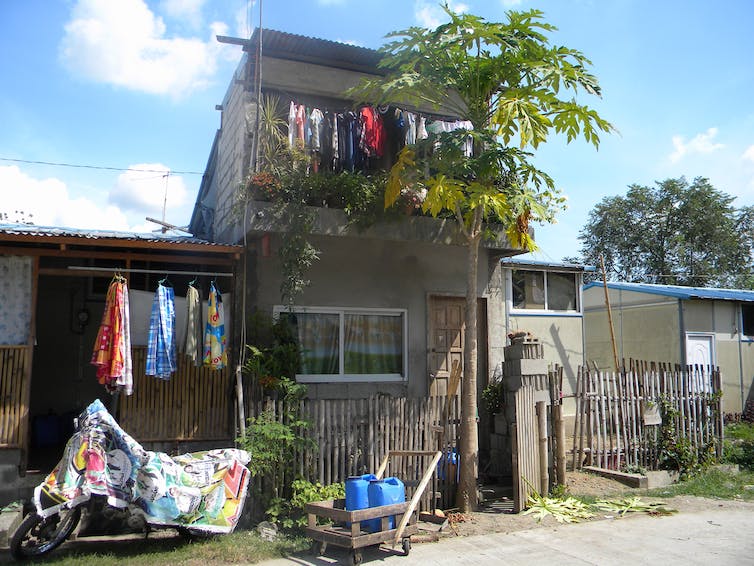 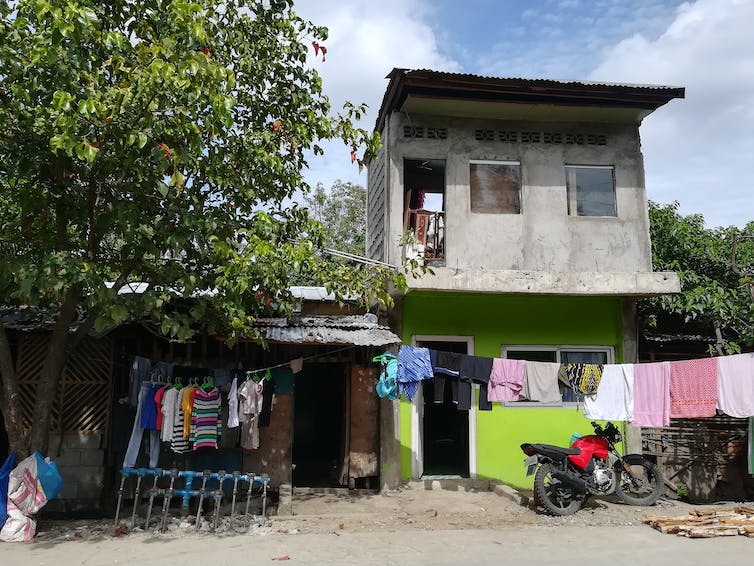 A row house built by the Filipino-Chinese Chamber of Commerce in 2012 (top), July 2014 (middle) and December 2019. S. Carrasco 2014, 2019, Author provided Key considerations included access roads, communal facilities, sanitation, and water and power supply. In many cases however, communal taps or deep wells provided water, while electricity remained unavailable after years of occupation. Another major concern is the limited floor area of housing units. Housing units of 21 square metres were provided for families of 12. In some units, temporary materials were used. The result was poor living conditions for resettled residents. 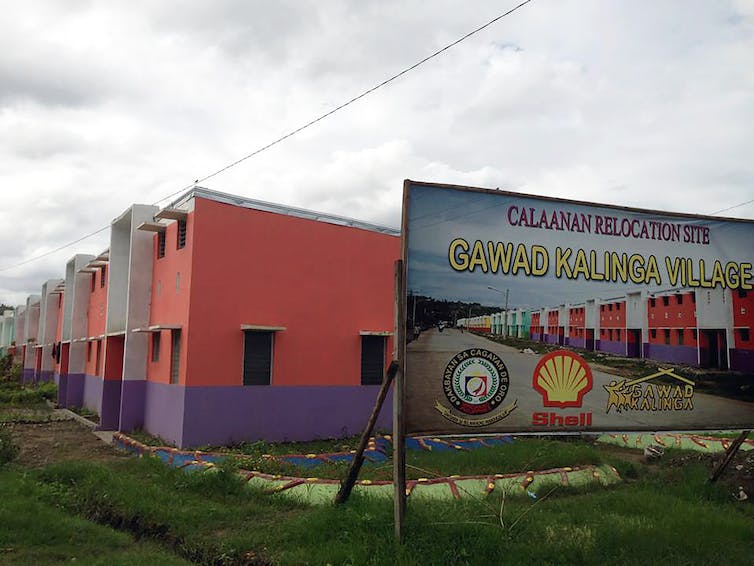 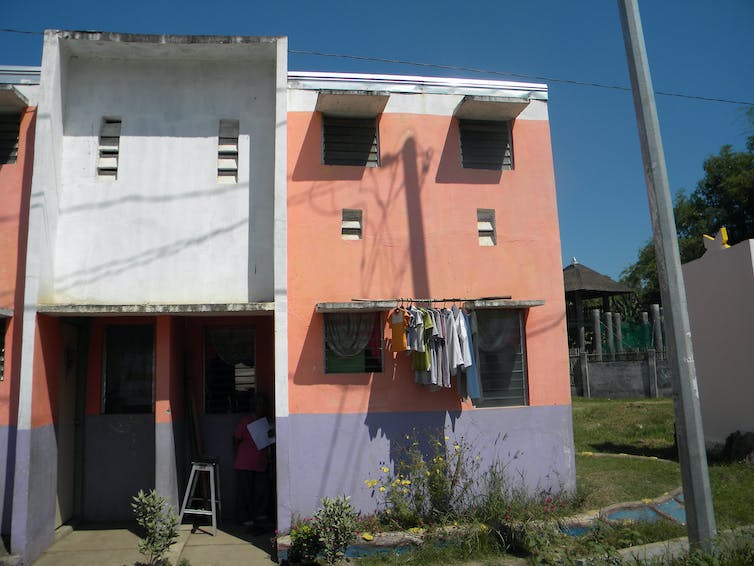 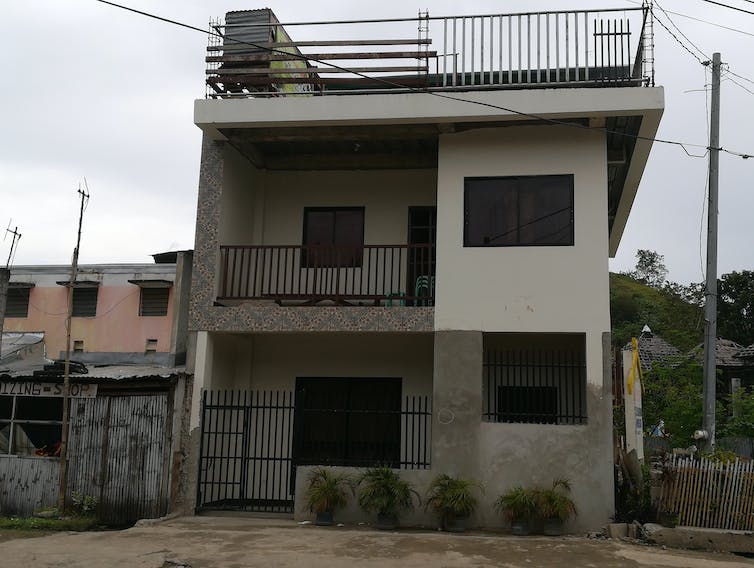 A row house built by NGO Gawad Kalinga and Shell after completion in 2012 (top), in July 2014 (middle) and in December 2019. S. Carrasco 2014, 2019, Author provided Why residents renovate houses themselves In our fieldwork, we saw how residents have progressively improved their houses by undertaking their own renovations. This work depended on their available resources and changing family needs and plans. For many residents, the most relevant factors they considered in housing extensions are: their families’ composition and needs local economic and socio-cultural factors local environment and climatic conditions. Livelihoods, for instance, emerge as a critical factor. Many residents have added an extra room or space to operate sari-sari stores (retail shops) and other home-based enterprises. The table below shows other overlapping reasons and motivations for housing modifications. 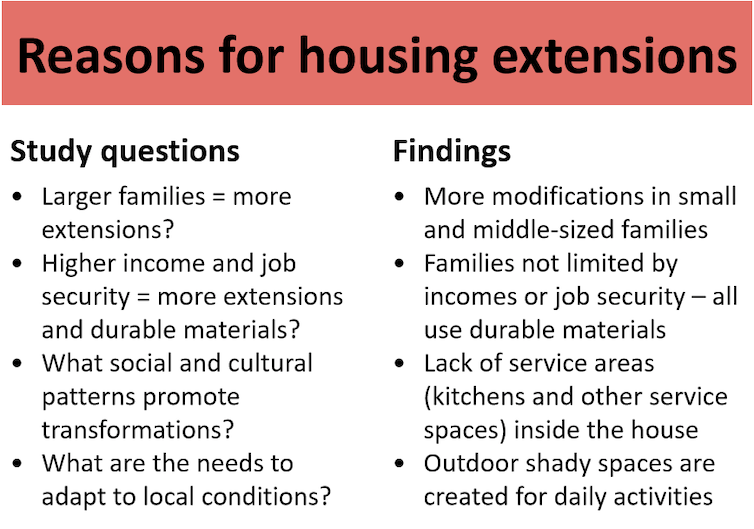 S. Carrasco (2018), Author provided The impacts of the provided housing on the lives of residents affect later investments in housing construction by the residents themselves, or with support from humanitarian groups. The lack of proper monitoring of the incremental housing modifications could compromise housing safety. Unreliable structural quality could leave some residents vulnerable to earthquakes or typhoons. Unregulated construction using makeshift materials also creates fire risks. Our findings suggest these concerns should be at the centre of discussions on strategies that enable residents to incrementally expand their houses based on their needs and capacity at the time. Evaluation and supervision of incremental housing projects should be an integral aspect of humanitarian housing programs. These processes are as important as the project delivery itself.