There’s no denying the grandeur and allure of a nature reserve or marine protected area. The concept is easy to understand: limit human activity there and marine ecosystems will thrive.

Why? Our research shows it’s because marine protected areas are often placed where there’s already low human activity, rather than in places with high biodiversity that need it most.

Not where they should be

Many parts of the world’s protected areas, in both terrestrial and marine environments, are placed in locations with no form of manageable human activity or development occurring, such as fishing or infrastructure. These places are often remote, such as in the centres of oceans.

Read more: Protected marine areas seem a good idea – but they may have insidious political effects

And where marine protected areas have been increasing, they’re placed where pressures cannot be managed, such as areas where there is increased ocean acidification or dispersed pollution. 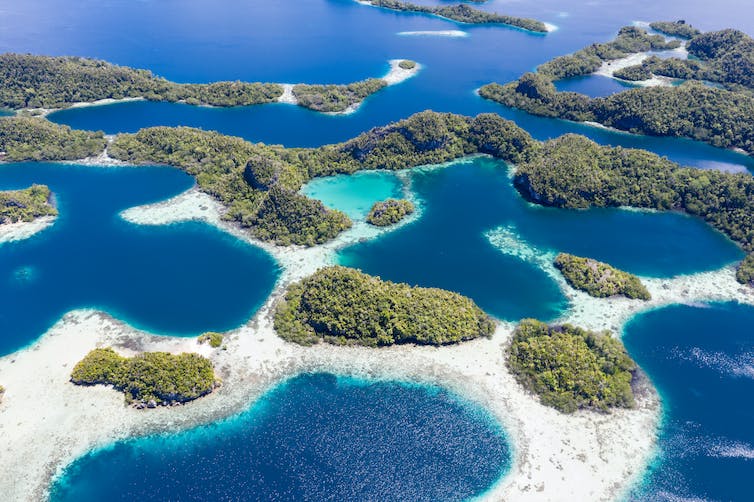 But biodiversity is often highest in the places with human activity – we use these locations in the ocean to generate income and livelihoods, from tourism to fishing. This includes coastal areas in the tropics, such as the Coral Triangle (across six countries including Indonesia, the Philippines and Malaysia), which has almost 2,000 marine protected areas, yet is also home to one of the largest shipping routes in the world and high fishing activity.

Read more: Why seagrass in Indonesia's marine protected areas is still under threat

What’s more, many marine industries are already regulated through licences and quotas, so it’s hard to establish a new marine protected area that adds a different type of management on top of what already exists.

This leaves us with an important paradox: the places where biodiversity is under the most pressure are also the places humanity is most reluctant to relinquish, due to their social or economic value. Because of those values, people and industry resist changes to behaviour, leaving governments to try to find solutions that avoid conflict.

Lessons from the fishing industry

How can we resolve the paradox of marine protected areas? A strategy used in the fishing industry may show the way.

Fisheries have had experience in going beyond the limits of sustainability and then stepping back, changing their approach to managing species and ecosystems for better sustainability, while still protecting economic, social and environmental values.

In the past, many of the world’s fisheries regularly exceeded the sustainable limit of catches, and many species such as southern bluefin tuna declined significantly in number. But strong rules around how a fishery should operate mean declines have since been reversed. 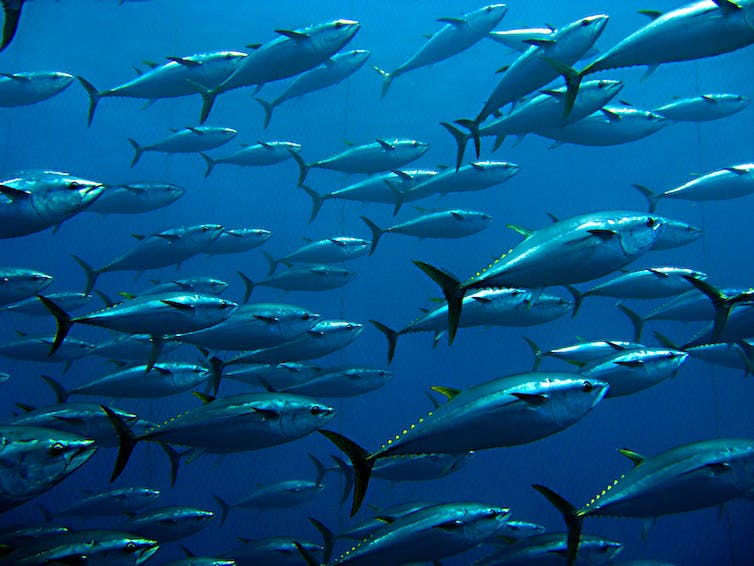 So how did they do it? In recent decades, many of the world’s large-scale fisheries implemented formal “harvest strategies”. These strategies can flip downward trends of marine species in places not designated a marine protected area.

These measures may include changing how fishing is done or how much is done. It’s a commonsense strategy that’s delivered successful results with many fished species either recovering or recovered.

In Australia, the federal government introduced a formal harvest strategy policy to manage fisheries in 2007. It was evaluated in 2014, and the report found many (but not all) fish stocks are no longer overfished. This includes species such as orange roughy and southern bluefin tuna in Australia, which were overfished but are no longer so.

But unfortunately, this positive trend has not been replicated for biodiversity hit by the combinations of other human activities such as coastal development, transport, oil and gas extraction and marine debris.

We need to adapt the experience from fisheries and apply a single, formal, transparent and agreed biodiversity strategy that outlines sustainable management objectives for the places we can’t put marine protected areas.

This would look like a harvest strategy, but be applied more broadly to threatened species and ecosystems. What might be sustainable from a single species point of view as used in the fisheries might not sustainable for multiple species.

This would mean for our threatened species, we would be monitoring their status, assessing whether the total population was changing and agreeing on when and how we would change the way that they are impacted.

Such a strategy would also allow monitoring of whole marine ecosystems, even when information is limited. Information on trends in species and ecosystems often exists, but is hidden as commercial-in-confidence or kept privately within government, research or commercial organisations.

Still, a lack of data shouldn’t limit decision making. Experience in fisheries without much data shows even rules of thumb can be effective management tools. Rules of thumb can include simple measures like gear restrictions or spatial or temporal closures that don’t change through time.

Moving forward, all stakeholders need to agree to implement the key parts of harvest strategies for all marine places with high biodiversity that aren’t protected. This will complement existing marine protected area networks without limiting economic activity, while also delivering social and environmental outcomes that support human well-being.

Our marine ecosystems provide fish, enjoyment, resources and and simple beauty. They must survive for generations to come.