Dung beetles play an important role helping clear up all the dung left by other animals in an environment.

In Australia there are approximately 475 native species of dung beetle.

But there’s a problem. Most of them are adapted to deal with marsupial dung. When British colonisers brought livestock down under, they introduced an entirely new type of dung that the native dung beetles were ill-equipped to handle.

Not touching that dung

Cattle dung is wet and bulky. It is very unlike marsupial dung – which is typically small, dry pellets – and so the native dung beetles largely left it alone. As a result, large deposits of cattle dung accumulated in the Australian agricultural landscape.

Besides fouling the land, the dung was an excellent breeding site for bush flies and other nuisance insects, as well as internal parasites that plague the digestive tracts of livestock.

So CSIRO embarked on an ambitious plan to introduce into Australia many dung beetles that were adapted to livestock dung. Starting in 1966, it imported and released 43 species of dung beetles over 25 years.

The beetles came from places such as South Africa, France, Spain and Turkey. The chosen beetles had similar climate requirements and were adapted to wild and domestic livestock, so they could live in Australia and process livestock dung. 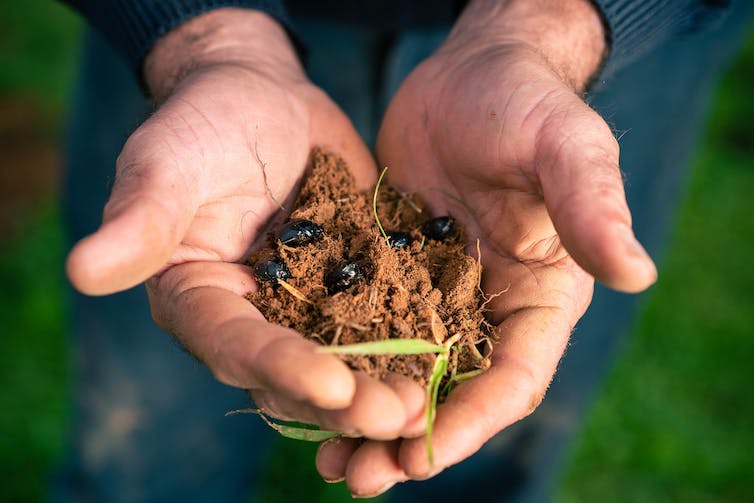 The Dung Beetle Ecosystem Engineers (DBEE) project is expanding the range of dung beetles in Australia and analysing their performance for livestock producers. Matt Beaver/DBEE, Author provided (No reuse)

What do dung beetles do?

When people think of dung beetles, the popular image that comes to mind is that of an industrious beetle labouring to roll a large ball of dung across the landscape.

These little engineers are actually trying to find a suitable spot to situate the ball, on which they will lay an egg. Their offspring will have food and a safe place to grow up, and generate more dung beetles.

Most species of dung beetles actually tunnel beneath piles of dung and drag bits of it into subterranean chambers, where they then lay their eggs.

The larvae develop over the following weeks to months, eventually emerging as adults and crawling to the surface in search of a mate and another pile of dung to colonise.

Of the 43 species introduced to Australia by CSIRO, 23 have become established and many are having a positive impact.

The activities of dung beetles helped remove dung from pastures and with it, the breeding site for nuisance flies and internal parasites.

They also improved pasture fertility. They increased the permeability of pasture soils to rainwater which decreased runoff of rainwater laden with nutrients that can pollute waterways.

But it is not known just how widely each of the introduced species has spread. There might be geographical and seasonal gaps in dung beetle activity that could be filled by other species yet to be introduced to Australia. 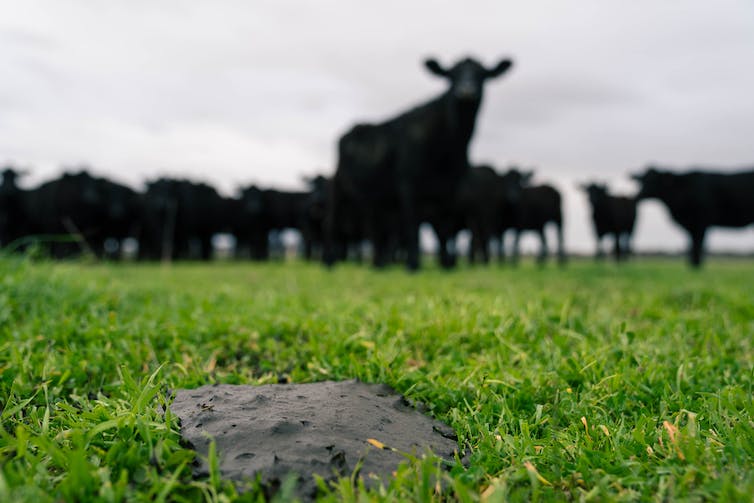 Dung beetles have been around for tens of millions of years, but their ability to survive in modern agricultural environments may be jeopardised by some farming practices.

Some deworming agents, used by livestock producers to control intestinal parasites, may pass through the livestock and out in their faeces, and might poison the dung beetles colonising the dung.

It should be possible to manage tillage and deworming to minimise harm to the dung beetles, and so maximise their positive impact on the land.

Read more: Five things dung beetles do with a piece of poo

In this project, a group of research institutions, producer groups, land management groups and dung beetle entrepreneurs are working together.

It is now in its second year, supported by Meat and Livestock Australia and funded by the Rural Research and Development for Profit Program of the Australian Department of Agriculture. Charles Sturt University leads the project, with cooperators at CSIRO, University of Western Australia, University of New England, Mingenew-Irwin Group, Warren Catchment Council, Dung Beetle Solutions International, and LandCare Research NZ. 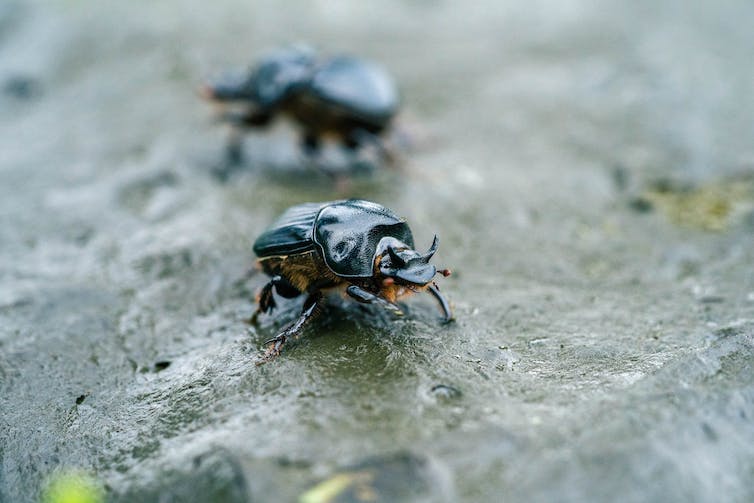 At the end of the DBEE project, we will have a better understanding of the role of dung beetles as a farming tool, helping farmers choose agricultural practices that will improve their bottom line.

New dung beetle species will be ready to work for Australia and New Zealand, and a distribution network will enhance their spread to new geographic areas.