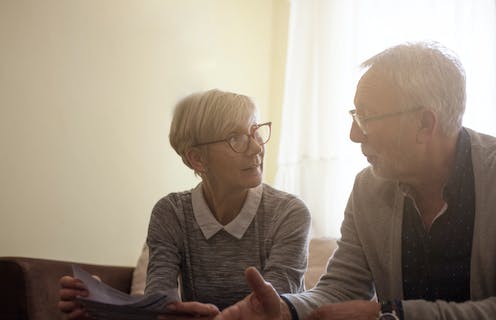 The assumption that retired people have minimal housing costs underpins the settings of our retirement incomes system. But the real state of housing for older Australians today makes it critical for the Retirement Incomes Review to look at the evidence that now challenges this assumption.

The assumption that retired people have minimal housing costs underpins the settings of our retirement incomes system. But the real state of housing for older Australians today makes it critical for the Retirement Incomes Review to look at the evidence that now challenges this assumption.

When announcing the terms of reference, federal government ministers acknowledged the critical role of the home in a good retirement by including it in the third pillar of the system, voluntary saving.

The fact is the soaring costs of land and housing in Australia over the past three decades have effectively destroyed the asset base on which our retirement income system relies.

Read more: Fall in ageing Australians' home-ownership rates looms as seismic shock for housing policy The proportion of home owners aged 55 to 64 years who owe money on a mortgage has more than tripled from 14% in 1990 to 47% in 2015. The rate has doubled among those aged 45 to 54, as has the ratio of mortgage debt to income (from 82% to 169%). This ratio has blown out from 72% to 132% for those in their last decade before the retirement age. These debts will greatly reduce retirement incomes. The impact will only grow as successive generations take much longer to enter the property market and live with higher housing debt much later in life than previous generations. The numbers of older Australians who have never owned a home, or have fallen out of home ownership before retirement, have also exploded. In particular, older women (55-plus) in private rental housing grew in number by an extraordinary 39% between 2006 and 2011. This trend is directly linked to a 28% rise in homelessness among older Australians over the same period. Women over 55 are the fastest-growing cohort at risk of homelessness.

Projected changes in housing tenures of older Australians between 2016 and 2031. Source: Rachel Ong ViforJ et al, calculations from HILDA Survey and ABS population projections, CC BY Failing to meet retirees’ needs The housing market is clearly failing older people. Any consideration of retirement incomes must grapple urgently with the implications this will have for retirees. Australian policymakers currently take a segmented approach to housing for older people. The retirement village model is expensive to enter and to exit. It’s the preferred housing model for just 8% of retirees. “Down-sized” units often provide unsuitable multi-level accommodation and lack the amenities older people need to thrive. As a result, these units often fail to attract older buyers. Stamp duties are another barrier. As a result, many older people stay in large homes they find increasingly difficult to manage and which would better suit young families. Read more: Half of over-55s are open to downsizing – if only they could find homes that suit them Home’s greatest value is social To fully understand the role of home in providing a comfortable and dignified retirement, the review panel has to go beyond traditional concepts of housing as a financial asset. It must consider the full emotional and social role of home in the lives of older people. Per Capita’s Centre for Applied Policy in Positive Ageing in collaboration with The Australian Centre for Social Innovation is launching the Home for Good project today. The real value of the home for older people isn’t financial, research by The Australian Centre for Social Innovation shows. Its greatest value is as a safe and private space from which to connect with the outside world, express identity and build social relationships. Recent research by the Centre for Applied Policy in Positive Ageing at Per Capita confirmed older people experience home as a social as well as financial asset. Exploring models of co-housing with older women, we found even women in secure housing, such as home owners or public housing tenants, would move to other housing that offered a sense of belonging within a connected community. 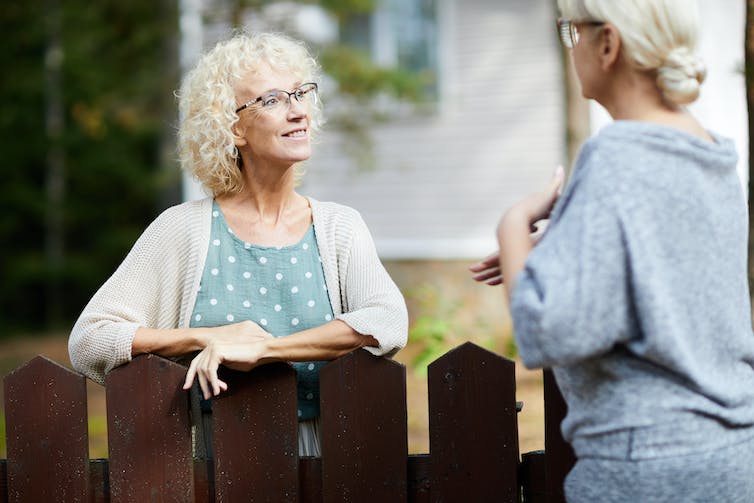 Housing that offers a sense of community belonging is highly valued. Shutterstock Read more: 'I really have thought this can’t go on': loneliness looms for rising numbers of older private renters In the economic narrative that drives policy thinking about housing in Australia, we lose sight of this intrinsic link between home and community. Policymakers are confusing an attachment to the bricks and mortar of the family home with the desire for a socially located space that suits the occupants’ age and abilities and is connected to community. That older people are not emotionally wedded to the family home, but rather seeking communities of belonging, challenges traditional assumptions about ageing in place. Suitable housing choices in short supply Australian Housing and Urban Research Institute (AHURI) research has confirmed older Australians are willing to move from the family home to ideal housing. The research found a “housing aspiration gap” between the desires of older Australians for homes in small, regional towns and policy settings that prioritise the family home. Read more: What sort of housing do older Australians want and where do they want to live? The research doesn’t explore why traditional neighbourhoods are no longer meeting the demands of older people. However, we do know gentrification and increasing density have remodelled many suburbs. Many older people are vulnerable to isolation as families and neighbours move away and the pace and character of community life change. Well-travelled and consumer-savvy baby boomers might also be more open to seeking alternatives to staying put. Whatever the motives, older Australians have a clear need for more diverse housing options. We need to develop a bolder vision for housing in retirement, to move beyond an economic framing of housing wealth to one that enables us to build connected and vibrant communities that support people to age well. This demands we rethink models of home ownership, developing financial and legal products that support shared equity and co-ownership, and diversify development models, encouraging the housing choices for which older people are crying out. Read more: Co-housing works well for older people, once they get past the image problem As many more retirees remain in rental properties into old age, we must also find ways to increase tenant control and provide secure tenure. We need uniform tenancy laws covering private rental housing across the nation. And we must actively design neighbourhoods that encourage neighbourliness, combining privacy with informal networks of social and practical support, companionship and care. Achieving these changes begins with accepting that every Australian has a right to secure housing. Like health care, a secure and stable home is fundamental to quality of life. It should be delivered as a universal basic service. It will take significant reform before we have a housing system in which Australians of all ages and abilities live in thriving, connected and safe neighbourhoods. This shift from housing as a commodity to home as a community will take time, investment and, most importantly, imagination, but the potential for Australia to build a world-standard housing system for retirees is there for the taking. Per Capita’s Centre for Applied Policy in Positive Ageing is launching its Home for Good project in collaboration with The Australian Centre for Social Innovation today. Read more about the project here. This article was co-authored by Kerry Jones, Principal: Ageing, Disability and Partnerships, at The Australian Centre for Social Innovation. The centre is generously supported by the Wicking Trust.