When booking a luxury cruise, you generally expect relaxation and enjoyment, not forced quarantine and distress. Unfortunately, for the thousands of vacationers trapped on cruise ships in Asia the past month, what started as a dream trip has quickly turned into a nightmare.

In the last fortnight, hundreds of passengers have tested positive for coronavirus aboard the Diamond Princess docked off Japan, while thousands of others were trapped on other ships for days before finally being able to dock in Hong Kong and Cambodia.

Around 180 Australians finally disembarked the Diamond Princess this week and boarded an evacuation flight to Darwin for monitored isolation. At least 16 Australians on the ship have been confirmed to have the virus.

Whether it be virus outbreaks, poor food and sanitation, accidental wrecking or even lousy entertainment, a holiday can easily be ruined. But can you claim compensation for disappointment or lack of enjoyment?

This question came before the High Court last week in a high-profile class action.

A group of Australian tourists sued a company called Scenic Tours, claiming it was responsible for ruining their European river cruise holiday in 2013. The cruises were supposed to include lengthy sails along the Rhine, Main and Danube rivers, but passengers were forced to travel by bus for most days due to high water levels.

The plaintiffs allege they did not receive the promised “five-star experience” and were left distraught.

Read more: The coronavirus will hit the tourism and travel sector hard

Lead plaintiff David Moore won his initial court case and was fully refunded for his trip and awarded an extra A$2,000 for his disappointment under Section 267(4) of the Australian Consumer Law.

This section allows people to recover damages for a supplier’s failure to comply with mandatory consumer guarantees. The relevant guarantees here were to exercise due care and skill, provide “fit for purpose” services and achieve the desired result (an enjoyable holiday).

On appeal, the A$2,000 award for disappointment was revoked, meaning Moore merely broke even.

The High Court must now decide whether the plaintiffs’ claims for compensation are subject to certain restrictions set out in state civil liability legislation.

For Moore, that would mean applying New South Wales’ Civil Liability Act 2002, which precludes compensation for disappointment arising from claims for non-economic loss worth less than 15% of the maximum payout under the act (currently $350,000). 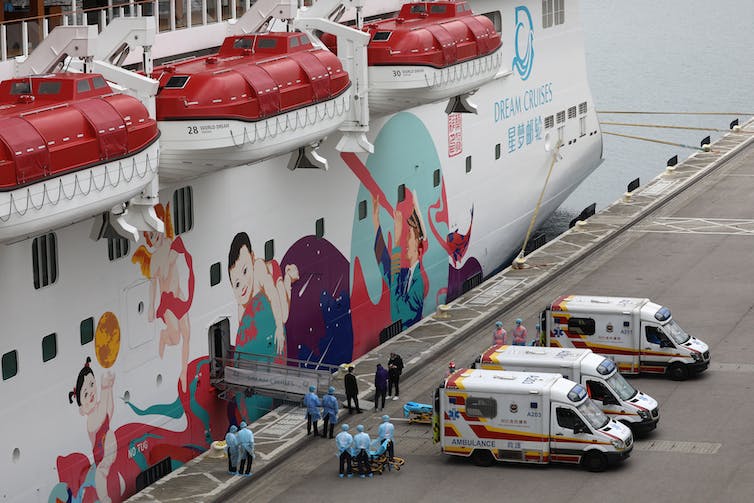 What the law says

While the High Court’s judgment is yet to be handed down, the legal rules in this area are fairly straightforward.

The starting point is contract law. The basic rule is monetary damages are not generally awarded for non-economic losses such as mental distress caused by breach of contract.

An exception to this rule is where the contract is essentially one for enjoyable experiences, such as cruises. In these cases, it is foreseeable that failing to deliver a pleasant experience will upset the customer.

Read more: We depend so much more on Chinese travellers now. That makes the impact of this coronavirus novel

In a famous case from 1993 involving a cruise ship which sank mid-journey, the High Court confirmed the plaintiff could claim compensation for her trauma. The contract implied the cruise would be enjoyable and relaxing, but the court found otherwise.

In other cases where travellers have been injured when a tour bus braked suddenly or complained of being offered substandard food and inadequate recreational equipment, they have also been awarded damages.

For any physical inconvenience or emotional distress caused by a tour operator’s breach of contract, therefore, there is legal precedent for claiming compensation.

Most travel companies, however, will likely have exclusions in their contracts with travellers. These may bar claims for disappointment or emotional distress.

An alternative means for claiming compensation, then, is under the Australian Consumer Law guarantees.

According to the ACCC, holiday packages and cruises count as personal services, meaning distraught vacationers are ordinarily eligible to seek compensation under consumer protection law.

Read more: Cruise ships can be floating petri dishes of gastro bugs. 6 ways to stay healthy at sea this summer

But the state and territory civil liability legislation has complicated matters. These laws are largely uniform and were introduced from 2002 following a report into the insurance affordability crisis.

This legislation overlaps with contract law and the law of negligence. Its interaction with the Australian Consumer Law is one of the key questions in the Scenic Tours case being heard by the High Court. 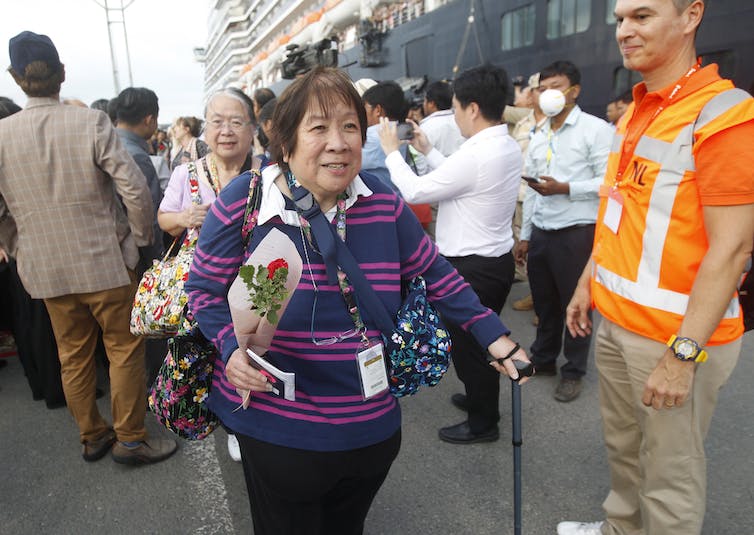 Passengers disembarking the MS Westerdam cruise ship in Cambodia after it was denied port by four countries over coronavirus fears. MAK REMISSA/EPA

Protecting yourself on your travels

The simplest way to safeguard your personal wellbeing is to take out appropriate insurance. This will typically ensure you recover money for losses you sustain if things go wrong.

In the event you are unable to secure a satisfactory response from your travel provider, you could speak to a lawyer. This may, in some cases, result in court action.

Litigation, however, is expensive and takes time, so consider whether it’s cost-effective. Claiming compensation may be as distressing as the spoiled trip itself.