The Voluntary Assisted Dying Review Board has this week published a report detailing the first six months of the legislation in action in Victoria.

The report reveals 52 people legally ended their lives from the time voluntary assisted dying became legal on June 19 last year to the end of December.

While the Victorian government is hailing the report as an indicator the law is operating successfully, some questions remain.

Notably, the report only documents people who have accessed the legislation. It doesn’t tell us about those who may have wanted to be assessed for voluntary assisted dying, but not been able to.

Read more: Voluntary assisted dying will soon be legal in Victoria, and this is what you need to know

What the report tells us

The Voluntary Assisted Dying Review Board will report on the operation of voluntary assisted dying in Victoria every six months for the first two years, and then annually.

The report gives us a snapshot of the number of patients progressing through various stages of the assessment and approval process. In brief:

The review board concludes these figures demonstrate “the Act has struck a balance between being strict with compliance, while still accessible to those who want this choice”.

Read more: WA's take on assisted dying has many similarities with the Victorian law – and some important differences

The Victorian government estimated about a dozen patients would access voluntary assisted dying in the first year, so the number of reported deaths already well exceeds this.

The Chair of the review board, Justice Betty King QC, said the number of patients accessing voluntary assisted dying shows this is something Victorians wanted, and now it’s available, they’re using it.

Victorian Minister for Health Jenny Mikakos said the report indicates the legislation “is working well and as intended”. 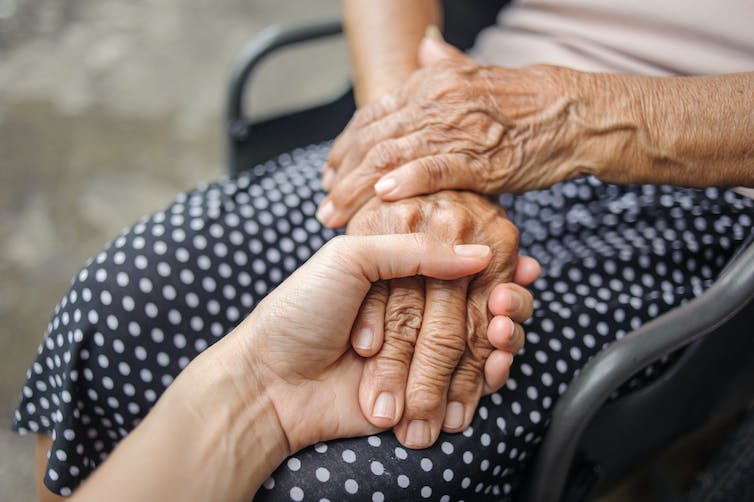 What the report doesn’t tell us

Importantly, the report doesn’t provide any information about patients requesting access to voluntary assisted dying prior to the formal first assessment.

This means we don’t have any data at this stage about patients who may have wanted to access voluntary assisted dying but were not able to, or the reasons why this may have been the case.

For example, we’ve seen anecdotal reports of people unable to find a doctor willing or qualified to assess them for voluntary assisted dying.

Patients in regional or rural Victoria have also reportedly had difficulties accessing voluntary assisted dying due to a federal law prohibiting doctors from discussing it with patients over the phone or online.

These issues are in addition to the “gag clause” feature of the Victorian legislation, which prohibits all health practitioners from initiating a discussion about voluntary assisted dying with their patients.

The review board said it has recently started collecting data on terminally ill people who were unable to access the laws. But it’s an oversight that systematic processes to collect this information weren’t in place from the beginning.

Read more: In places where it's legal, how many people are ending their lives using euthanasia?

In regards to those assessed for voluntary assisted dying, the report doesn’t explain the differences in reported numbers at each stage of the assessment and approval process. While some of the discrepancies are likely explained by the time it takes people to move through the steps, it’s unclear whether some patients decided not to proceed, or died during the process.

The report also doesn’t detail how long it takes patients to progress from a first assessment through to the permit application stage, though the review board noted the process can take several weeks. 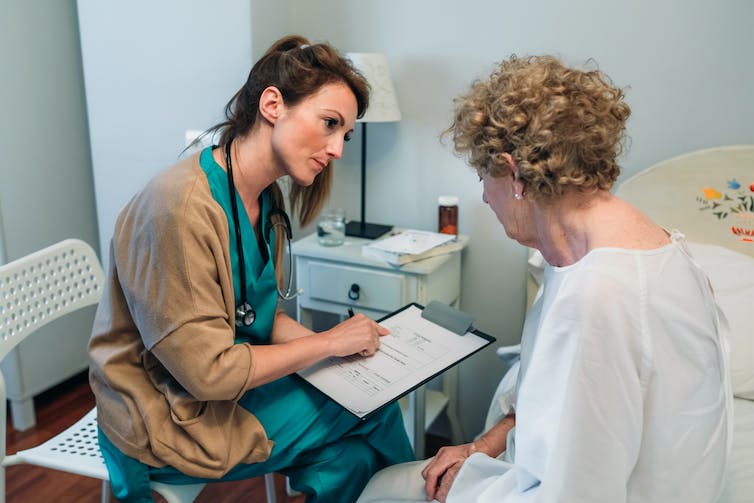 A person wanting to end their life under the legislation needs to be deemed eligible by two separate doctors. Shuttershock

Further, the report doesn’t provide any demographic detail about the patients who have accessed voluntary assisted dying, such as their age, sex, level of education or income. While the review board receives information on demographics, and acknowledges this is important, it didn’t report this data.

The limited information reported by the review board should be interpreted with caution, particularly in terms of understanding community access (and potential inaccess) to voluntary assisted dying in Victoria.

Other jurisdictions considering or implementing voluntary assisted dying have an opportunity to learn from the initial period of operation as well as data collection and reporting in Victoria.

The report offers a useful snapshot of the initial uptake of voluntary assisted dying in Victoria. But we need more detailed data to better assess the operation of the legislation, including whether or not access is equitable, and “accessible to those who want this choice”, as the review board has suggested.