You’ve seen the Game of Thrones scene with Jon and Daenerys where somehow a Starbucks coffee cup made it into the frame? Or maybe the one in Star Wars where the Stormtrooper misjudges the height of a Death Star doorway and, unnoticed by anyone else, smashes their head?

You may have even noticed bullet holes on the walls before anyone started firing at Jules and Vincent in the apartment scene from Pulp Fiction.

Those moments might have ruined the scenes for you - or perhaps were the only redeeming feature. But the big question everyone wants answered is: whose fault was it?

On a production crew, these details - officially - are the responsibility of the script supervisor or continuity person.

In the early days of Hollywood they were also referred to as the “script girl” as the role was typically filled by a female staff member.

The primary role of the script supervisor is to ensure continuity between shots, specifically when it comes to hair, makeup, props, wardrobe and the movements of the actors. This role does not exist in the theatre, where the audience sees a live event in order. But a film or television show is usually shot completely out of sequence, and if things don’t match, a scene can quickly become laughable.

Just imagine the simplest of scenes where two characters walk out of a building onto the street. Now consider the street part will be shot a week after the building part (this is commonplace, as the interior is often a studio and the exterior a real location). Everything has to match - clothes, hair, props - otherwise the audience will get distracted wondering why the main actor’s curls are now parted on the opposite side from just (as they experience it) a moment ago.

Constantly moving elements within a scene are particularly difficult to deal with. The clock can be the script supervisor’s kryptonite. I have often thought the ultimate test of any continuity person would be to correctly track a scene where someone sits at a table with a candle, smoking a cigarette as a clock ticks away in the background. 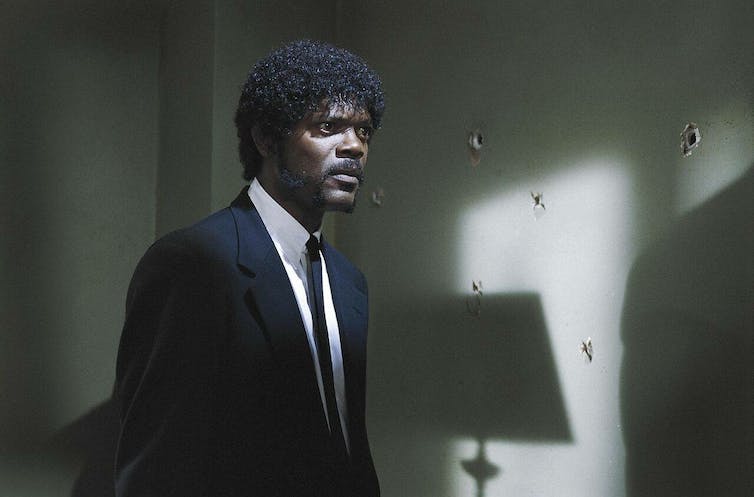 The script supervisor works closely with the director and other departments, keeping track of what actual shots were completed (as opposed to planned), if those takes were good or not (according to the director), the key action of the actors (including, critically, what prop was held in which hand) and which lens was used. They also sometimes time the scenes, to check continuity of pace between takes.

Depending on the production, there can also be more nuanced responsibilities, including tracking the continuity of performances; the script supervisor is well within their rights to inform the director (who may not be aware) the performance in the wide-shot was happy, and therefore won’t match the far more bittersweet close-up. “Sorry, Mr. Day-Lewis, your performance was masterful, but now if you could now just match the medium-shot …”

It is easy to spot a continuity person on set, as they usually sit with a wide lever-arch file containing the script on their lap, in front of their own monitor, often with a camera around their neck.

It is certainly a job that has been, if not eased, then heavily assisted by the rise of technology. Something like the tracking of costume details used to be done purely by notes and sketches, then by polaroids, and now by smartphones. 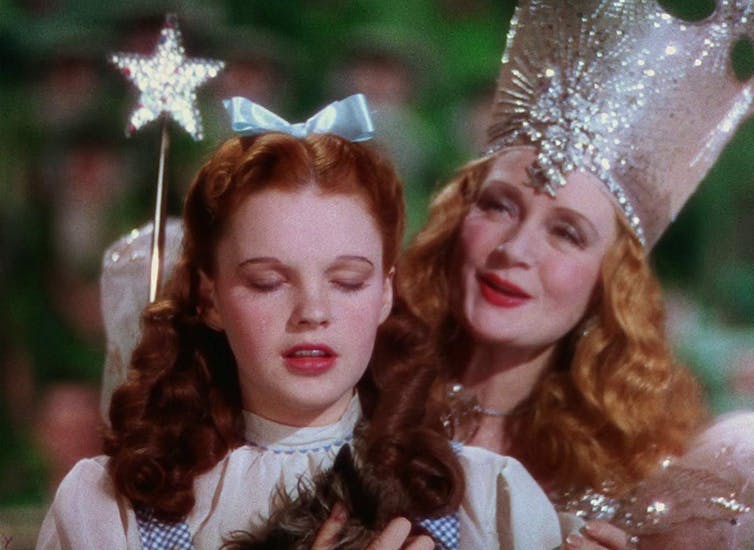 Dorothy’s hair changes from pigtails to plaits to a half up-do - as if my magic - throughout The Wizard of Oz (1939), sometimes within the same scene. IMDB

So, that concussed Stormtrooper and the rogue Starbucks cup were all down to a continuity person not doing their job properly, yes?

Or at least, the blame is not all theirs.

For Daenerys’ anachronistic coffee to reach the screen, it would have to have been missed by - at the very minimum - every actor, the stand-by props person, the set dressers, the art director, the script supervisor, the camera operator, the director of photography, the director, the assistant editor, the editor and the producers.

Finally, returning to our ultimate test — the scenes where an actor’s cigarette suddenly swaps hands, or a candle seems to “trombone” during the scene by getting alternatively shorter then longer again, or a pesky clock begins at 3pm then ends at 2pm — surely that has to be the script supervisor’s fault?

Again, not necessarily. As viewers, we can sometimes become obsessed with continuity errors - but directors and editors are less obsessed than you might expect.

They are more likely to be led by the quality of an actor’s performance. The actor may have given just the right look at the end of the scene - only it was the right look for the start of the scene. So the director and editor move the shot within the sequence. It’s adds dramatic power, but now the clock is wrong. The poor script supervisor, who did nothing wrong, can cop the blame from colleagues, critics or viewers.

Film editors and directors sometimes decide the story is more important than the details - though viewers are often quick to notice the mistakes.

Nowadays, with digital technology, if the filmmakers have the budget, they can change the clock or magically disappear a coffee cup. But they might take the hit, deciding a perfect performance outweighs an inconsistent background element.

Continuity errors are generally not spotted on the first viewing. If you’re watching a film a second (or 95th time) you clearly like it. And if the first time you watch a film you’re looking at the clock and not the action, the production has far bigger problems than continuity.