Phosphorus was first discovered by boiling down thousands of litres of urine.Shutterstock/Lesterman

Today’s focus is phosphorus, an element that is vital for life but of limited supply....

Today’s focus is phosphorus, an element that is vital for life but of limited supply. But we can recover phosphorus from a source that we all give away freely, every day, our urine.

Phosphorus, number 15 on the periodic table, can be highly toxic and flammable and has been used in warfare as an incendiary device, yet it is also essential for life.

As the famous science writer Isaac Asimov said in his 1974 book, Asimov on Chemistry:

Life can multiply until all the phosphorus has gone and then there is an inexorable halt which nothing can prevent.

That’s because phosphorous is essential to all living organisms. It forms the backbone of our DNA as well as the molecule adenosine triphosphate (ATP) that is found in cells and captures chemical energy from the food we eat.

We have yet to find a single living being that does not require phosphorous to survive. But we don’t have an endless supply of phosphorus, and that’s where my research comes in.

Demand for phosphorus and nitrogen increased dramatically in the 20th century as it was found to play a crucial role in fertiliser used for growing crops.

In just over 50 years (between 1961 and 2014) fertiliser production increased tenfold due to the so-called green revolution. 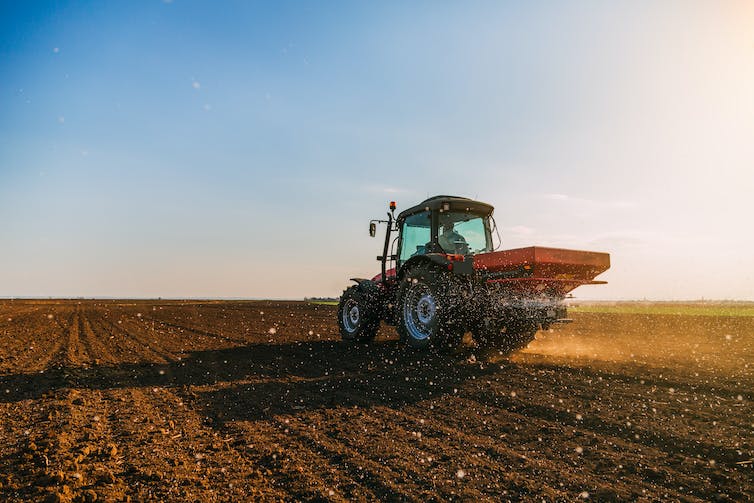 Phosphorus is an important ingredient in many fertilisers used to help grow our plant based foods. Shutterstock/otick

This allowed for a worldwide increase in the agricultural production, particularly in the developing world, which was used to feed an ever-growing global population.

The high demand for nitrogen was met by ramping up a process that captures nitrogen and hydrogen from fresh air and uses it to synthesise ammonia (the major nitrogen-based fertiliser). As the air in Earth’s atmosphere is made of 78% nitrogen, synthetic ammonia production was only limited by its cost.

But phosphorous is generally stored in solid or liquid form, and the cheapest way to cope with the high demand for phosphorous fertiliser was to extract if from phosphate rocks.

Phosphate rocks are a resource that is both limited and not equally distributed. The top five phosphate rocks holders – Morocco and Western Sahara, China, Algeria, Syria, and Brazil – account for 84% of the world reserves. Australia holds just 1.6%.

As phosphate rocks are a finite and non-renewable resource, the continuous extraction is causing uncertainties in our future supplies.

The wee supplies of phosphorus

One solution is to look for other supplies of phosphorus, and that’s where you and I can play a role. Our urine is an excellent source of raw material for phosphorous.

Each one of us excretes up to half a kilogram of phosphorous per year, just through our urine. This makes urine the single largest source of phosphorous from urban areas.

Back in the 17th century, the German chemist Hennig Brandt chose urine to isolate elemental phosphorous. In his experiment, he boiled hundreds of litres of urine down to a thick syrup until a red oil distilled up from it.

He collected the oil and cooled down the urine. After discarding the salts formed at the bottom of the mixture, he added back the red oil. By heating back the mixture for 16 hours, a white fume would come out, then oil, and finally phosphorous.

He was actually searching for the legendary Philosopher’s Stone that would supposedly turn any metal into gold. He might have failed in that, but he showed how easy it was to isolate phosphorous from urine with unsophisticated tools.

Today’s approaches to recycling of phosphorous from our wastes are way more practical and economical compared to Brandt’s method.

An increasing number of companies are looking to recover phosphorus from waste water, including from urine.

New urine-derived fertilisers have entered the market and the race is on to find the optimal technology to convert smelly urine into a safe, non-odorous commercial fertiliser.

In Australia, researchers from the University of Technology Sydney have developed a process that uses urine as a raw material to produce fertiliser and freshwater. Selected microorganisms are used to oxidise the (smelly) compounds in raw urine and convert volatile ammonia into more stable nitrates.

The treated urine is then filtered through a membrane, which retains the microorganisms allowing for their re-use, while allowing the soluble phosphorus and nitrogen to pass through. Treated and filtered urine is concentrated to reach nutrients concentration similar to commercial fertilisers.

Read more: Silver makes beautiful bling but it's also good for keeping the bacterial bugs away

At present, this fertiliser – named UrVal short for “You are Valuable” – is being tested at the Royal Botanical Garden in growing parsley. 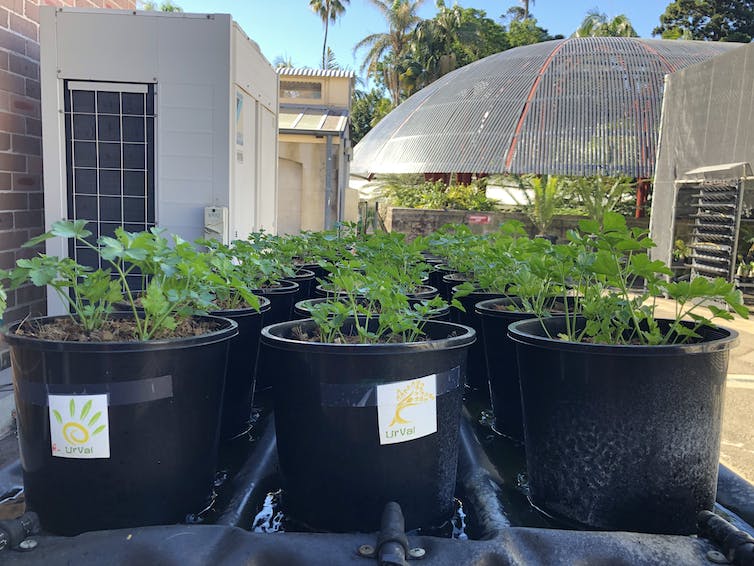 Clearly, these new innovations in nutrients recovery from wastes allow us to reduce the dependence on a finite resource (phosphorous).

But they could also enable us to explore the possibility of one day producing food outside of planet Earth where we need fertiliser. Phosphate rocks may not be available in such places, but we’d have plenty of urine.