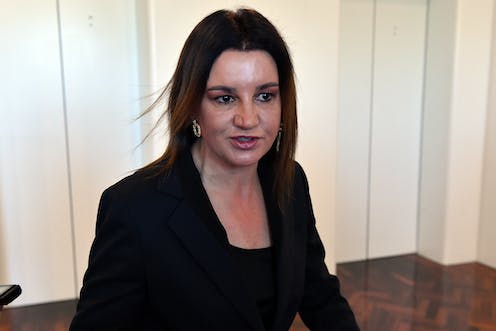 The Senate inquiry into repealing medevac has predictably split along party lines, with the government urging the legislation pass, and Labor, the Greens and Centre Alliance favouring retention of the law.

Tasmanian crossbench senator Jacqui Lambie remains the key to the bill’s fate, and still declines to declare her position.

Her spokeswoman said Lambie “is spending all weekend going through the report and then she has more time until it comes to the chamber”.

The medevac law - via the role of an expert medical panel - facilitates the medical transfer of people from Papua New Guinea and Nauru, and was passed when the Coalition was briefly in minority government before the election.

In the report tabled Friday, government senators led by committee chair Amanda Stoker said medevac was unnecessary and had several flaws. These included the lack of a process for returning people who had been transferred, the imposition of strict grounds for refusing a transfer, and an unrealistic timeframe for assessing security and character concerns.

Labor, in its dissenting report, said that in evidence to the inquiry, which was done by the Senate’s legal and constitutional affairs legislation committee, experts had indicated medevac was working well. Government claims that medevac would lead to a new surge of boats hadn’t been vindicated, Labor said.

It said that as of the time of writing, 132 people had been transferred under the legislation. Of these 23 were transferred after initially being refused by ministers, with the issue then forced by the independent medical panel. Only one case has been rejected on security or character grounds.

The Greens dissenting report said the legislation “has saved lives, and delivered people health care they had previously been deliberately deprived [of]”.

Centre Alliance said: “Looked at objectively, the medevac laws do no harm and only do good – at the very least sitting in complement to the pre-existing transfer provisions”.