A rise in online shopping is often blamed for an increase in the number of parcel delivery vehicles clogging up our busy city roads.

But a study we at Vienna University carried out for a European postal service found parcel delivery vehicles made up only a fraction (0.8%) of a city’s traffic flow. Tradespeople and other services were more than seven times more likely to be making up the business traffic.

Yet the claim that parcel delivery plays a significant part in urban road traffic is used regularly in reports. Hopefully our study can help to change the attitude.

Who’s on our city roads?

The unfair focus on parcel delivery neglects other commercial sectors using vehicles on a city’s roads for transport and parking. In fact, there is a lack of studies investigating specifically to what extent parcel delivery impacts and contributes to urban road traffic in major cities worldwide.

To examine the true impact of parcel delivery – technically known as CEP for courier, express and parcel deliveries – our team at the Vienna University of Economics in Business was commissioned by the Austrian postal organisation to study the traffic composition in Vienna, Austria, between March and June 2019. 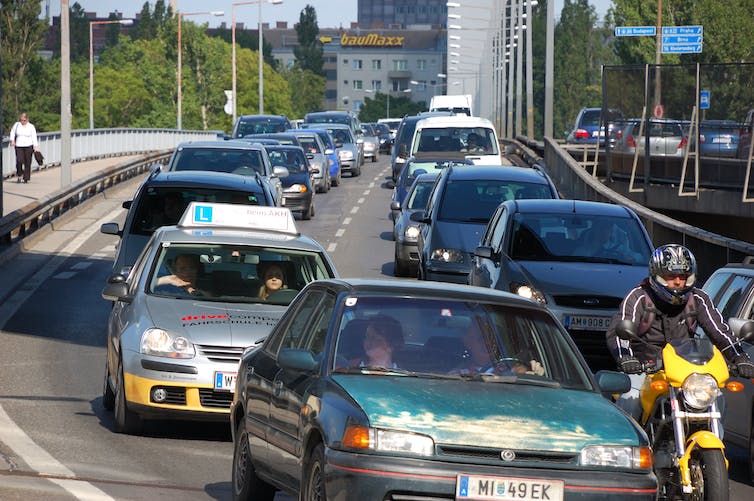 The goal of the study was to identify the share of parcel delivery and other specific categories of light commercial vehicles used in the city.

The city’s traffic was videoed and manually counted at key times over a 15 week period on main and secondary roads. In addition, we used secondary data from the city of Vienna for validation.

The results showed passenger cars accounted for 86.5% of urban road traffic. The remaining share of light and heavy commercial vehicles comprised 13.5% of traffic.

Of that, we found parcel delivery vehicles accounted for only 0.8% of the traffic. This clearly contradicts the often-heard and reported claim that they are a main contributor to urban congestion and delays.

Tradesmen and technicians had the largest share among light commercial vehicles with 6.0% of traffic. This is more than seven times higher than the share of parcel delivery.

Any transport policies that aim to deal with traffic reduction should consider all vehicle categories and the respective industry specific logistics. 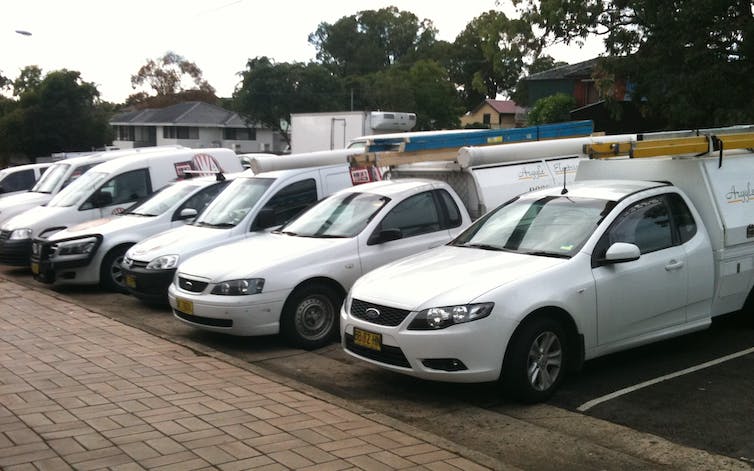 From Austria to Australia

Some may argue that European cities differ from Australian cities, but we believe our findings are also relevant to cities here and in other industrialised counties.

For example, Vienna is not that different to Brisbane, in Queensland. Vienna is a city with almost 2 million people – similar to Brisbane (depending on how you define the area).

Moreover, Vienna’s traffic is - like Brisbane’s - impacted by a significant share of commuters travelling in and out of the city every business day.

Both cities have similar congestion rates – Brisbane 27% and Vienna 25% – and are served by all major local and global parcel delivery companies.

This corresponds almost exactly with our Vienna findings.

Congestion is getting worse

Traffic is on the rise in many cities around the world, including here in Australia, which already creates traffic congestion. 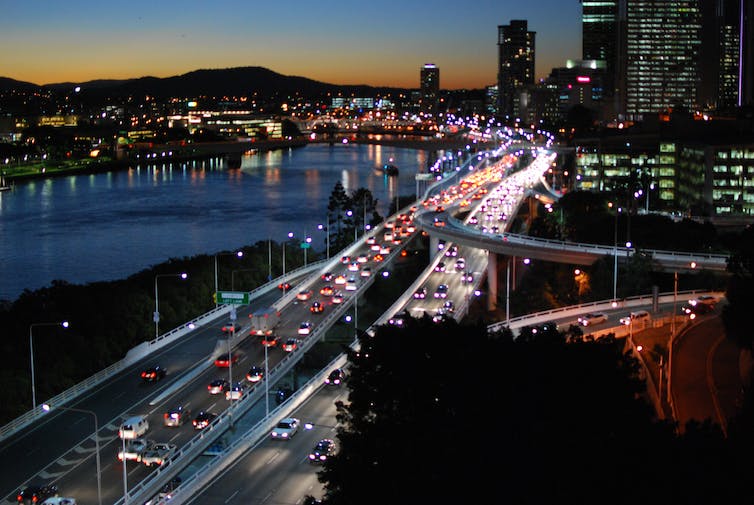 Traffic in Brisbane and other cities is only getting busier. Flickr/Andrew O Brien, CC BY-NC

When it comes to looking at who needs to do more to try to cut congestion, you need to consider more than just the parcel delivery companies.

But for tradespeople and technicians, for example, with a share of 6.0% in city traffic, developing better logistics could lead to a greater reduction in the overall traffic in cities.