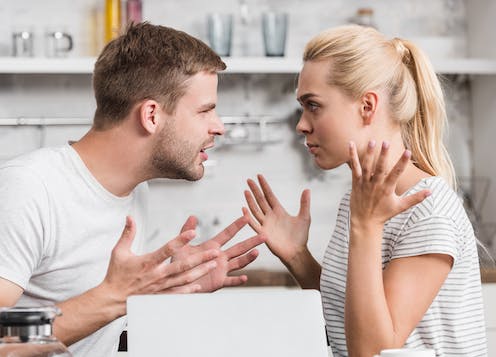 Argument is everywhere. From the kitchen table to the boardroom to the highest echelons of power, we all use argument to persuade, investigate new ideas, and make collective decisions.

Unfortunately, we often fail to consider the ethics of arguing. This makes it perilously easy to mistreat others — a critical concern in personal relationships, workplace decision-making and political deliberation.

The norms of argument

Everyone understands there are basic norms we should follow when arguing.

Logic and commonsense dictate that, when deliberating with others, we should be open to their views. We should listen carefully and try to understand their reasoning. And while we can’t all be Socrates, we should do our best to respond to their thoughts with clear, rational and relevant arguments.

Since the time of Plato, these norms have been defended on what philosophers call “epistemic” grounds. This means the norms are valuable because they promote knowledge, insight and self-understanding.

What “critical thinking” is to internal thought processes, these “norms of argument” are to interpersonal discussion and deliberation.

Read more: How to make good arguments at school (and everywhere else)

Why ‘ethical’ arguing is important

In a recent article, I contend that these norms of argument are also morally important.

Sometimes this is obvious. For example, norms of argument can overlap with commonsense ethical principles, like honesty. Deliberately misrepresenting a person’s view is wrong because it involves knowingly saying something false.

More importantly, but less obviously, being reasonable and open-minded ensures we treat our partners in argument in a consensual and reciprocal way. During arguments, people open themselves up to attaining worthwhile benefits, like understanding and truth. If we don’t “play by the rules”, we can frustrate this pursuit.

Worse, if we change their minds by misleading or bamboozling them, this can amount to the serious wrongs of manipulation or intimidation.

Instead, obeying the norms of argument shows respect for our partners in argument as intelligent, rational individuals. It acknowledges they can change their minds based on reason.

Read more: No, you're not entitled to your opinion

This matters because rationality is an important part of people’s humanity. Being “endowed with reason” is lauded in the UN’s Universal Declaration of Human Rights to support its fundamental claim that humans are born free and equal in dignity and rights.

Obeying the norms of argument also has good effects on our character. Staying open-minded and genuinely considering contrary views helps us learn more about our own beliefs.

He who knows only his own side of the case knows little of that.

This open-mindedness helps us combat the moral perils of bias and groupthink.

What’s more, the norms of argument aren’t just good for individuals, they are also good for groups. They allow conflicts and collective decisions to be approached in a respectful, inclusive way, rather than forcing an agreement or escalating the conflict.

Indeed, arguments can make collectives. Two arguers, over time, can collectively achieve a shared intellectual creation. As partners in argument, they define terms, acknowledge areas of shared agreement, and mutually explore each other’s reasons. They do something together.

All this accords with everyday experience. Many of us have enjoyed the sense of respect when our views have been welcomed, heard and seriously considered. And all of us know what it feels like to have our ideas dismissed, misrepresented or caricatured.

Why we have trouble arguing calmly

Unfortunately, being logical, reasonable and open-minded is easier said than done. When we argue with others, their arguments will inevitably call into question our beliefs, values, experience and competence.

These challenges are not easy to face calmly, especially if the topic is one we care about. This is because we like to think of ourselves as effective and capable, rather than mistaken or misguided. We also care about our social standing and like to project confidence.

Read more: Arguments matter, even if they come down to “semantics”

In addition, we suffer from confirmation bias, so we actively avoid evidence that we are wrong.

Finally, we may have material stakes riding on the argument’s outcome. After all, one of the main reasons we engage in argument is to get our way. We want to convince others to do what we want and follow our lead.

All this means that when someone challenges our convictions, we are psychologically predisposed to hit back hard.

Worse still, our capacity to evaluate whether our opponents are obeying the norms of argument is poor. All the psychological processes mentioned above don’t just make it hard to argue calmly and reasonably. They also trick us into mistakenly thinking our opponents are being illogical, making us feel as if it’s them, and not us, who’s failing to argue properly.

How should we navigate the moral complexity of arguing?

So, when you find yourself in the thick of argument, do your best to remember what’s morally at stake.

Otherwise, there’s a risk you might lose a lot more than you win.