Our population has been ageing for more than a century, picking up momentum in the 1970s. Attention has typically been on the baby boomers, who have started to reach age 65 and beyond.

But the “greatest generation”, those born in the 1920s and aged in their 90s today, have quietly become the fastest growing group of older people in Australia. The rate of people living to their 90s – “nonagenarians” – has grown by 67% in the past decade, much higher than any other ten-year age group over 60.

Read more: How can we prevent financial abuse of the elderly?

Among girls born in 1950, we can expect half to survive to age 90, with an average life expectancy of a further 5.7 years.

With so many people now living to their 90s – and so many more projected to in future – health and social policy need to evolve with their changing needs, from more inclusive built environments to more health expenditure.

Why is there such a large increase in nonagenarians?

A larger birth cohort and immigration are partly responsible, but mainly, it’s a result of better survival.

And this is largely due to the dramatic decline in death rates from heart disease that began in the late 1960s and continued to decline in the decades after.

This generation was the first to really benefit from declining death rates from heart disease when they were aged in their 40s and early 50s, and from further improvements again in the 1970s and again in the 1980s.

Read more: Why do I grunt when I bend over?

Back in my day…

Those born in the early 1920s would have entered the workforce during the Great Depression of the 1930s, after leaving school at about 13. In 1932, unemployment in Australia was 32%.

Many men served in the armed forces from 1939 during the second world war, giving women unusual opportunities for employment at the time, such as in factories and shipyards. 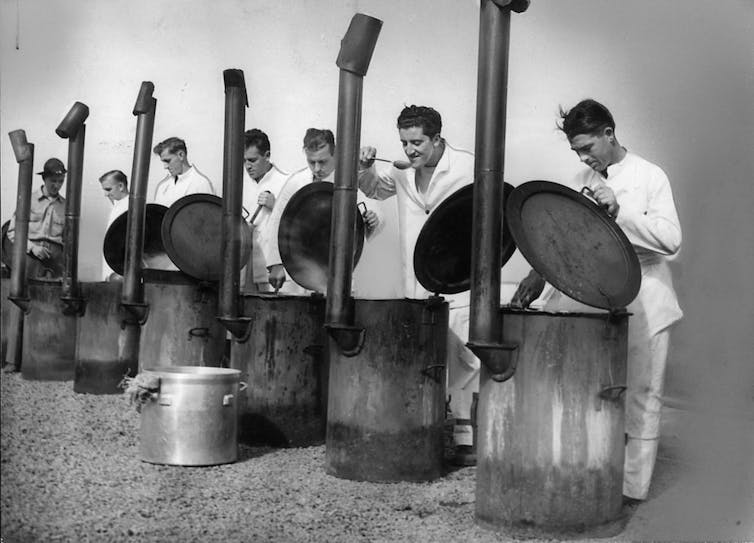 Army field kitchens in Australia during the second world war. Many men who are in their 90s today served in the Second World War. State Library of Victoria, CC BY-NC

Those born in the late 1920s left school during the war, and were well placed to take advantage of the economic boom that followed the war years.

As adults, nonagenarians experienced a number of significant technological breakthroughs. Refrigerators and automatic washing machines became common household items, and the average couple likely purchased their first car when they were in their late 30s or early 40s. Television also became part of their lives around the same time.

Read more: Better design could make mobile devices easier for seniors to use

When they had families of their own, they had, on average, three children, who became the baby boomers.

This means that as more men survive, there are more intact married couples, but also more men (whether widowed, divorced or never married) living alone or in residential aged care than has previously been the case.

What’s more, a small proportion of nonagenarians in the census said they were providing care to others (8% of men and 3% of women) or engaged in volunteer work (5% of men and 4% of women).

People in their nineties also have diverse cultural backgrounds. Approximately one-third were born overseas, and around two-thirds of those have come to Australia from countries where English was not the dominant language.

They also have diverse educational backgrounds. Over a third had left school by or before Year 8, and only around one in five had completed Year 12.

More than a quarter of men held some kind of trade qualification. Eight per cent of men and 3% of women held university qualifications.

This means the experience of advanced old age could be less lonely and less isolating than was previously the case.

Read more: More and more older Australians will be homeless unless we act now

And the changing gender ratio will mean more men live in residential care and need to use community care services.

Most nonagenarians will be living in the community, and as well as greater community care, they’ll need affordable housing. 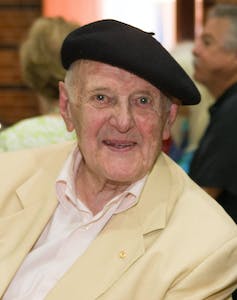 It’s also important to plan for improved local transport to shopping centres, clubs, churches and mosques and cultural events, not just to the all-too-common focus in the media about getting to medical appointments.

Read more: Older people can feel left behind by new technology – so we built a device especially for them

And the potential homelessness in older populations should be taken into account, programs to help develop or strengthen digital literacy for those who use technology, and ways of providing alternatives for those who do not.

So what does it mean for health services, and particularly for health expenditure?

We would argue the changes will be surprisingly limited. In fact, the fastest increases in expenditure per person for admissions to hospital were not in the 90 and over age group – where the increase was 15% from 2004 to 2013. The highest increase was in the 35-64 age group with an increase of 34%.