Danger Close is a new Australian film depicting one of the most significant battles of the Vietnam war: The Battle of Long Tan. “Danger Close” is a military phrase used in battle when forward and directing fire onto an enemy.

Danger Close might also be an apt way to describe what is one of the most controversial Australian military battles of the 20th century, but also the perils of producing films about events that are still in living memory.

On August 18, 1966, an isolated infantry group of 108 men from the D Company, 6th Battalion, Royal Australian Regiment and three New Zealanders from an artillery forward observation party, plus RAAF helicopters and a relief force of armoured personnel carriers, fought a battle opposing a vastly superior force, in abysmal weather conditions, for an entire afternoon.

Seventeen Australians were killed in the battle in a rubber plantation at Long Tan, in southern Vietnam. A further 25 were wounded, one of whom later died.

Long Tan deservedly has a place in the pantheon of Anzac history. It is a tale of extraordinary bravery, fortitude and coolness under pressure and a phalanx of strong personalities. It also featured a live concert with performers such as Little Pattie and Col Joye, which happened at the First Australian Taskforce Base of Nui Dat and could heard in Long Tan before the battle began.

Vietnam veterans have long been caught in a struggle between a nation divided over an unpopular conflict, and the reluctance of our official culture to recognise their professionalism and bravery. Indeed the Commander of D Company, Major Harry Smith, and Platoon Sergeant Bob Buick have fought for 50 years to have the Australian government officially recognise the bravery of those in the battle. 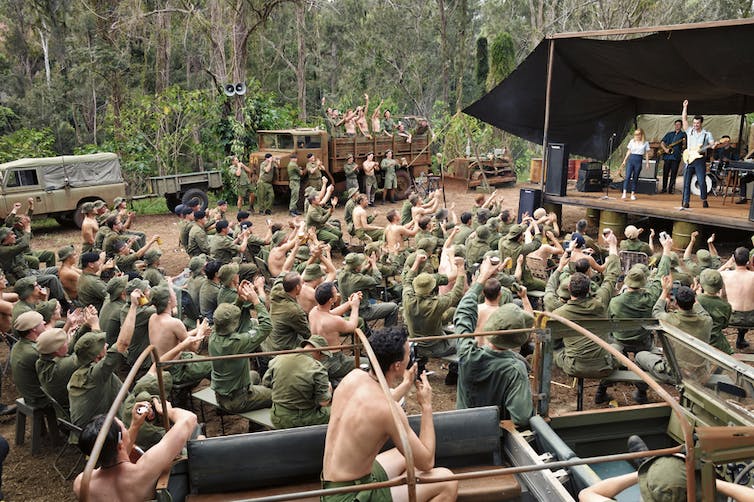 Though Australian popular music has recognised the collective pain of Vietnam (think of Cold Chisel’s Khe Sanh), no major Australian film has tackled Vietnam since The Odd Angry Shot (1979).

Vietnam movies as a cinematic genre have evolved over decades in the United States. Danger Close is most closely associated with the memorialising genre of films like Platoon (1986). In such films, the battleground is imbued with religiosity - this helps reconcile the act of private remembering with more public notions of commemoration and sacrifice, in a healing way.

When I saw Danger Close in Canberra, the audience reaction reflected the kind of public ritualism most often seen on Anzac Day. There was a mood of profound, reverential, collective silence broken only by applause as the credits rolled.

The battle from both sides

No one doubts the bravery of the men who fought at Long Tan, and the respect they are due. But the film repeats some statistics that are the subject of considerable debate. The failure to acknowledge this debate obscures the complexity of the battle, and the military skill on both sides.

The official Australian War Memorial history To Long Tan estimates 2500 enemy troops were involved in the battle. Danger Close repeats this figure on screen. However To Long Tan states that only 1000 members of this Viet Cong force had direct contact with soldiers from D Company. It reports that “the confirmed result of the battle of Long Tan was 245 enemy left dead on the battlefield and three enemy captured”.

Ernie Chamberlain, a former intelligence officer and veteran of the Vietnam conflict, has produced a detailed monograph on Viet Cong D445 Battalion, the opposing force against Australians and at Long Tan.

Combining Australian research with multiple Vietnamese sources, Chamberlain has questioned the figures in the film Danger Close. He suggests the final figures are that 1,750 Viet Cong/NVA were in the region of the Battle, with 210 killed in action.

Indeed in May, a post appeared on the “History of the Anti-American Resistance War” section of quansuvn.net, a website possibly connected to the People’s Army of Vietnam.

This post, in response to its writer seeing the teaser trailer to Danger Close, pointed out that though “we beat them comprehensively” the film underplayed the technical skill of the Viet Cong Commanders - and inflated the figures of the Viet Cong casualties.

Blog Post, May 2019, ‘Danger Close: The Battle of Long Tan - Official Teaser Trailer’, from the Discussions on the History of the Anti-American Resistance War Page, (post screenshot July, 2019).

There has also been a running debate in the veteran community about whether D Company wandered into an ambush. Chamberlain’s examinations of intelligence and a complex variety of Vietnamese sources suggest that the battle was a result of a Viet Cong (VC) tactic to “lure the tiger from the mountain” to fight the force of a new Australian base where it suited them.

The film depicts wave on wave of Viet Cong running at the Australians, seemingly with abandon. But closing on the enemy fast was a tactical technique used by the Viet Cong to get as close as they could to the Australian troops, to compromise artillery support - to literally bring the “danger close”. These kinds of depictions are in danger of depersonalising and othering the Vietnamese.

Commemorative storytelling in Australia tends to valorise tactical confrontations - individuals and small units engaging in direct hostilities to defeat enemies and hold terrain. Danger Close is emblematic of this type of narrative. 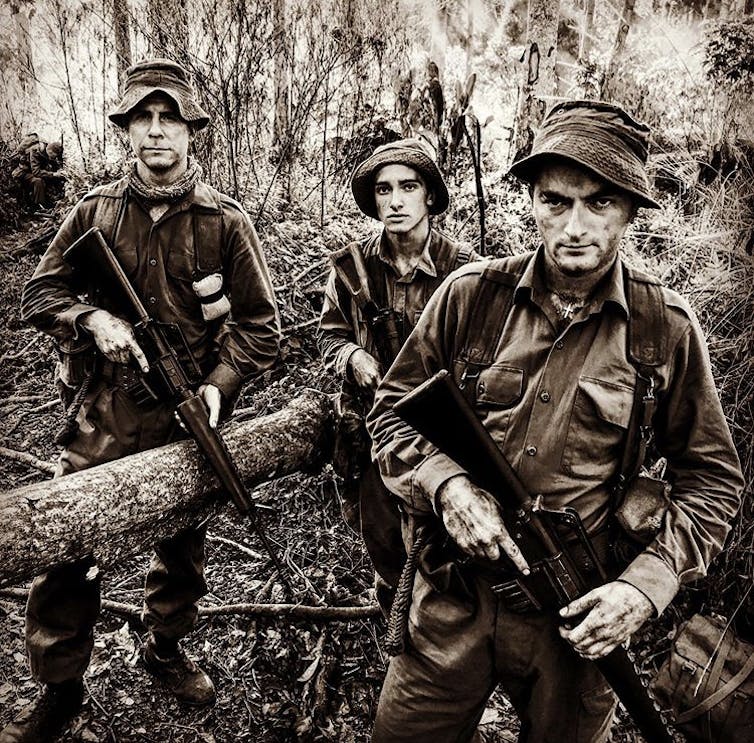 But this attachment to decontextualised small unit actions might not always be the best way forward for understanding conflict on a personal or political level.

Other veterans of Vietnam have teamed up with those from the Afghanistan conflict to use geospatial data visualisations of every “contact” to tell a different, non-narrative version of Australia’s Vietnam War. Such approaches have led to genuine collaborative efforts, sharing data and helping a contemporary Vietnam find its own “Wandering Souls” Missing In Action. This kind of work acknowledges a new sense of military common purpose in Asia, which will only grow in the future.

We are headed towards an era of Accelerated Warfare likely to occur in complex mega-cities and the cyber domain, and a new environment of political warfare. The Australians who participate in these new kinds of wars deserve to see the Anzac myth expand to meet their experiences and new kinds of service.

In this urgent context, arguably Danger Close has missed a great opportunity. The film repeats disputed facts and interpretations, while the emotional force of its compelling story risks cementing in Australian culture this version as the only view of Long Tan.

It’s easy to say it’s a fictionalised movie, not a documentary, and cut Danger Close some slack. But how do we want to frame the stories we tell ourselves as we face a complex, uncertain future in our region?

Putting Australia’s Vietnam War on screen is way overdue. Commemorative storytelling is essential to heal wounds of the past. But Australian culture must begin to frame war stories with an eye to the present and future too.

There are other versions of “Anzac courage” that might be set in Timor-Leste, Rwanda, Iraq or Afghanistan, and new narratives that might accurately reflect the complexities within every conflict.