Last week saw the release of the rebooted The Lion King, an attempt to capitalise on the billion-dollar success of the 1994 original. With a star-studded cast, the reboot closely follows the plot of the first movie (spoilers to follow, obviously).

Mufasa, king of the lions (and of every other creature in his territory), raises his son Simba to follow in his footsteps. But Mufasa is murdered by his jealous brother Scar, and his young heir is chased into the desert. Years pass, and eventually Simba reclaims his rightful place as the ruler of Pride Rock.

Read more: Lions sometimes suffer if they attack a porcupine. So why do they do it?

The remake is likely to be the box office hit of 2019. But in my job as a big cat biologist, I spend plenty of time with Pride Rock’s real-life counterparts. While Disney was somewhat accurate, the real life dynamics of a lion pride in Uganda or Tanzania’s national parks can be far more Game of Thrones than The Circle of Life. 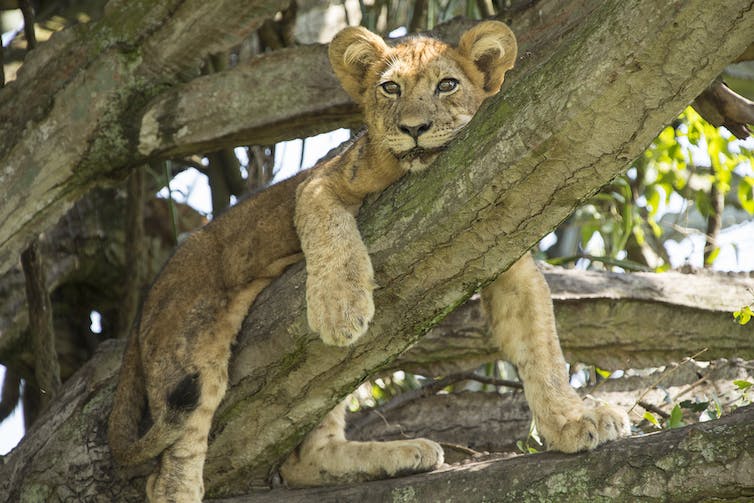 Lion life is more Game of Thrones than the Circle of Life. Alexander Braczkowski, Author provided (No reuse)

The key to survival in lion society is strength in numbers, and lionesses are the anchors of lion prides. They form a matrilineal society, and generally stay in the territory of their birth. It is the males that leave.

The Lion King gets the fundamental premise of pride society right: its strength is the number of lionesses in a pride.

You might assume this would be for successful hunting, but far more fundamentally, it is the key to successfully raising young. Lionesses will often give birth at a similar time (usually a few months apart). This means they can suckle each others cubs. 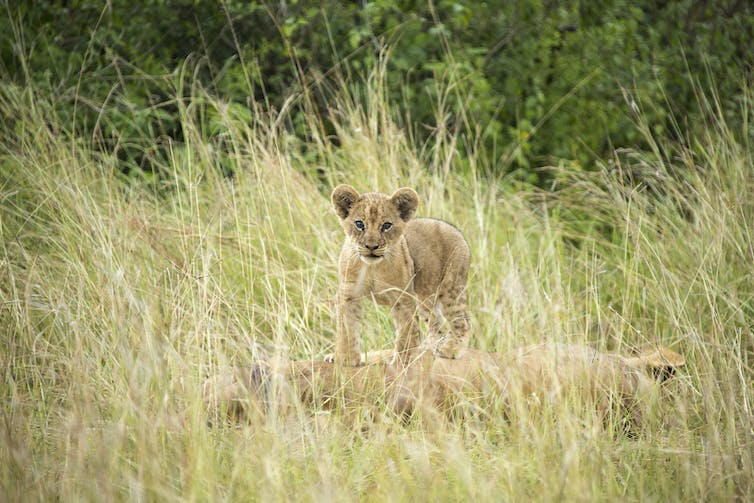 Cubs are cared for communally by lionesses, who nurse and protect each other’s young. Alexander Braczkowski, Author provided (No reuse)

Genetically, this makes sense, as they are related as mothers, sisters, aunts and nieces. If one lioness dies, a relative will raise her offspring. Moreover the strength of numbers means lionesses can defend their cubs from males trying to kill them.

Males (typically not the father) will kill cubs to force their mothers back into heat. Infanticide is one of the the leading causes of death for young lions; about 25% of all lion cubs will die in this way. It is perhaps understandable why Disney chose to omit this aspect of lion society from their children’s films.

Scar and Mufasa would be partners, not enemies

Where the Lion King takes a turn towards fiction is in the relationship between Scar and Mufasa. In the film they are brothers, and enemies. But in real life they would be partners and rely intimately on each other.

In lion society, young males are evicted from their mothers’ pride once they mature. To survive they band together, looking for a new pride they can take up residency in and sire offspring.

The more males in a coalition, the higher the likelihood they will secure tenure in a new female pride. Yes, Mufasa and Scar may have had the odd squabble over mating rights to females in the pride, but they wouldn’t kill each other.

Instead, their fight would be with other males. Arguably the best example of this was seen in the mid-2000s in South Africa’s Sabi-Sands game reserve. A coalition of six adolescent males, known as the Mapogos (meaning rogues or vigilantes), joined forces to rule an area of 170,000 acres for six years.

They sired a multitude of offspring, but killed at least 40 cubs, females and adult males during their reign, before finally being dispatched by two other lion coalitions (the Majingilanes and the Southern Pride).

Interestingly, in the 1994 original Scar was the bearer of a gorgeous, black mane, far darker than his brother Mufasa’s. Seminal experiments with dummy lions showed lionesses prefer males with darker manes.

Scar’s dark mane would be irresistible to lionesses. In real life, however, lions generally do not command armies of hyenas.

Those same dark-maned males feature more testosterone and can heal up quicker after big fights. Rather than the outcast Scar is made out to be, his black mane would be an important indicator of fitness and very sexy to lionesses!

Run away and (really) never return

One of the key moments in The Lion King is Simba leaving his mother’s pride, fuelled by guilt over Mufasa’s death.

The act of leaving is dead right, but it would not have been voluntary. Adult lions cannot stand the presence of young and upcoming males in their areas, although they will tolerate young cubs to a degree. When males are between two and a half and about four, they are forcibly evicted by their fathers, uncles and other pride members.

I recently saw one of my favourite Ugandan lions, a 3 year-old male called Jacob (pictured below), get swatted around by a coalition of three massive mature males. Jacob immediately submitted, laying on his back and cowering. Simba’s journey away from home would not have been a smooth one.

When lions leave their birth pride, they’re setting out on a long, arduous journey (which makes it all the more important to have your brother or cousin with you). 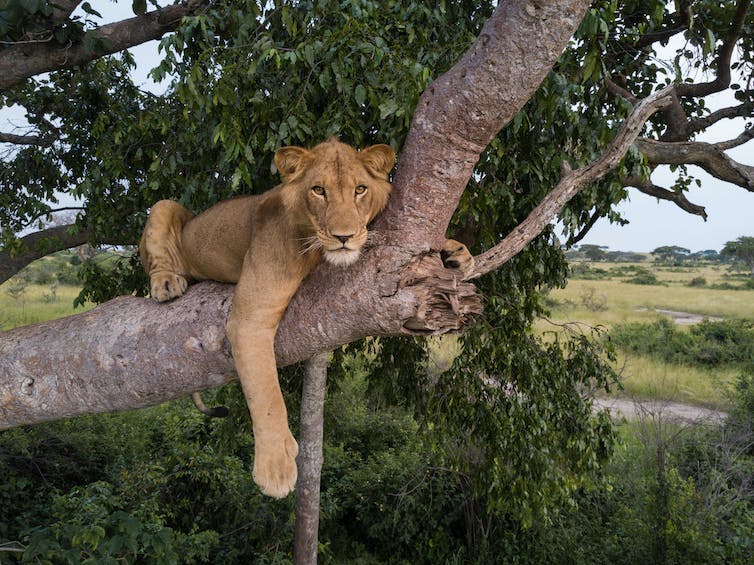 Jacob a young male on the cusp of leaving his natal pride. Alexander Braczkowski, Author provided (No reuse)

Lions can move hundreds of kilometres in search of a new “home”, a new pride they can challenge the incumbent males for. They can cross electrified fences into new reserves, move across cattle farms and even international borders.

The likelihood of Simba returning to his mother’s pride are next to none, barring some extreme event resulting in the males dying (for example trophy hunters or poachers). Of course, if he did return, it would be to mate with as many lionesses as he could, many of whom – if not all – would be closely related to him.

While I personally revel in the opportunity to study lion society in its totality, even the fights and hardships, I can understand why Disney chose to skim over some of these aspects of lion life in favour of fantasy.

Although the story of the Lion King is ultimately positive, African lions are thought to have undergone a 50% decline since the original film. The new Lion King gives us all an opportunity to be inspired by this magnificent cat and help its conservation in the wild.