Over the past few weeks, artists from around Australia have been creating small artworks depicting the endangered black-throated finch and sending them to politicians involved in decision-making around the Adani Carmichael mine in Queensland’s Galilee Basin. Before being mailed, the artworks are photographed and uploaded to Instagram. Over...

Over the past few weeks, artists from around Australia have been creating small artworks depicting the endangered black-throated finch and sending them to politicians involved in decision-making around the Adani Carmichael mine in Queensland’s Galilee Basin. Before being mailed, the artworks are photographed and uploaded to Instagram. Over 1,400 have been mailed to date.

This is not the first time Australian artists have banded together in protest. In 2014 Transfield Holdings was forced by artists’ protests to withdraw as principal sponsor of the Biennale of Sydney – a philanthropic role reaching back 40 years – when participating artists learned that a then-related company was involved in Australia’s offshore detention program.

Similarly, in 2017 artists led a successful campaign calling on the National Gallery of Victoria to sack its contracted security firm, Wilson, which is also active in the detention of asylum seekers. 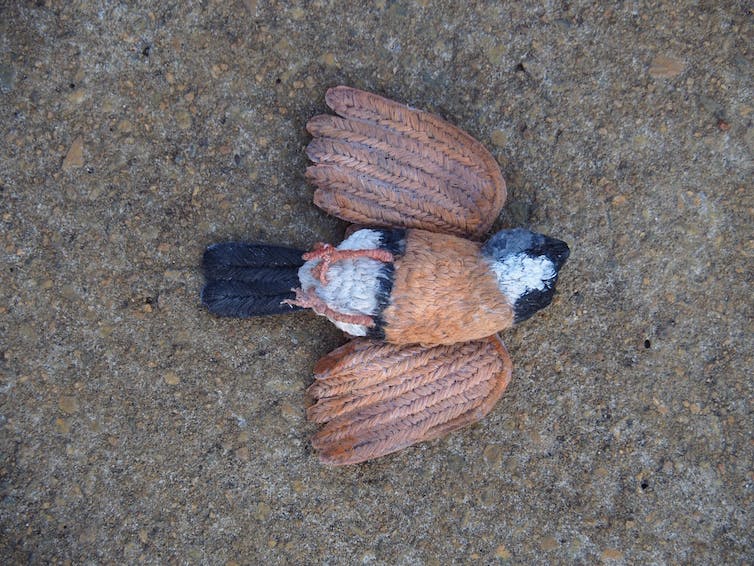 One of the artworks from the Black Finch Project. Robyn Rich

To penetrate the public consciousness, however, artist-led protests need to move beyond the relatively niche arenas of art museums and Instagram. Peter Drew’s series of poster campaigns that began in 2015 with Real Australians Say Welcome, for example, have become accepted, even expected images in public spaces across the country. Brisbane artist Richard Bell took his Embassy project to the Venice Biennale this year, where it was embraced by the international art community and its thousands of acolytes, few of whom had prior understanding of the Aboriginal rights movement in Australia. 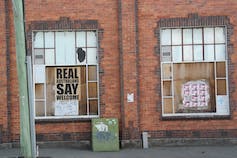 The current Black Finch Project takes its name from the tiny, almost extinct bird whose last key habitat is threatened by the Adani mine. There are thought to be only 1,000 of the species remaining and scientists have warned that the native finch may well be wiped out by the habitat-destroying mining operation.

Read more: Death by 775 cuts: how conservation law is failing the black-throated finch

Adani’s management plan for the endangered bird was initially rejected by the Queensland state government, before a revised plan was approved on May 31. Despite the revisions, scientists have serious reservations about the finch’s ability to survive.

The Black Finch Project was launched by Melbourne artist Charlotte Watson, who proposed that “we send the QLD government 1,000 black finches; drawings, sculptures, anything to make known the lives of these creatures. No text. No slogans. No messages of rage. Just dead finches”.

The results are a mix of professional and amateur art, mostly realistic portrayals of the little bird either standing alone or dead and upturned. Echoing the seemingly casual disregard by politicians for the finch, Laura E. Kennedy designed a circular panelled portrait of the small bird with a speech bubble that simply says “bye”; also clear in its message, Stephanie Hicks has contributed a pair of monochrome images in which the finch itself is whited out.

The Black Finch Project artworks have been referred to in the media as “heartbreaking”, with the federal environment minister Sussan Ley rather patronisingly describing some of those received by her office as “heartfelt”, saying she could recognise the “passion” and “creativity” behind them.

If she had described them, conversely, as “informed”, “insightful” and “thought-provoking”, the creators of the artworks could at least be satisfied that their message had hit their target. 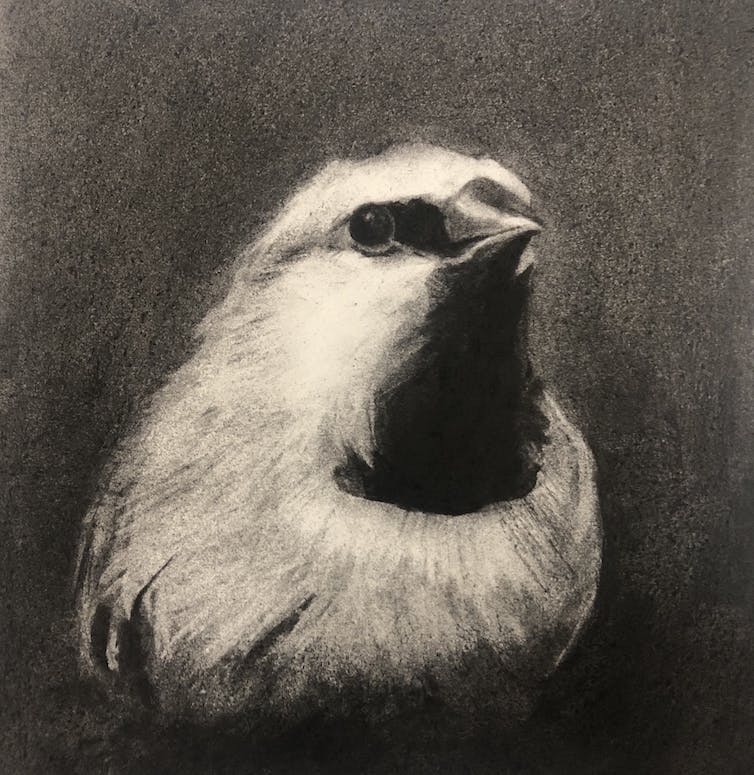 Making art and craft can be therapeutic. The artist might achieve a sense of catharsis and even empowerment. Yet unless the artwork’s targeted audience is an openminded one, the artwork, no matter how accomplished, will have little impact on the status quo.

While the Black Finch Project is gaining traction on Instagram and successfully building public awareness of the issue, it will take more than art to stop the Adani juggernaut in Queensland.

History shows that art does have the potential to illuminate, educate and even change minds. As Friar Michele da Carcano explained in the late 1400s, narrative art commissioned by churches was introduced for three reasons.

First, for the benefit of “simple” folk who are unable to read, a reason which today might more appropriately be applied to impatient people unwilling to invest the time to read news and analyses; secondly, on account of what he called the “emotional sluggishness” of those who are not easily moved by words but can be influenced by pictures; and finally because many people cannot retain in their memories what they hear, but they do remember if they see images. 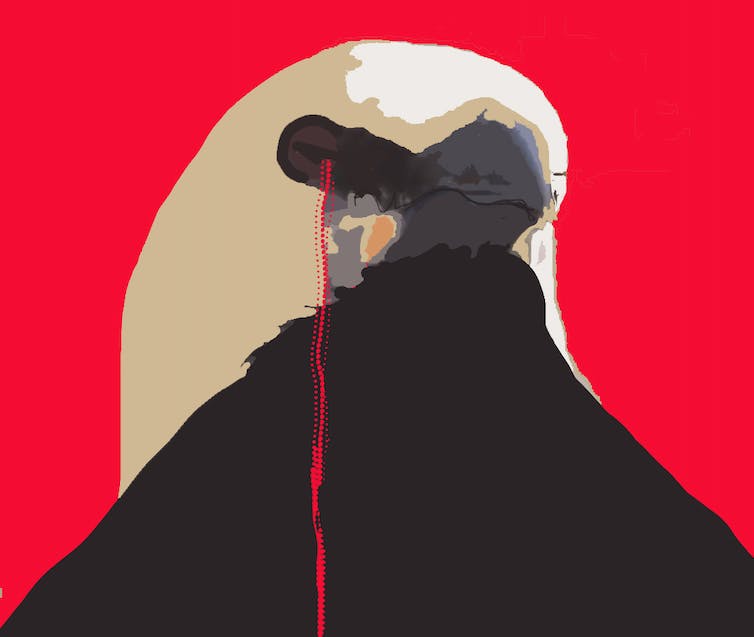 The Black Finch Art project is gaining awareness, but will this be enough? Amaya Iturri

The threatened extinction of the black-throated finch is more than an emotional issue. If art is going to have an impact in debates which rely on scientific fact to provide gravity for environmentally-based protest movements, it needs to take a leaf out of Friar da Carcano’s book and tell the full story. Sentimental images of baby Jesus, no matter how creative, passionate and heartfelt, were never solely relied upon during the Renaissance to effectively convey biblical tales.

Ironically, despite the Black Finch Project’s request for “no text”, one of the most succinct contributions is not by an artist but by Melbourne tour guide Matthew Webb, well placed to explain what we’re looking at. It includes the words “If the land Adani has set aside for the black-throated finch was suitable, they’d already live there”. That message is clear, even to the most time-poor, emotionally sluggish and forgetful of people.