Australia prides itself on being a safe travel destination. And feeling safe is one of the leading considerations for international students when choosing to study here.

Admittedly, international education is huge business. In the 2017-18 financial year, more than 500,000 international students injected nearly A$32 billion into Australia’s economy. The majority of these were university students.

And this means being protective of its customers.

Federal education minister Dan Tehan responded quickly to the Melbourne attacks. He said the government was working with education providers to “ensure Australia is a safe and welcoming country for international students”.

Many safety frameworks already exist. The 2018 National Code of Practice for Providers of Education and Training to Overseas Students requires education providers to give overseas students information about safety on campus and while living in Australia.

It also states universities should have staff and support mechanisms in place to assist students. Mechanisms include health and counselling services, and immediate response to critical incidents such as severe verbal or psychological aggression, violence and physical or sexual abuse.

But it’s a huge challenge to protect international students travelling to and from the university, and in day-to-day living in local communities.

University students are often victimised on public transport. In one Melbourne study of all students (local and international) nearly 80% of female students surveyed and an equivalent proportion of LGBTI+ students, said they had been the victims of unwanted sexual gestures, comments, advances, exposed genitals, groping, or being followed on public transport in the previous three years. More than half of men reported having been victimised.

Read more: Students don't feel safe on public transport but many have no choice but to use it

Women said they adopted a range of behaviours, from avoiding certain lines and stops to ensuring they are met at a stop. They said they were on constant alert to mitigate their risk of victimisation. A concerning finding was that only 5.7% of those who had been victimised reported this to anyone in authority. 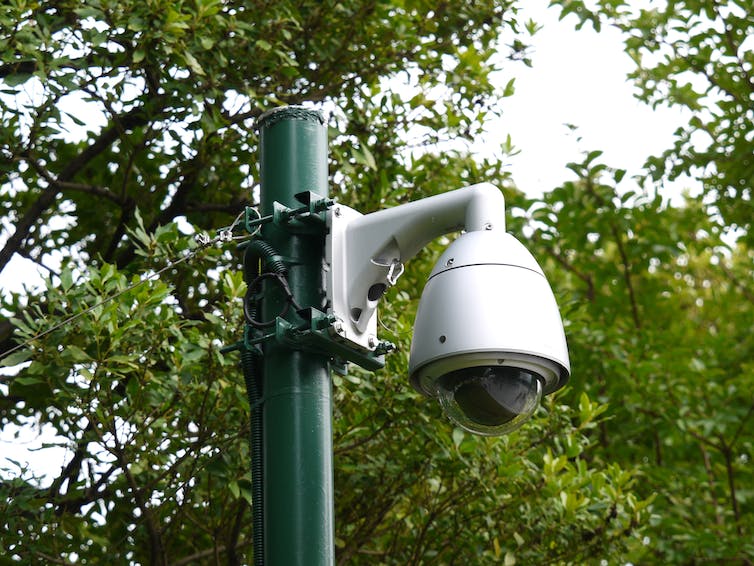 Australian universities have CCTV cameras on campus. from shutterstock.com

The recent rape and murder of 21-year-old international student Aiia Maasarwe in Melbourne highlights the danger of travelling alone at night and use of public transport. Ms Maasarwe was walking home at night after getting off a tram near La Trobe University in Bundoora.

Violence can also be opportunistic, with environmental factors such as travelling at night and the use of public transport heightening the risk.

What universities can do

Orientation programs are a good start and an opportunity to offer safety information to international students. This can be done through videos and presentations by police and other service providers, along with online resources that can be accessed 24/7.

Personal safety tips include leaving valuables at home when going out and not carrying large amounts of money, knowing the 000 (triple zero) national emergency number and how to interact with the operator. Many universities now have mobile apps that provide access to emergency and security resources. 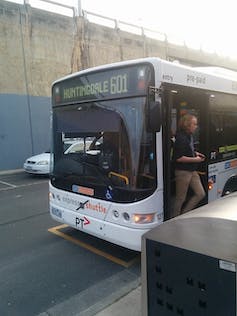 Universities need to work closer with transport and police. Yingtong Li/Flickr, CC BY

But orientation programs, two or three times a year, are intense periods of information overload where personal safety is one of many topics to be covered in a limited amount of time. They are not enough by themselves.

Universities can address some public safety issues through measures such as thoughtful timetabling that reduces night travel to and from campus, working directly with transport authorities to enhance safety on buses and trains and establishing a close working relationship with local police.

These strategies are part of a growing international approach called Healthy Universities that promotes health, safety and well-being for staff and students.

As part of its Safe Campuses It’s On All of Us program, Griffith University offers self-defence classes to staff and students. The focus is not just on protecting oneself but also understanding when and where you might be vulnerable and how to develop strategies to avoid personal injury.

Most universities have a MATES (Mentoring and Transition Equals Success) or equivalent mentoring program for new students to help connect with other students and learn about university life. This existing network could be mobilised to promote international student safety if the mentors were appropriately trained, resourced and supported by their universities.

Read more: Meet me at the bar! How uni students interact on a campus, and why chocolate can help

Australian universities have proactively addressed sexual assault and sexual harassment through the Respect. Now. Always. initiative. This means a broad framework for international student safety is already in place to run the necessary face-to-face workshops and training programs, liaise with police and encourage reporting of incidents.

Of course this will require more dedicated staff and resources in the international offices so programs are sustainable.

There is already enough policy and general advice in place about the safety of international students. What we need is more operational programs with the police and other key stakeholders, leading to evidence-based practice.

In particular, evaluation of real world initiatives is needed to know what works and what does not. This way we can confidently reassure international students and their families that personal safety is a priority.