With 12 coal power stations in Australia closed since 2013, a full transition out of coal is coming.

Around the world, governments and stakeholders are considering how to implement a “just transition” from coal to clean energy – a transition that’s fair for local workers and communities in coal regions.

With 12 coal power stations in Australia closed since 2013, a full transition out of coal is coming.

Around the world, governments and stakeholders are considering how to implement a “just transition” from coal to clean energy – a transition that’s fair for local workers and communities in coal regions.

Some coal-producing nations, such as Germany and Spain, are delivering major just transition packages. Other nations are less successfully trying to navigate social conflicts around the transition, such as Poland and South Africa.

But so far in Australia, there is little planning for the transition.

What can Australia learn from other international experiences to plan our own just transition? Through our ongoing research we found four important lessons.

Read more: What would a fair energy transition look like?

Climate science demands the energy transition be as rapid as possible. But faster transitions threaten the capacity of local labour markets to replace jobs lost in coal.

Unions have begun shifting from defensive support for coal towards a just transition perspective, but this support can unravel once job losses start to hit.

In South Africa, for instance, trade unions helped pioneer a just transition. But they brought legal action to stop renewable energy auctions amid coal closures without adjustment support for workers.

Germany, on the other hand, has managed industrial transitions in the western coal regions since the late 1960s through effective negotiations.

In 2018, Germany’s government-appointed “coal commission” developed a pathway for the full closure and transition of the coal industry by 2038. It involved a process with representatives from unions, industry associations, coal regions, scientists, local communities and environmental NGOs.

A social compact between the key parties is needed to manage the conflicts that can emerge over a transition out of coal.

Just transition commissions have been established in Canada, Scotland – and now South Africa.

So Australia should be considering two things to build a social compact for coal transition:

If transition planning is delayed until mass redundancies are on the horizon, labour markets will not cope with the volume of displaced workers.

Planning for closures is starting to emerge at an industry and company-level in some nations (such as Italy, Germany and Australia) - which includes retraining, support for early retirements and the redeployment of workers. 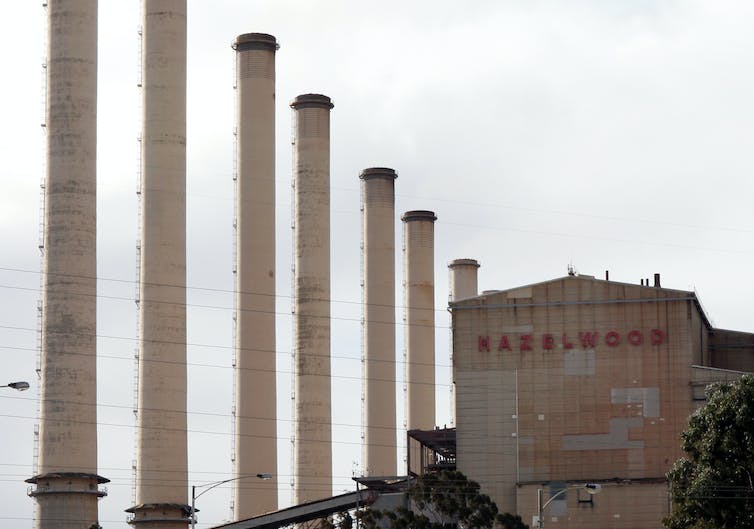 Site remediation is also an important way we can restore the local environment quality and create semi and low-skilled jobs at the most critical time of the transition. Mandatory requirements need to be established for funds allocated to the coal industry.

The Institute for Sustainable Futures has modelled the global employment impacts in the energy sector if we meet the Paris Climate Agreement.

The modelling found jobs will grow across almost all occupational categories. There will be big job losses among machine operators and assemblers as coal closures occur, but this group also experiences the strongest job growth within the renewables sector, especially solar. 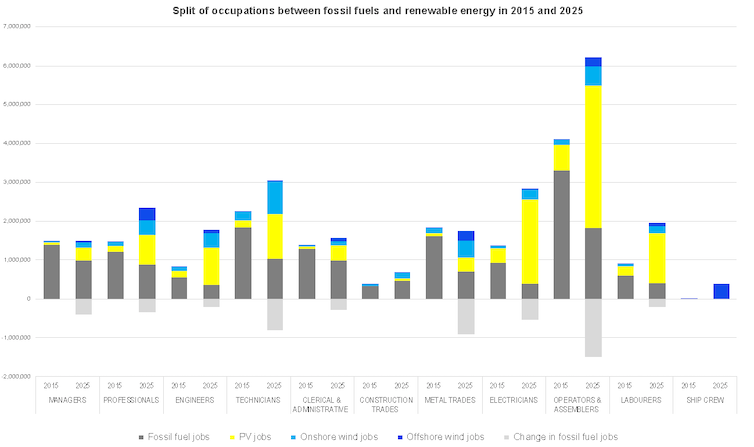 Changes in jobs in transition from coal to renewable energy. Click table to zoom. Author provided

But market restructuring alone will not deliver a just transition.

In each of the coal regions we examined, there is little prospect for large-scale renewable energy because the best solar and wind resources are located elsewhere.

This means workers will rarely transfer seamlessly to new jobs without having to move away from home. And as many of the new jobs are in the construction phase, ongoing jobs will be replaced by a higher volume of temporary jobs.

Read more: How to fight climate change in agriculture while protecting jobs

Local solar and energy efficiency can be a source of new jobs but ultimately diversifying the regional economy is the solution for creating new jobs beyond coal. Each region has different mixes of sectors and capabilities, so economic diversification strategies need to be tailored.

These are some features of successful plans to diversify regional economies:

Lesson 4: establish funds and authority for a just transition

Specialist funds are being established to oversee, develop and implement coal transition programs. The European Commission’s coal and carbon-intensive regions in transition initiative is investing funds in 13 coal regions.

In Germany, the coal commission has recommended a funding package of €40 billion to support the coal regions, with legislation due May 2019.

The Spanish government has established a €250 million fund, which includes support for workers, economic diversification and environmental restoration.

How is Australia placed?

National climate and energy policy is a fiasco in Australia. The federal government has no energy transition plan and refused to sign a Just Transition declaration at the Poland climate conference in December 2018.

On a positive note, there have been some innovative regional responses. The Victorian Government has established the La Trobe Valley Authority, which is funding economic diversification initiatives. 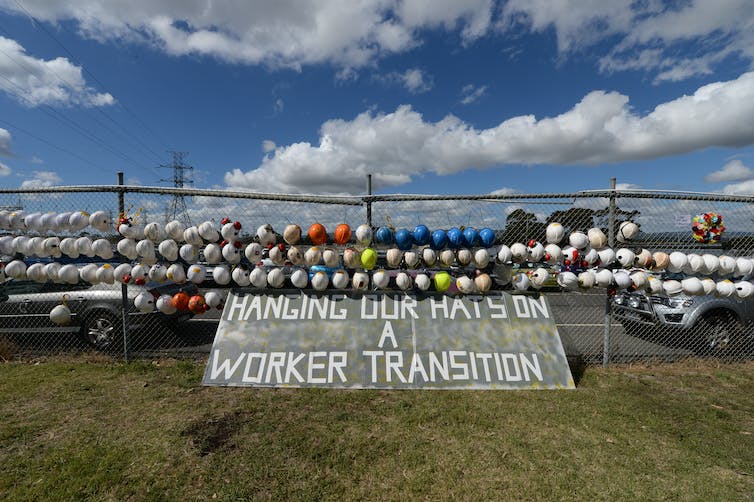 Hazelwood employees have been concerned about worker transition after the power station’s closure. Mal Fairclough/AAP

The ALP will establish a Just Transition Authority if it wins the federal election, which will develop regional transition plans and oversee redundancy schemes. Unions, industry and local communities will have direct input.

Read more: Labor's policy can smooth the energy transition, but much more will be needed to tackle emissions

But without a coordinated exit schedule like the German coal commission, coal closures will still likely be abrupt, driven by technical breakdowns or renewables growth squeezing out less profitable generators.

The ALP scheme also only covers power generators – not coal mining – which will be more challenging because there are more low-skilled workers (around half are drivers and machine operators).

Social and political support can unravel very quickly once regional communities start to transition. In Queensland, mining unions are opposing any candidates that will not support the Adani mine after their national body led the shift to a just transition policy by the ACTU.

Australia would be wise to invest heavily in just transition planning and investment alongside technology development.