For some time now, Australian voters have rattled the cage of the political establishment. Frustrated with prime ministerial “coups”, political scandals and policy inertia, growing numbers have turned away from the major parties.

Does this mean minor parties and independent candidates will have a significant impact on the coming federal election?

Anti-major party sentiment doesn’t usually disrupt the numbers in parliament by much. Only five of 150 seats weren’t won by the major parties at the 2016 federal election, despite a national minor party/independent vote of over 23%. But a nationwide minor party Senate vote of over 35% in 2016 resulted in a record 20 crossbenchers – helped by a lower quota bar at a double dissolution election.

Familiar groups and faces are well placed to capitalise on this sentiment during the current election campaign.

Despite internal instability rocking its New South Wales branch, the Greens will hope to capitalise on growing progressive support (in Victoria especially) and an expected anti-Coalition swing to secure Senate influence.

Yet with recent Senate voting rule changes being tested for the first time at a normal half-Senate election, the Greens may in fact struggle to retain, let alone build on, their current nine Senate spots. Final Senate seats in most states will be fought over by a slew of (mainly right-wing) minor parties.

But intense competition for the conservative vote means they and other minor parties stand only an outside chance of winning lower house seats. One exception is Bob Katter likely holding Kennedy in north Queensland for his eponymous Australian Party. 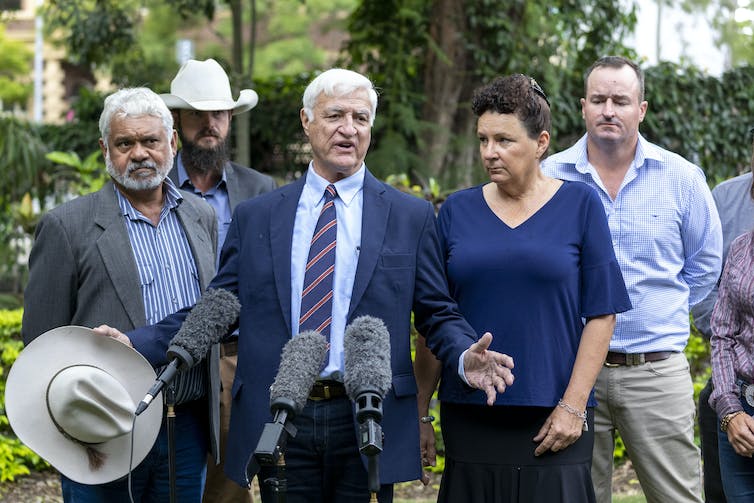 Still, an expected high minor party vote will keep the major parties – and the media – focused on preferencing arrangements throughout the campaign. These preferences will likely play a key role in electing minor party candidates to the Senate, potentially returning familiar faces like One Nation’s Malcolm Roberts from Queensland.

Recent opinion poll results have unexpectedly placed Palmer’s party ahead of the field of minor parties on the right. Months of saturation advertising, it seems, have imprinted the billionaire’s messaging on voters’ minds. Yet this sudden poll prominence, like Palmer’s billboard pledge to “make Australia great”, is largely illusory.

Nevertheless, both major parties have responded to this seeming upsurge in UAP support. The Coalition has hurriedly concluded a preferencing arrangement that sees Palmer and Prime Minister Scott Morrison somewhat “reconciled”. The deal might deliver much-needed preferences to Coalition MPs in marginal seats, particularly in Queensland. It also increases the chances of Palmer candidates – and the man himself – winning a Senate seat.

But these are big “maybes”. Minor party voters are renowned for following their own preference choices. In 2013, voters’ preferences from Palmer’s United Party candidates split only 54% the Coalition’s way.

Clearly stung by the attention being shown to Palmer, Hanson has announced PHON will preference Labor last in some key marginal seats held by Liberal incumbents. That includes Peter Dutton, whose seat of Dickson is under siege. In 2016, PHON took a different approach when it preferenced against sitting MPs, costing the Coalition its hold on Queensland seats like Herbert and Longman.

As part of the same deal, PHON will exchange preferences with the Nationals – whose leader Michael McCormack claimed “it just made sense” – lifting the Nationals’ hopes in marginal and at-risk regional seats.

Labor has also sealed a deal to boost its chances in marginal Victorian seats, concluding an arrangement with Derryn Hinch’s Justice Party. This will see Labor how-to-vote cards in tightly contested seats like Dunkley and Corangamite suggest second preferences go to Hinch’s Senate candidates ahead of the Greens (repeating Labor’s approach at the 2016 election).

Read more: View from The Hill: Shorten had the content, Morrison had the energy in first debate

The reputational risks of preference deals

Anning’s party has already stumbled badly. A pair of candidates in Victoria and the ACT has been called into question, and a party supporter allegedly assaulted journalists in Sydney.

Hanson’s party, no stranger to this pitfall, is still hosing down the controversy of the Al Jazeera taped conversations with party insiders, which has likely cost the party some support. Freshly released video footage has now forced Queensland Senate candidate, Steve Dickson, to resign in disgrace, in another blow to the often shambolic party’s standing.

Familiarity is key for independents

The best chances for independents are in lower house seats, yet there’s been only a dozen elected to parliament in the last several decades. Those who’ve broken through in election campaigns, like Kerryn Phelps at last year’s Wentworth byelection, typically benefit when there’s some controversy or ill-feeling towards an incumbent or their party.

But in the absence of full-on media glare of a high-profile by-election contest, Phelps might struggle to hold her seat – assuming the angst of local voters over Malcolm Turnbull’s deposing has dissipated.

Personal profile and high media interest puts Zali Steggall in with a chance to unseat Tony Abbott in Warringah. Likewise, a well-organised local campaign structure such as “Voices for Indi” behind Cathy McGowan’s hopeful successor, Helen Haines, can make the difference – though transition of support from one independent to another isn’t assured. 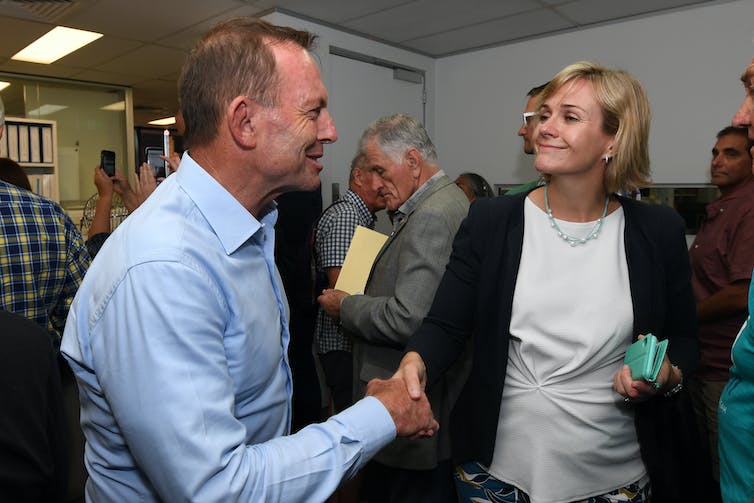 Newcomers on the ballot paper generally find the odds against them. Candidates with an established record and voter recognition, such as Andrew Wilkie in Tasmania’s Clark (like the Greens’ Adam Bandt in Melbourne and Centre Alliance’s Rebekha Sharkie in South Australia’s Mayo), enjoy an easier path to reelection.

Similarly, Rob Oakeshott is given a good chance of winning the New South Wales seat of Cowper from retiring Nationals MP, Luke Hartsuyker. He carries strong name recognition from his time as Independent MP for the neighbouring seat of Lyne.

But recognition alone mightn’t be enough for Julia Banks, the former Liberal MP for Chisholm in Victoria who is now challenging in Greg Hunt’s seat of Flinders. Her decision to preference Labor’s candidate above Hunt might turn away potential support from Liberal-leaning voters, yet could put the seat within Labor’s grasp.

Minors and independents cloud the outcome

The chances of an “independent tide” sweeping several seats this election is unlikely, in part due to the ability of major parties to drown out the competition. And counter to long speculation about the “march of the minors”, there could in fact be a reduced crossbench in both the lower house and Senate.

But voter dissatisfaction with the major parties persists, and minor party preferences are likely to play a critical role in many seats.

The prominence of minor parties will maintain an air of unpredictability for the remainder of the campaign, clouding an election outcome many saw not long ago as a foregone conclusion.