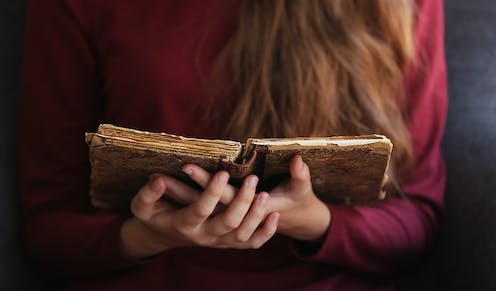 Women played a role as both readers and authors in the history of science writing.Shutterstock/Africa Studio

Three centuries ago, when modern science was in its infancy, the gender disparity in education was not a gap but an abyss: few girls had any decent schooling at all.

The emerging new science was clearly a male enterprise.

Three centuries ago, when modern science was in its infancy, the gender disparity in education was not a gap but an abyss: few girls had any decent schooling at all.

The emerging new science was clearly a male enterprise.

But it arose from a sense of curiosity, and women, too, are curious. If you look closely enough, it’s clear women played an important role, as both readers and authors, in the history of science writing.

Both science and science writing were up for grabs in the 17th century. Technology was rudimentary and researchers struggled to obtain even the simplest observational evidence, and then searched for ways to make sense of it.

Read more: How not to write about science

You can see this struggle in the Italian astronomer Galileo Galilei’s famous Dialogues of 1632 and 1638. He painstakingly and somewhat tortuously tries to justify his arguments for heliocentrism – in which the planets go around the Sun – and the nature of motion and gravity. 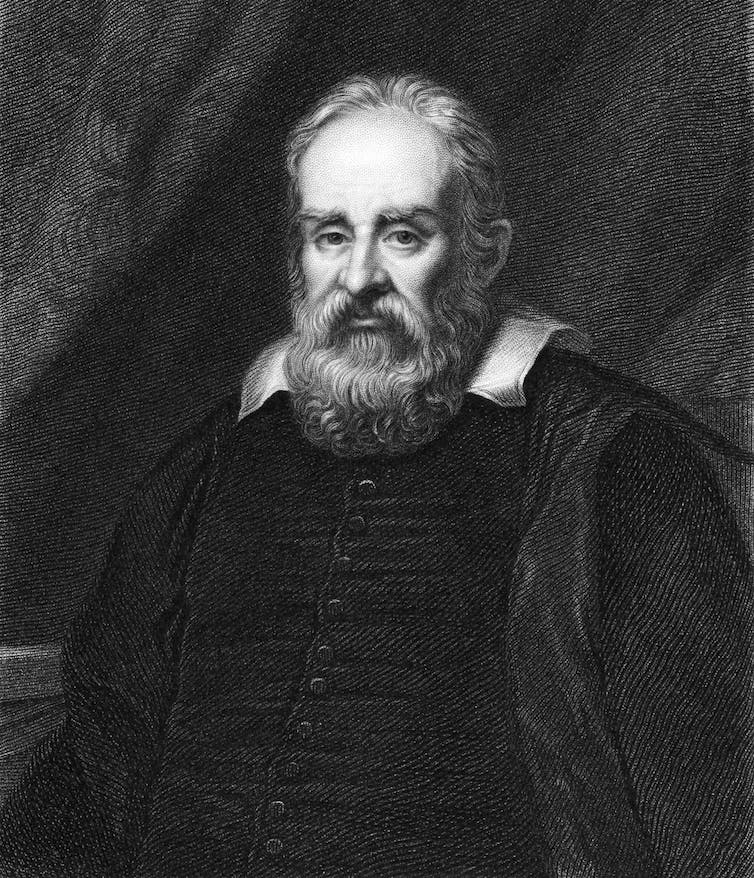 Galileo Galilei (1564-1642). Engraved by R Hart and published in The Gallery Of Portraits With Memoirs encyclopedia, United Kingdom, 1833. Shutterstock/Georgios Kollidas

Tortuously, not only because he was bending over backwards to please the censors – heliocentrism was held to defy scripture – but especially because most of the experiments, methods, and even the mathematical symbolism of modern science did not yet exist.

So although yesteryear’s scientific content was simple compared with today’s overwhelming complexity, Galileo’s Dialogues show that the lack of data, methods and scientific language presented its own problems for science communication.

Galileo resorted to the Socratic device of a conversation, in which he debated his ideas in a long dialogue between an innovative philosopher, Salviati, and two (male) friends.

In trying to convince even the least scientifically learned of his interlocutors, Galileo was writing what we might call popular science (although the more complex parts of the 1638 Dialogue read more like a textbook).

There were no scientific journals then, and there wasn’t quite the same distinction between the announcement of scientific discoveries to colleagues and the communication of those ideas to a wider public.

It was a runaway success that helped non-specialists accept the Copernican system – a Sun-centred solar system – rather than the time-honoured, seemingly self-evident geocentric one with Earth at the centre.

The hero of Fontenelle’s story, too, is a male philosopher – but this time he is conversing with a pretty marquise, who is spirited and quick to grasp new facts. Although its style was flirtatious, Fontenelle’s book was a significant recognition that women are curious and intelligent. 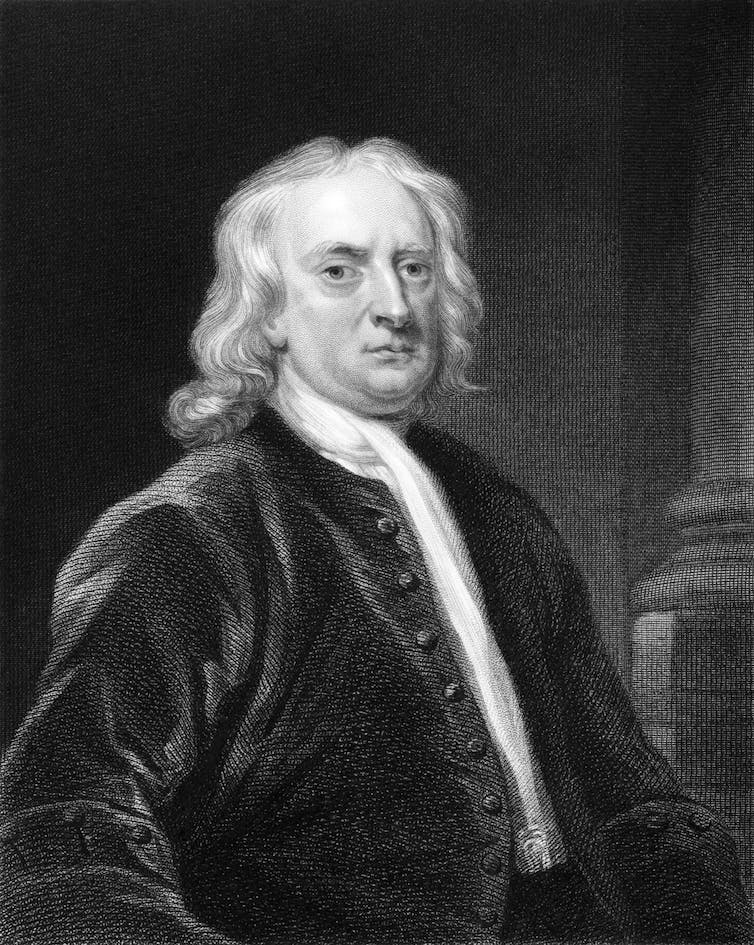 Isaac Newton (1643-1727). Engraved by E Scriven and published in The Gallery Of Portraits With Memoirs encyclopedia, United Kingdom, 1837. Shutterstock/Georgios Kollidas

For instance, Fontenelle’s explanation of the cause of heliocentrism had been based on Frenchman René Descartes’ notion that the planets were swept around the Sun by gargantuan cosmic ethereal vortices.

Newton replaced this influential but unproven idea with his predictive theory of gravity, and of motion in general, which he developed in 500 dense pages of axioms, observational evidence, and a heap of mathematics.

Principia provided the modern blueprint for experimentally based, quantitative, testable theories – and it showed the fundamental role of mathematics in the language of physics.

The trouble was that only the best mathematicians could understand it. It was so innovative (and tortuous in its own way) that some of the greatest of Newton’s peers were sceptical, and it took many decades for his theory of gravity to become universally accepted in Europe.

Science writers played a key role in this process.

The earliest popularisations of Newton’s work were short or semi-technical, such as that by the French mathematician Pierre-Louis Moreau Maupertuis.

In the 1730s, Maupertuis tutored a real-life marquise, Émilie du Châtelet, but she was of a very different calibre from Fontenelle’s fictional student – or indeed the curious but rather flighty marquise in another mass market popularisation: the Italian Francesco Algarotti’s Newtonianism for “the ladies”. 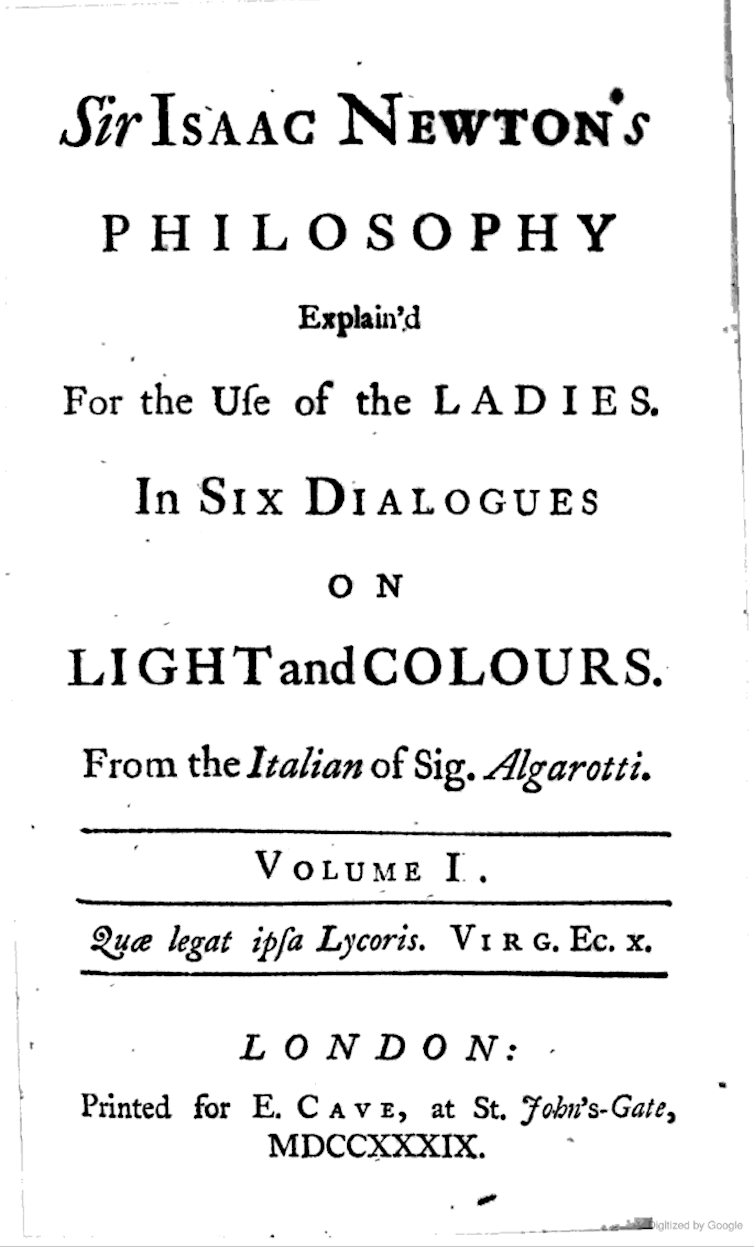 Newtonianism here referred not just to Newton’s theory of gravity. As its somewhat patronising title might suggest, it focused mostly on his more accessible 1704 work, Opticks, which explains his experiments on the behaviour of light and the nature of colour. But these, too, were controversial, and Algarotti was an expert in optics.

He had been inspired to address “the ladies” by two outstanding female contemporaries: his French mathematical friend Émilie du Châtelet, and the Italian physicist Laura Bassi. But both women disliked his book’s flirtatious style. 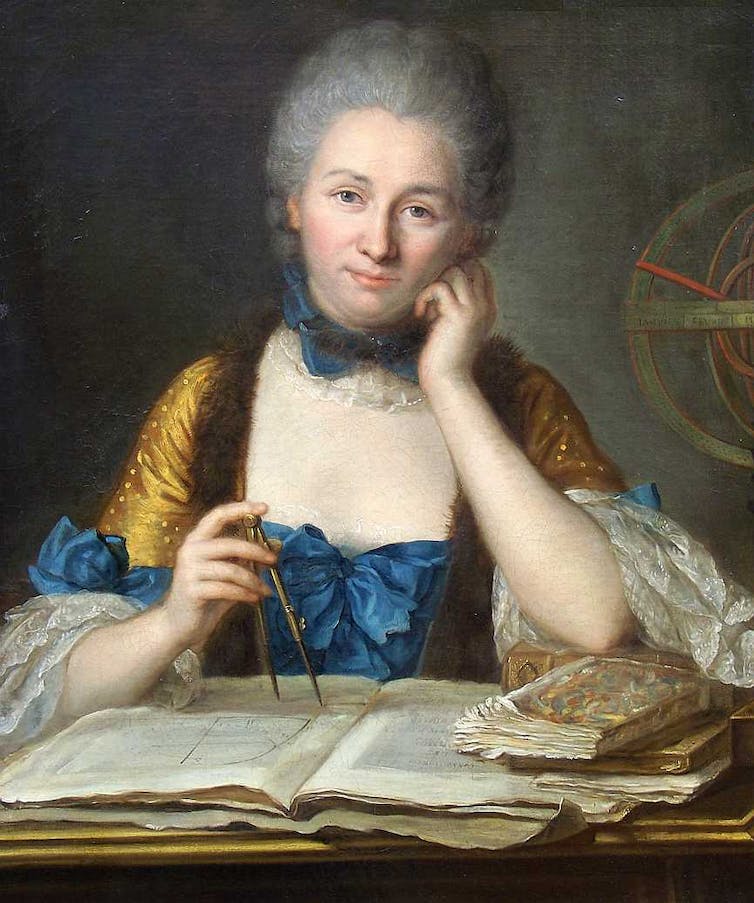 An oil painting of Madame Du Châtelet at her desk. Wikimedia

Du Châtelet and her lover Voltaire were writing their own more serious (and non-gendered) popularisation of Newton’s work. Du Châtelet later wrote a very successful popular synthesis of the scientific ideas of Newton and his German rival Gottfried Wilhelm Leibniz – Bassi used the Italian translation of it in her own teaching.

Du Châtelet then went on to produce the first translation of Principia outside Britain – an insightful work that is also interesting in the context of popular science writing. She appended a 110-page commentary, summarising Newton’s method in everyday language, and explaining more recent applications of his theory.

Nearly a century later, the Scottish mathematician Mary Somerville felt the same compulsion to reach out to the non-specialist reader – male and female – in the introduction to her book explaining the latest developments of Newton’s theory, Mechanism of the Heavens. 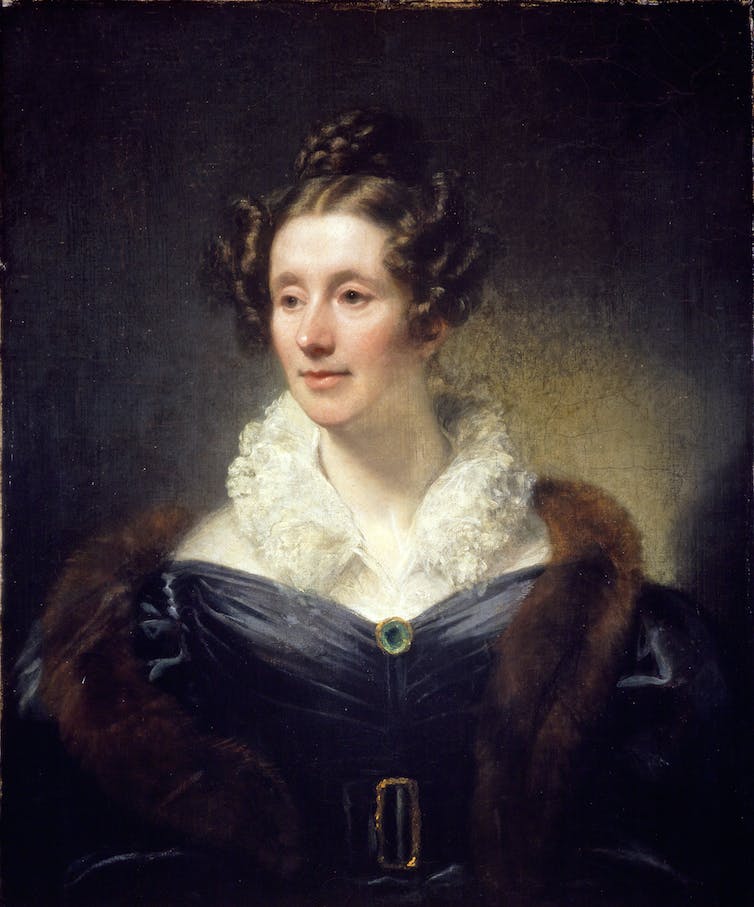 Oil painting of Mary Somerville who was a largely self-taught in science. National Galleries of Scotland

It is worth celebrating the fact that Somerville’s Mechanism was used at Cambridge as an advanced textbook in celestial mechanics – and at a time when women were not allowed to attend university.

Like Du Châtelet, Somerville was mostly self-taught. She understood the importance of science writing in educating the public, especially those denied formal education, and went on to write two best-selling popular science books: On the Connexion of the Physical Sciences and Physical Geography.

Another successful British female science writer in the early 19th century was Jane Marcet. Unlike those of Du Châtelet and Somerville, Marcet’s two books – Conversations on Chemistry and Conversations on Natural Philosophy – were aimed particularly at women.

They were built around conversations between two teenage girls and their female teacher. Unlike Fontenelle’s and Algarotti’s works for “the ladies”, these books were down-to-earth, non-patronising attempts to educate women in practical chemistry and physics.

But like those of Fontenelle and Algarotti, Marcet’s books proved popular with male lay readers, too – including the self-taught British physicist and chemist Michael Faraday, who went on to become co-discoverer of electromagnetism.

Read more: Let there be light! Celebrating the theory of electromagnetism

Biology was also progressing in the 19th century, but this had a downside for women. The discovery that women had smaller brains was used to reinforce the stereotype that women were incapable of intellectual study.

Somerville wrote movingly on how this affected her life. She would have been thrilled to read this year’s book by female neuroscientist Gina Rippon, The Gendered Brain, which asserts that brain plasticity and connectivity should displace old notions of gendered brains.

Do women and men have different brains? An interview with Gina Rippon.

Rippon’s is one of a growing number of female-authored popular science books on all aspects of science, and it is also an example of how women can contribute important new perspectives to scientific topics.

Another example is the ecological perspective of pioneering biologist and science writer Rachel Carson, whose 1962 Silent Spring played a leading role in launching the modern environmental movement.

Scientific understanding is often driven initially by a reductionist approach, and Carson was the first to clearly point out the role of artificial pesticides on the whole food chain.

Then there’s the question of ethics in science. Rebecca Skloot’s 2010 book The Immortal Life of Henrietta Lacks tells the little-known story of the 1951 illegal harvesting and selling of cells from poor black farmer Henrietta Lacks.

Having diverse voices of all kinds in science and science writing is a good thing for science, as even a brief look at history shows. As far as women’s participation goes, we’ve come a long way.

But we still need more women to help shape and tell the story of science.