Women’s genitals are as diverse as our faces, as you can see in the Labia Library photo gallery. We are accustomed to some faces being accepted as “beautiful”, and know that the standard varies across time and culture. We may be less familiar with the idea that similar judgements are made about the vulva.

The vulva includes the inner lips (labia minora) and outer lips (labia majora), the clitoris, and the vaginal opening. Labia can be long or short, wrinkled or smooth, dark or light. One side is often longer than the other, consistent with the asymmetry of most body parts. The exterior of the clitoris can be pea-sized or as big as a thumb. 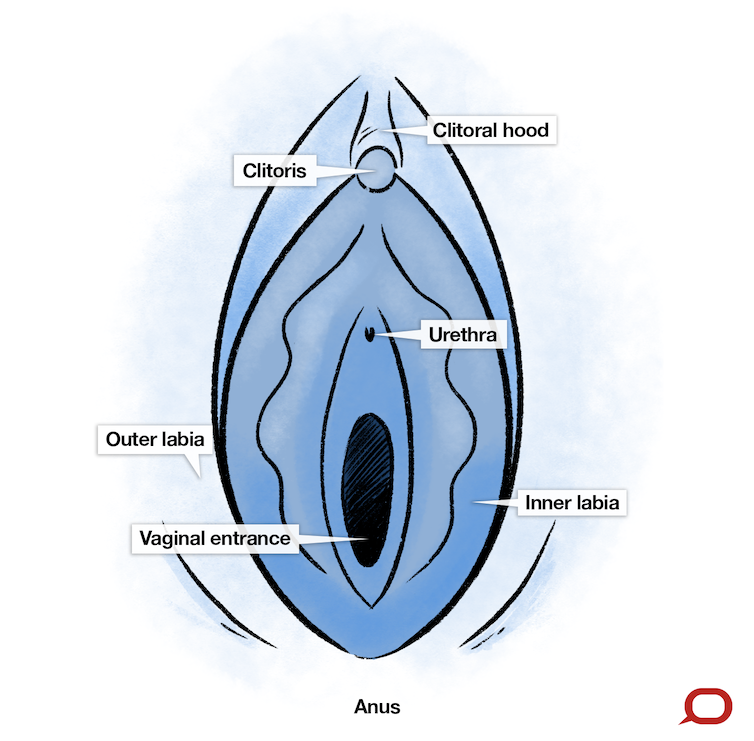 Wes Mountain/The Conversation, CC BY-ND Just as some people seek cosmetic surgery on visible parts of their bodies, women have resorted to cosmetic surgery on their genitals to make them resemble an ideal. The Western ideal vulva is represented by the Barbie doll: “a clean slit”. More than half of GPs surveyed in 2016 reported being consulted by women and girls wanting genital cosmetic surgery. Read more: What's normal, anyway? GPs should discourage women from unnecessary genital surgery But what do women see when they search for cosmetic surgery? Doctors advertise online, offering procedures including labiaplasty to reduce the labia minora, reduction of the clitoral hood, and plumping up of the labia majora. Our research team wanted to learn what was in popular websites advertising Australian clinics, and analysed 31 websites in 2016. The same or similar websites came up in our search this week. Websites gave a strong impression that female genitals diverging from the “ideal” need surgery. Although most websites acknowledged that vulvas were naturally diverse, they used language that pathologised any appearance other than a Barbie doll. Visible labia minora were described as “hypertrophic” (showing excessive growth), which sounds like a medical diagnosis. According to one doctor: The primary goal of labiaplasty is to reduce the size of the labia by surgically removing excess skin and shaping it into a more youthful and attractive form. Websites didn’t say why it was better to be youthful than mature in sexuality or sexual organs. “Youthful” implies a yearning for women who are compliant and self-effacing, with no alarming sexual organs and presumably sexual needs. Websites also emphasised the need to be “feminine”, with a “neat” and “tidy” vulva, conjuring up images of a 1950s housewife. These doctors reinforced the idea of binary sex, in which women must look undeniably female, with no visible clitoris. One website claimed a protruding clitoris “can feel and appear like a very small penis, which can cause deep insecurity and sexual anxiety”. “Excess, floppy or uneven Labia Minora” justified cosmetic surgery, as did psychological, emotional, and physical discomfort. These were often described as “symptoms” requiring surgery to improve women’s health and well-being. According to one website: The truth is that relationships, exercise, even dressing can be negatively impacted by a large inner or outer labia. A typical “patient testimonial” claimed that, after labiaplasty, “Suddenly empowered, I felt more womanly than ever.” Large labia minora were said to be “unhealthy and unhygienic”. Women were warned that, should “symptoms” be left “untreated”, they would worsen and “contribute to an unpleasant smell developing in the sensitive area”. Only one website talked about the lack of evidence to support claims about hygiene: There is no evidence to suggest that labiaplasty surgery can reduce problems with recurrent thrush or address hygiene concerns or problems. It was also claimed on some sites that women’s sex life would improve because they would no longer be anxious about the way their genitals looked, and because cutting off visible labia minora would make women more attractive: It will be very apparent to your sexual partner that the external structure of the labia will have been altered visually—namely they’ll be smaller and better aligned. Your sexual partner will clearly notice this change for the better. Some websites claimed cosmetic surgery had nothing to do with fashion or social pressure and everything to do with individual choice: Labiaplasty is an individual consideration. It is not merely the domain of strippers or porn stars. It can improve the physical and psychological quality of life for women who [are] affected by genital irregularities. […] Part of being a woman is not ‘putting up with it’ but taking control by having access to choice.“ The sales pitch emphasised that labiaplasty was "simple,” “safe and pain-free”, “one-hour surgery”. The websites’ primary interest appeared to be commercial. While most doctors showed awareness of at least some ethical practices (including risks or side-effects, usually described as “rare”), few gave evidence of practising ethically, such as performing surgery only on adults. Only two warned of potential loss of sensation or the harmful effects of scarring. Three websites did recommend that women seek a second opinion and another required a recommendation from an independent doctor. 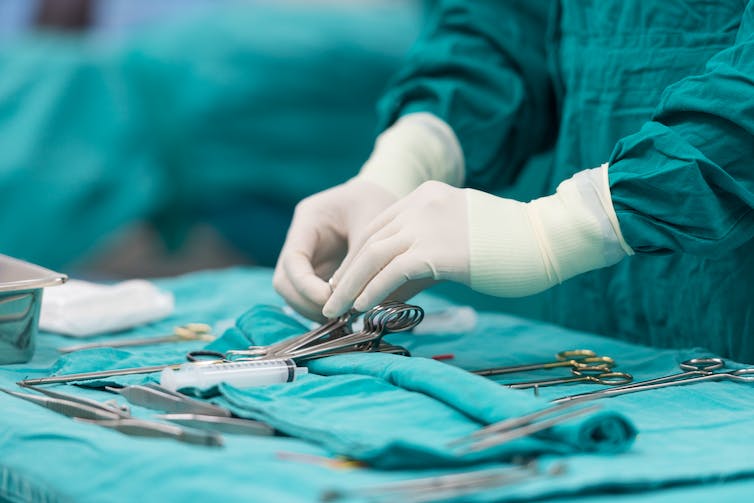 Genital cosmetic surgery can cause loss of sensation and scarring. Shutterstock Of course, doctors may practise ethically without giving details on their websites. However, it could be considered poor ethical practice to persuade women they need surgery on genitals showing no evidence of abnormality. Medical organisations point to the lack of “high-quality evidence” to support female genital surgery for cosmetic reasons. The Royal Australian and New Zealand College of Obstetricians and Gynaecologists, for example, dismisses claims cosmetic genital surgery enhances sexual function or women’s self-image. The college has also raised concern that such surgery may exploit vulnerable women. While supporting genital surgery for female anatomy following trauma, mutilation or congenital anomalies, the Australian Federation of Medical Women opposes the promotion of surgical techniques that make unproven claims about sexual satisfaction or attractiveness: promoting and performing such surgery carries significant risks of physical and psychological harm to women and girls. Because these websites represent GPs and surgeons, they carry the weight of professional and scientific respectability, which gives power to their message: women’s most intimate bodies need to be shaped to conform to fashion or beauty ideals. The first principle of medicine is to do no harm. Encouraging women to cut off bits of their genitals to suit a fashion trend or social constructions of womanhood has at least the potential for harm. The time has come for stricter regulation and monitoring of medical advertisements rather than of women’s bodies. Read more: Vulvas, periods and leaks: women need the right words to seek help for conditions 'down there' This research was conducted by Kimberley Chibnall during her honours year towards the degree of Bachelor of Health Science, under the supervision of Maggie Kirkman and Karalyn McDonald.