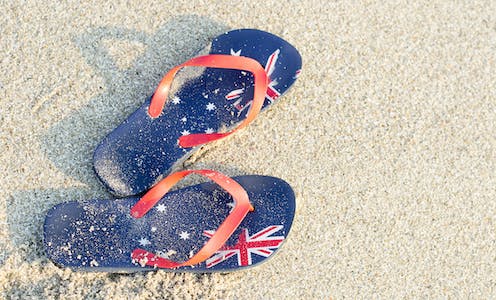 In the latest instalment of the culture wars surrounding Australia Day, Prime Minister Scott Morrison on Sunday said he plans to force councils to hold citizenship ceremonies on January 26. The announcement was spurred on by a few local councils’ decisions to move citizenship events to a different day out of respect for Indigenous people.

Morrison claimed he was protecting the day from those trying to “play politics”. And opposition leader Bill Shorten, as well as others on social media, accused the prime minister of playing politics himself.

Since 2018, as part of a larger ongoing project exploring culture wars and local politics, we have interviewed eleven councils across the country who have taken the most prominent actions relating to January 26. These councils are generally Greens and Labor dominant.

Some, like Yarra and Darebin, ignited a veritable media storm over plans to “dump” Australia Day citizenship ceremonies. Others, such as Flinders Island, have flown largely under the radar.

All of them, however, take seriously the inclusion of Australia’s Indigenous heritage and multicultural diversity in our national day. Our interviews show Morrison’s portrayal of councils “playing politics” is out of step – councils are reflecting the wishes of their community members.

Read more: Why a separate holiday for Indigenous Australians misses the point

The cancellation of citizenship ceremonies on January 26 has been a sticking point for the federal government. In 2017, all 537 councils in Australia received a strongly worded letter from assistant immigration minister, Alex Hawke, warning them:

Local councils are now on notice that if they politicise Australian citizenship, the Government will see it as a breach of the [Australian Citizenship Ceremonies] Code and take appropriate action.

But with a couple of notable exceptions, namely Yarra and Darebin councils who had their rights to hold citizenship ceremonies stripped, the other councils we spoke to have refrained from touching the citizenship matter.

Some councils have simply sought to hold alternative events either on or close to January 26 that would be more inclusive of Indigenous communities. Mayor of Byron Shire Council in regional NSW, Simon Richardson, long felt January 26 celebrations divided the local community:

The Arakwal Indigenous mob will come to our events, do the Welcome to Country, but it offends them celebrating on a day that really marks a complete change to their 10,000-year-old culture, I wanted an event where we’re all together.

Wary of the federal government’s warning, other councils did not want to shift citizenship ceremonies from January 26. But they did want to use them as an opportunity to educate Australia’s newest citizens about the country’s history.

Another regional council in NSW, Lismore, has taken efforts to ensure ceremonies held on Australia Day are as inclusive of the local Aboriginal community as possible. And they never refer to the events as a “celebration”.

Local councils sit at the coalface of the communities they serve and must respond to different needs and concerns. As David O’Loughlin, president of the Australian Local Government Association said: “if they’re reflecting their community’s interest, that’s their job.”

Two of the most prominent councils to cancel Australia Day celebrations and ceremonies, Yarra and Darebin in inner Melbourne, were responding to ongoing discussions with local Wurundjeri people who found the date painful and uncomfortable. Former Yarra Mayor, Amanda Stone, told us council knew from these discussions the Wurundjeri felt “this wasn’t a day for [them]” and wanted people to have “an understanding of what the date meant to them”.

Other councils thought it important to lead on decisions relating to January 26. Byron Shire’s plan to shift Australia Day celebrations was motivated by the sentiment non-Indigenous Australians should be the ones driving change. For Mayor Richardson, this was important to ensure that the local Indigenous community did not “cop the backlash when it’s white fellas who have been responsible for the wrongdoing.”

On consultation with the Arakwal people, Richardson said:

Their basic response was ‘leave us out of it, it’s a council issue’. Though they supported the change to our 26 January event, they wanted to make it clear that the idea was council’s, not theirs.

Lismore City Council conducted extensive consultations on changing the date of Australia Day with local communities, the results of which were handed over to the federal government.

And although they still run celebrations and citizenship ceremonies on January 26, Hobart City Council in Tasmania has formally supported the Change the Date campaign in recognition of local Aboriginal views.

The issue is not going away

Despite the different ways in which local councils have handled January 26, there is one thing on which they all agree – the issue is not going to go away.

Some councils, like the Inner West in Sydney, have already seen multiple notices of motion raised. The first, submitted by Greens councillor Tom Kiat, “asking Council to recognise Invasion Day and to reallocate the funds currently designated for their Australia Day event to an Indigenous-led one” was knocked back.

But a few months later, a mayoral minute was passed asking council officers to conduct a “consultation with the local Aboriginal community and the wider community about how the nature of Council’s January 26 events should further evolve to recognise the history of Indigenous Australia.”

Read more: Why Australia Day survives, despite revealing a nation's rifts and wounds

Despite speaking to only a small fraction of local councils across the country so far, there is good reason to believe the Australia Day debate will become more pronounced each year.

Some, like Adelaide City Council, have told us in no uncertain terms that the date of our national holiday is a federal matter and beyond their remit. But as more councils debate the matter, it’s clear Australians are starting to think about what it would mean to include Indigenous peoples as equal partners in our national day.

Enforcing citizenship ceremonies on the day is not going to change this, nor is banning boardies and thongs.