Whether you were born in December, January, August or September can have a significant and long-lasting impact on your life. Our new research shows your birthday month may also contribute to shaping your personality. In particular, we found people’s self-confidence can significantly differ because of their month of birth.

The reason isn’t your astrological sign, but rather the role your birth date plays in deciding when you enter school. Most countries specify when young children should start school using a cut-off date in the year.

The relative position of your birthday to the school cut-off date has one important consequence: it determines whether throughout primary and secondary school you are among the older, more mature, taller students in the class or not.

It’s well known that relative age at school can have a long lasting impact. A large body of research has shown, for example, students who were relatively old among their peers are more likely to become professional sports players. This pattern is evident across a wide range of sports in many different countries with different cut-off dates: soccer, ice hockey and AFL.

Famous footballers who were relatively old among their peers include for instance Pep Guardiola, the current manager of Manchester City. 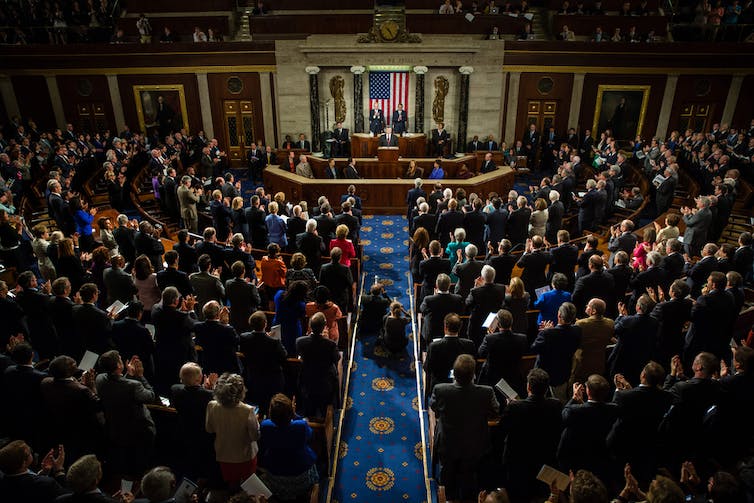 In a previous study, we found US Congressmen are more likely to have been relatively old among their peers at school. from www.shutterstock.com

Studies have also found relatively old students do better at school. Even though the advantage tends to decrease over time, they are still slightly more likely to go to university. The long term impact on professional achievement doesn’t seem very large, but in some highly competitive environments, people who were relatively old at school are substantially over-represented.

The role of self-confidence

Our research suggests one of the main reasons for this “birthday effect” is the impact of relative age on self-confidence. Recent research shows children who enjoy being ranked relatively high compared to their peers have higher self-confidence. Being relatively old among your peers tends to place you higher in the distribution of achievement. Children who enjoy this throughout childhood can end up being more confident in their aptitude and carry this confidence with them later on.

Read more: When to send a child to school causes anxiety and confusion for parents

To test this idea, we conducted two studies. The first was with Australian school children in years eight to nine (13- to 15-year-olds) born one month apart from the school cut-off date.

We surveyed 661 children about their tendency to take risks and to feel confident. We found evidence some of the relatively old boys tended to be more competitive than their peers.

In the second study, we surveyed more than 1,000 Australian adults (24- to 60-year-olds) who were born on different sides of the cut-off date in their state. We found those who had been relatively old at school were more confident in their ability in a task involving simple mathematical calculations. They also indicated they were more willing to take risks in their lives than those who had been relatively young. 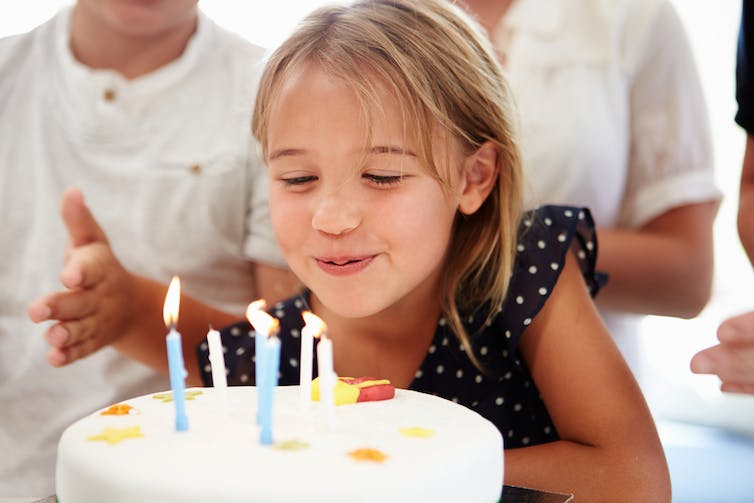 The main impact of the ‘birthday effect’ is on self-confidence. from www.shutterstock.com

Policies to mitigate the birthday effect

In a world where self-confidence and risk-taking is rewarded, these traits can give them an edge. Those who were relatively young may be at a disadvantage.

Understanding the somewhat unexpected effect of birth dates on personality traits is important. It can inform policies to mitigate the relative age effects.

For instance, it can help educators in their assessment and fostering of each child’s potential. In particular, it can help inform the design of curriculum and assessment programs to avoid the unintended penalty imposed on relatively young students who were born before the cut-off date rather than after it. It also means grouping children based on ability across age range may be a better solution than strict age-based classes.