There are seven species of Apis honey bee in the world, all of them native to Asia, Europe and Africa. Apis mellifera, the western honey bee, is the species recognised globally as “the honey bee”. But it’s not the only insect that makes honey.

Many other bee, ant and wasp species make and store honey. Many of these insects have been used as a natural sugar source for centuries by indigenous cultures around the world.

Read more: What is fake honey and why didn’t the official tests pick it up?

By definition, honey is a sweet, sticky substance that insects make by collecting and processing flower nectar. The commercial association between honey and honey bees has mostly developed alongside the long-term relationship between humans and domesticated honey bees.

This association is also supported by the Codex Alimentarius, the international food standards established by the United Nations and the World Health Organisation. The Honey Codex mentions only “honey bees” and states that honey sold as such should not have any food additives or other ingredients added.

Biologically, there are other insect sources of honey. Stingless bees (Meliponini) are a group of about 500 bee species that are excellent honey producers and are also managed as efficient crop pollinators in some regions. Stingless bees are mostly found in tropical and subtropical regions of Australia, Africa, Southeast Asia and the Americas.

Their honey is different in taste and consistency to honey bee honey. It has a higher water content, so it’s a lot runnier and tastes quite tangy. Stingless bee honey is an important food and income source for many traditional communities around the world.

Harvesting “sugarbag”, as it’s known in Australia, is an important cultural tradition for indigenous communities in northern and eastern regions. 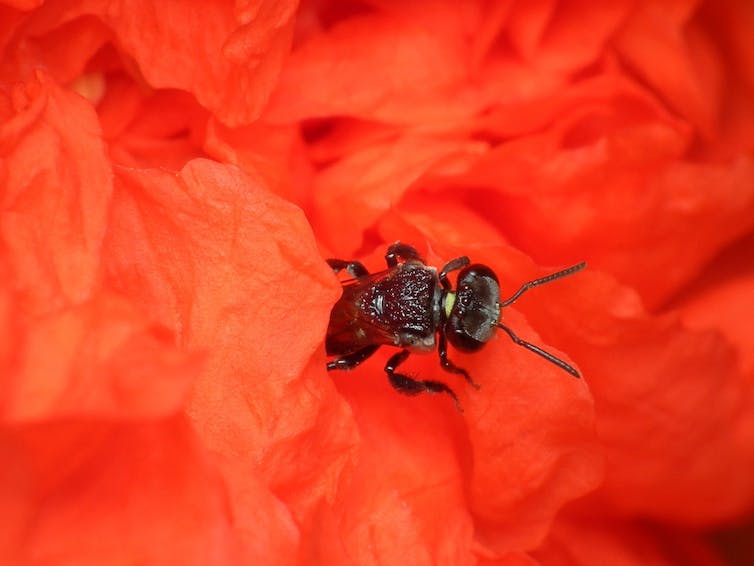 Bumblebees also make honey, albeit on a very small scale. The nectar they store in wax honey pots is mostly for the queen’s consumption, to maintain her energy during reproduction. Because very few bumblebee colonies establish permanently, they don’t need to store large quantities of honey. This makes it almost impossible to manage these bees for honey production.

Bees aren’t the only hymenopterans that make honey. Some species of paper wasps, particularly the Mexican honey wasps (Brachygastra spp.), also store excess nectar in their cardboard nests. Local indigenous communities value these wasps as a source of food, income and traditional medicine. 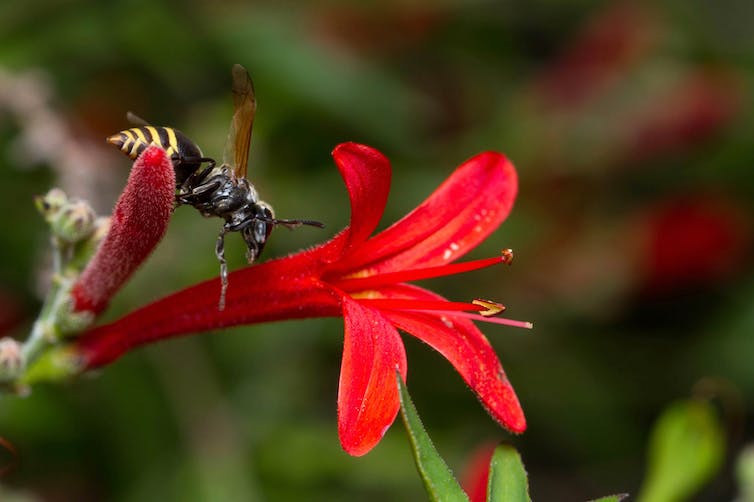 Ants have similar lifestyles to their bee and wasp cousins and are common nectar foragers. Some species also make honey.

“Honeypot ant” is a common name for the many species of ant with workers that store honey in their abdomen. These individuals, called repletes, can swell their abdomens many times the normal size with the nectar they gorge. They act as food reservoirs for their colony, but are also harvested by humans, particularly by indigenous communities in arid regions. 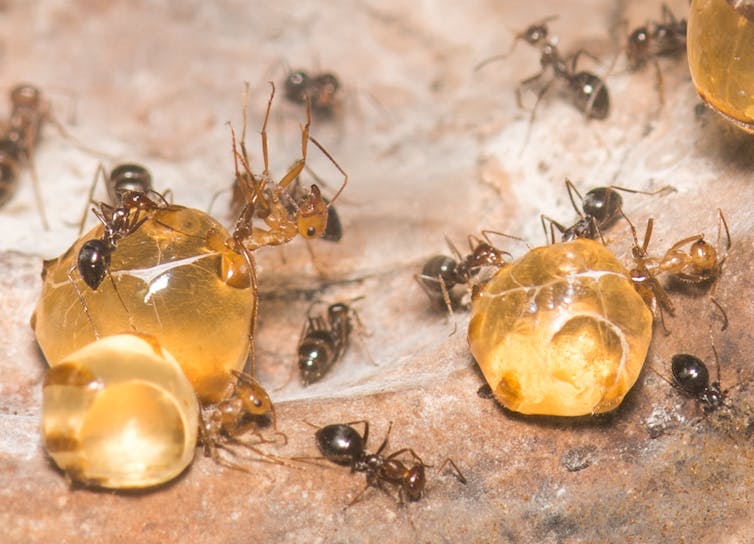 Aphids and scale insects aren’t all bad – they produce a delicious sugary syrup called honeydew. We mostly know these insects as garden and crop pests: warty lumps huddled on plant stems, often coated in sticky honeydew and the black sooty mould that thrives on the sugar.

Males of these insect species are usually short-lived, but females can live for months, sucking plant sap and releasing sweet sticky honeydew as waste from their rears. The sugar composition varies greatly depending on both the plant and the sap-sucking species.

Honeydew has long been a valuable sugar source for indigenous cultures in many parts of the world where native honey-producing bees are scarce. Many other animals that seek out floral nectar, like bees, flies, butterflies, moths and ants, also feed on honeydew. It’s an especially valuable resource over winter or when floral resources are scarce, and not just for other insects; geckoes, honeyeaters, other small birds, possums and gliders are all known to feed on honeydew. 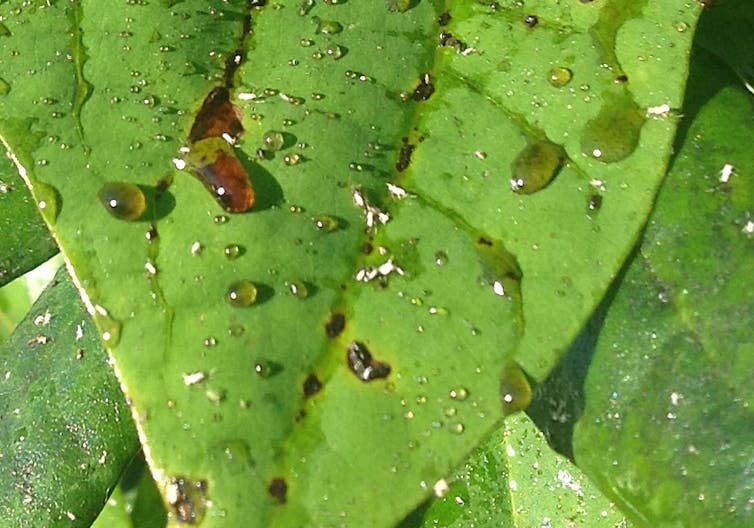 It’s also an indirect source of honey bee honey: plant sap that has been recycled through two different insect species! Honey bees are well-known honeydew collectors. In some parts of Europe, honeydew is an important forage resource for bee colonies.

Honeydew honeys have a unique flavour, depending on the host tree the scale insects were feeding on. Famous examples of this specialty honey are the German Black Forest honey and New Zealand’s Honeydew honey.

So why not find out a bit more about what insects are producing honey in your local region?