It’s hard to read the recent felling of Prime Minister Malcolm Turnbull as anything other than an act of revenge by Tony Abbott and his closest supporters.

This judgement fits with everything we know about the humiliation and embitterment Abbott and his conservative allies felt after Turnbull toppled Abbott in a leadership spill in 2015.

Read more: If the Liberals have any hope of rebuilding, they might take lessons from Robert Menzies

It also accords with what modern psychology and social science would lead us to expect in circumstances where a person or group experiences what they perceive to be unjust treatment at the hands of an adversary. The feelings of grievance and damage to the ego can often only be ameliorated by revenge against those who inflicted the harm.

Such feelings, and the aggression they cause, apply no less to politicians such as Abbott and his conservative colleagues than they do to anyone else.

How then, can revenge become a force that controls us?

The predisposition to harm those who are perceived to have harmed us – the essence of revenge – is a fundamental human desire.

Cultural and legal deterrents against “taking the law into your own hands” might mitigate the destructive potential of vengeful behaviour, but it can never fully remove it.

That’s why we observe revenge in all societies and walks of life, including politics. It’s what Francis Bacon, writing nearly 400 years ago, warned of as a kind of “wild justice” that can destroy both the avenger and their victim.

Shame and humiliation, typically caused by the perceived erosion of respect and esteem in the eyes of others, are particularly important instigators of vengeful thoughts and actions. When others undermine our feelings of self worth, this often triggers resentment and rage and the desire to strike back against one’s tormentors. 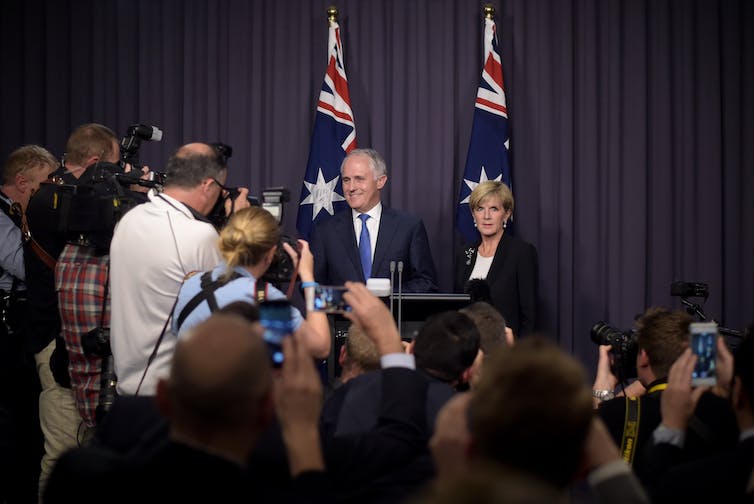 Doing so constitutes a form of emotionally gratifying communication. The avenger “teaches” the object of revenge a lesson. They make the victim of revenge feel what they once felt, communicating a psychologically satisfying message of righteous redress to the victim, third parties and, most importantly, themselves.

The substance of this message varies, but typically includes assertions about the resolve of the avenger to uphold rights that have been violated, to preserve respect that has been threatened, and to shore up social and personal honour that has been besmirched. The avenger demonstrates to themselves and the world they are somebody not to be crossed. 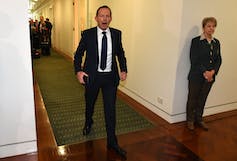 Psychologically, this helps the avenger restore an ego deflated by their previous humiliations. Revenge, to put it bluntly, helps the humiliated person feel better about themselves. It helps them cope. They take satisfaction in the knowledge the source of previous harms is now being punished, and that they deserve their punishment. This is why revenge has often been described as “sweet”.

Modern neuroscience and psychology affirms that revenge is indeed sweet. Inflicting harm on those who have previously harmed us arouses feelings of pleasure in those parts of the brain regulating emotion. Even thinking about or planning revenge - the so called “revenge fantasy” - releases feel-good chemicals in our brains.

This is why we can become so preoccupied and even obsessed with vengeful thoughts. The more we think about revenge, the more we reinforce neural pathways that trigger those thoughts and release those chemicals. We can become addicted to the feeling of revenge, which can lend a certain vindictive cast to a person’s character.

Such a character trait typically manifests itself when the person feels themselves, or persons and groups with whom they identify, to be the victim of an injustice. Revenge fulfils what justice demands. Revenge erases unjust humiliations. It turns the world right side up again. Vengeful acts are thus always redemptive acts – or at least, that is the hope. More often than not, they end up being hugely destructive acts.

The destructiveness of revenge - a common literary theme from the ancient Greeks, through Shakespeare to contemporary writers - can be understood in two senses.

On the one hand, the victim and perpetrator of revenge can both be damaged. The reasons are obvious in the case of the victim. For the perpetrator, the destructiveness arises from being consumed by vengeance. This can overtake all rational judgement about what is in the avenger’s interests, and what is a proportional response to a perceived harm. Sometimes, no price seems too high to pay to realise revenge.

On the other hand, revenge can be hugely destructive because it unleashes cycles of further revenge and counter revenge. Anthropologists confirm instances of tribal warfare in the New Guinea Highlands, and blood feuds in Mediterranean peasant societies, where cycles of revenge have lasted for generations, long after the source of the original conflict has been forgotten.

Today’s political parties are not immune to such human failings. In fact, where towering personal ambitions meet huge but often fragile egos, vengeful behaviour is inevitable.

While all of this “madness”, as Turnbull called it, was not just the product of vengeance - deep ideological fractures within the Liberal Party and Australia more generally were just as important - it was nonetheless a key ingredient.

Read more: Grattan on Friday: The high costs of our destructive coup culture

Conservatives harnessed vengeful motives to their broader efforts to re-capture the Liberal Party. In so doing, they became slaves to their emotions, animosities and personal ambitions. They will now pay the electoral price.

When they do, we can expect further vengeful recriminations. Such is the logic of “wild justice.”