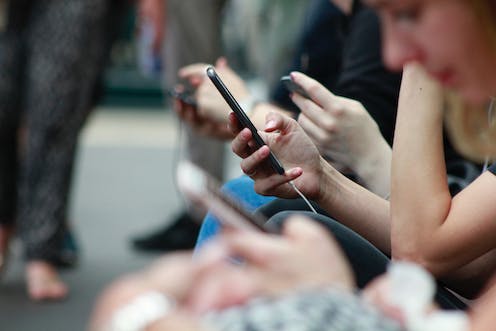 Read more: Explainer: why Chinese telecoms participating in Australia's 5G network could be a problem

Australia’s 5G is likely to be up and running sometime in the next few years, with some trials already underway.

Nevertheless, widespread rollout needs equipment to be purchased, tested and deployed. It needs sites to be obtained for base stations. It needs software upgrades to billing and management systems. So it’s likely to be a little way off yet.

The nuts and bolts of a network

5G will have the same high level architecture as previous cellular networks, but the intricate details are very different.

The mobile device might be a smart phone, tablet, or a computer with a USB dongle, but could also be a low-cost sensor with a simple transmitter.

The core network’s main role is to set up communication with other devices and other networks, user management and record information for billing.

Each generation of cellular networking has introduced radical changes to what the network does and how it does it.

Previous generations have seen communications moving from analogue to digital, have introduced data services, have moved to a simplified architecture, have increased the data speed available to end users and increased bandwidth efficiency.

Read more: Only with urgent change can Australia's mobile networks meet our voracious demand for data

How is 5G different?

Many of the changes introduced by 5G will be in the base stations and core network. These are less apparent to end users, but very important for the network operators.

5G will make use of much higher frequencies for radio communications than has been used in cellular networks in the past.

Since higher frequencies attenuate (weaken) with distance more rapidly than lower frequencies, 5G will use much smaller cell sizes than previous generations. In urban areas cell sizes might only be a few hundred metres in diameter.

Small cell sizes make available previously unused radio frequencies – but introduce additional complexity in managing interference and handover of mobile stations from one base station to another.

5G will also support very large numbers of devices per cell. One of the working parties developing 5G standards specifies a minimum of one million devices per square kilometre.

Being able to support such large numbers of devices is important for the “Internet of Things” – where household devices and machinery are also connected to the internet.

5G will make use of sophisticated signal processing techniques such as Multi Input, Multi Output (MIMO) antennae – which will improve the efficient use of bandwidth.

Because the frequency is higher, the wavelength is smaller (around one millimetre). Optimal antenna size is related to the wavelength. Small wavelengths mean more antennae can be used per mobile node than has been possible in the past which is the basis of MIMO.

Another significant change for 5G will be to centralise much of the processing that in the past was carried out at the base stations. Dealing with the high density of devices and doing sophisticated processing requires a great deal of computing power. Rather than having each base station doing it, the raw data will be transmitted to a central location and be processed there.

China’s Huawei has taken a leading role in the development of 5G. It has made substantial contributions to the standards development process and has been among the first to carry out substantial trials.

China is expected to be the largest global market for 5G with some predictions of more than 400 million connections by 2025.

Will my phone service improve?

Once it’s up and running, the main change for 5G users will be increased speed and reduced delay.

Plans are for peak data rates of around 20 gigabits per second (Gbps) down to the receiver, and 10 Gbps up to the base station. The delay (the time taken to get a packet from the mobile device to the base station) will for most users be less than 4 milliseconds.

Fixed wireless setups are already operating in Europe that use technologies we know will be used in 5G.

However, even though we know what technologies 5G will use, the detailed standards for mobile cellular networks are still to be formalised. Without them, companies cannot produce networking equipment and handsets.

Telecommunications companies need to find sites for the base stations, install the systems and upgrade their software. Consequently, we are still a few years off widespread deployment.

And we don’t know who will build it in Australia.