Over the past three decades the Miles Franklin shortlists have contained a healthy serve of history, from the poised historical fiction of authors such as David Malouf and Roger McDonald, to the past-in-present fabulations of Alexis Wright and Richard Flanagan. Another is Kim Scott, twice winner of the award, and part of the current shortlist with his most recent novel Taboo.

Scott’s literary output over the past two decades powerfully immerses and reimmerses itself in the same regional terrain of Western Australia’s southern coastal region – the traditional home of the Wirlomen Nyoongar people. Even more specifically, much of his work circles around one event, the Kukanerup Massacre.

This scene of traumatic horror, in which 30-40 Aboriginal men, women and children were killed, was a series of reprisal killings for the death of settler John Dunn in the 1880s. The massacre is vividly rendered in Scott’s Benang (1998). The blood of hanged Nyoongar bodies slowly drips into the ground and the land itself bleeds in empathetic response to inexpressible torment. 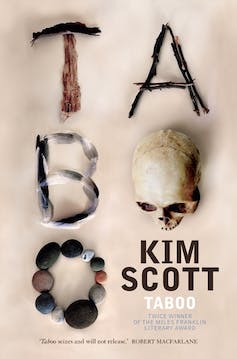 In Kayang and Me (a 2012 memoir co-written with Scott’s Aunty Hazel Brown) and more recently, Taboo, the massacre reappears, as if it is uncontainable, too complicated, traumatic, and politically vexed for any one story. Even more problematic, even for a storyteller of Scott’s calibre, is how to tell a story that the victim’s descendents may not necessarily want told. To speak of the massacre is the titular taboo, a cultural ban that has lasted over a century.

Since 2014, Australia has compulsively memorialised its national war history with televised memorial services from monuments in Gallipolli, Posierre and, this year, Villers-Bretonneux. In the coming weeks there will be events recognising The Battle of Mont St Quentin, breaking the Hindenburg Line and then, eventually, the armistice centenary on November 11.

Why do we want to recognise some events and “bury”, literally and metaphorically, others? Simply put, military histories – offensive and defensive positions, battles won and lost - are nationally palatable. Without wishing to downplay the very real suffering of soldiers, widows and orphaned children, some of Australia’s more respected thinkers agree that, a century on, we are now collectively “toploaded” with a degree of historical detail that makes remembering an old war paradoxically comforting.

There are so many other events we should also remember. While much colonial violence is woefully under-memorialised, Scott’s work, and particularly Taboo, shows us a way forward.

The plot of Scott’s Taboo has close ties to actual memorial events surrounding the Kukanerup massacre. In 2015, a sculpture and walk were officially opened near Ravensthorpe on Western Australia’s southern coast. Rather than marking a grave, the memorial references the wings of a wedge-tailed eagle and mallee-fowl. Likewise, the memorial walk uses natural features and details of the place, geography, animals and birds, people and the stories that tie people and place together. 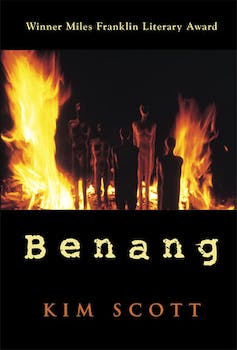 The memorial was the result of almost a decade in careful planning, and is evidence of a positive coming together of the Ravensthorpe farming communities and the Nyoongar people of the south coast, many of whom have been separated from this vital part of their ancestral country for many decades. Yet in some ways, the process of memorialisation that came before the monument was even more important.

In this way, Scott’s novel Taboo is an essential companion to the Kukenarup memorial. The book follows divided communities as they come together around the memorial, and the pain and angst of recognising a past palpably present. Many of these communities are ravaged with drug use, criminality, violence and other effects of intergenerational trauma that trouble Indigenous communities in settler states across the globe.

Scott’s novel is a poetic rendition of the complexities of remembering. Storytelling – shifting, engaged and participatory - is vital to this process. In Taboo, this is symbolised by a singing or “yarning” skeleton, revealed as soft river sands subside and with a story to tell. It’s a paradoxically heartening symbol compared to the blood-soaked traumascape of Scott’s earlier version of the massacre in Benang.

A curl of sand, or ash, in a twisting gust of wind reveal stories that exist to be told. Their time may at last be here.